Jerry West Likes The Lakers Chances Against the Suns

Jerry West’s deadly jump shot and tenacious defense made him one of the best guards in NBA history.  During his fourteen-year playing career with the Los Angeles Lakers, he was an All-Star every year of his career and led L.A. to the NBA Finals nine times.  He left the game holding records for career postseason scoring and the highest average in a playoff series and became known as “Mr. Clutch” for his knack to make a big play in a crucial situation.  There is a reason that his silhouette is on the NBA logo. 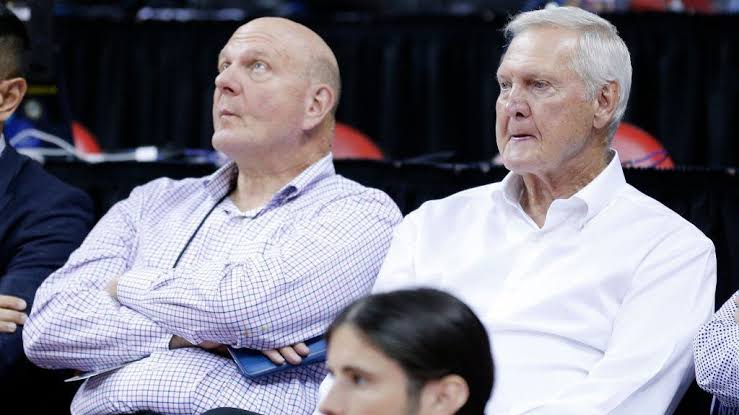 After his playing career, he coached for three years then went into scouting and eventually into the general manager role with the Lakers.  It was then that he rebuilt the franchise and made some key moves to get them back to their winning ways.  In the summer of ’96, he traded Vlade Divac for Kobe Bryant, signed free agent Shaquille O’Neal and then brought in Phil Jackson to coach the team resulting in a Lakers three-peat.  West then went onto be the GM of the Memphis Grizzlies but retired in 2007 after being involved in the NBA for nearly forty-seven years.  Since then he has enjoyed watching his son play for the University of West Virginia and spends his free time watching Lakers games. Jerry West joined the Dan Patrick Show to talk about what he took away from the Lakers vs. Jazz series, whether Kobe is playing down in the post more often later in his career similar to what Michael Jordan was doing, and whether he thinks Rajon Rondo is a truly great player or just having a great week at the right time for Boston.

What he took away from the Lakers vs. Jazz series:

“Well I think that it shows you that when you have a very good team there is a lot of components behind it.  Obviously, with Utah even with a bunch of injuries to some of their key players this year inhibited them, but the Lakers were just so dominant, their size.  I also think that the Lakers have the two best post players in the league, Pau Gasol and Kobe Bryant.  Kobe Bryant, probably the best one.  Their size and their determination, I think Kobe just watching him now looks healthier than I have seen him and he just has such an incredible drive to excel and win.  This did not surprise me at all.”

Whether Kobe is playing down in the post more often later in his career similar to what Michael Jordan was doing:

“Well I think Kobe, one of the things about him is if you watched him over the years he has just gotten better and better in all facets of the game.  Obviously with his strength and his size gives him an advantage over almost every player that he is playing against…  I think that Michael was much more of a jump shooter in there because of his ability to spring over people, but Kobe, the use of both hands in there and his footwork, I think really, really gives him an enormous advantage.   Being an offensive post player, that is a physical battle down there.  He just wears those guys out down there because of his strength and size and his determination.”

“Well, again, Phoenix, I have been really, really impressed.  They made a great trade with Charlotte, they really did.  That helped their team a lot and one of the throw in players that they got was that Dudley kid and he has played great for them.  I think that has made them a much more cohesive team and Dan I think the impressive thing about them is that they are guarding people now.  Grant Hill, who has been a fine player for so many years, and I think might have been one of the greatest players that we have seen if he had stayed healthy.  His defensive play has been just terrific for this team.  They really look like they like each other and they have great comeraderie. Alvin Gentry has done a hell of a job and Steve Kerr has brought some people in there that were seemingly just added pieces.  They play together as well as anyone on the team and Steve Nash is one of the most fun players to watch.  He is exceptional but their size again is going to bother them against this team.”

Whether he thinks Rajon Rondo is a great player or he is having a great week:

“I think that he is bordering on not being a great player but a superstar.  The thing about him, I think the reluctance with him is he is reluctant to shoot shots from the foul line in and people don’t play him there.  What it does is it allows defenses to shrink and make it more difficult for the other offensive players to have room to drive and create lanes for themselves.  But I think now he is starting to take that jumpshot from the foul line.  He looks a lot more comfortable in doing it, a lot more confident and he is a tremendous player, my goodness.  Every loose ball he gets, he is one of the best rebounding guards that we have in the league and to watch him play is fun.  He is so clever and his lateral quickness is just phenomenal and he has presented a real problem for that team and when you look at the comments made by the coaches they basically say he is their best player and  that is pretty good for a young player who is just starting his career to be honest with you.”