Halloween Is Over But The Rams Head Into the Bye Week As NFC West ContendersFollowing three seasons with six combined wins, and only one victory last season, the St. Louis Rams enter the bye week a half game behind the NFC West leading Seahawks.  Coach Spagnuolo stated before the season that winning the division is going to be their primary goal.  That remains the initial objective and his expectation levels have gradually increased each week because these aren’t the Rams we have all become accustomed to in recent memory.  They are competitive, with three of their four losses coming by a combined six points.  Add that with four victories, and the Rams are seriously thinking playoffs for the first time in years.  It doesn’t take much imagination to picture the Rams at  if a couple of plays had gone their way, but the Rams won’t be contenders for anything but a sixth straight season without a playoff appearance unless they start winning at least occasionally on the road. The Rams are 4-1 at home this season but 0-3 on the road.  Five of their final eight games are away from home, including four of the first five contests following the bye.  They can take a big step towards their goal by picking up their first road victory in two weeks when they visit the 49ers.Steve Spagnuolo joined ESPN 101 in St. Louis to talk about whether he had envisioned the team to win low-scoring games and winning them late in the 4th quarter, whether it is a relief to get to the bye week at 4-4 despite all of their injuries, and whether he would be inclined to look at a big-time player that is on waivers. 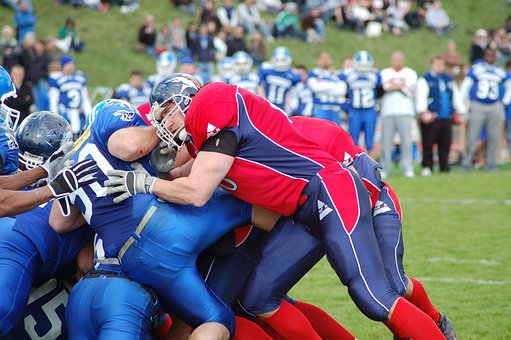 How he is going to treat the 2nd half of the season compared to the 1st half:

“I did tell the team this morning that they ought to feel good about where we are at right now and I say that going into the game because before the game we were 3-4 and now we are 4-4, so that is a positive thing.  Basically we had to climb our way back to .500 and we did that so we should feel good about it.  Having said that we know that we have got a tough road going ahead and the first one that we are going to face here in the second half of the season is going to be a real stiff  test that is out in San Francisco.  We know that they have a real good football team, I don’t care what their record says and those games are always tough ones, it’s an NFC West opponent.  So we will try to get a little healthy here during the bye week.  We will try and self-evaluate.  We’ll do some improvement things here on Wednesday and certainly wrapped into all of that we will be working on San Francisco.”

Whether he had envisioned the team to win low-scoring games and winning them late in the 4th quarter:

“I envisioned the winning part.  Somebody else asked me that today.  It doesn’t really matter how we win.  I was going to say that I would be OK winning 40-35, a win is a win but you don’t want to give up 35 points, but it really doesn’t matter.  I think that the way that game went there was a certain sense there about midway through the second quarter when we kind of all felt as coaches, I know I did, that this was going to be one of those knock down and drag them out.  Hey if you got to get 3 points, let’s get 3 points.  Let’s play good defense and not make mistakes.  Sam did a great job protecting the football, so did all of the runners and catchers, if you don’t turn it over and you are able to get some turnovers, you have got a pretty good chance of winning.”

On the team’s third down efficiency being pretty decent on both sides of the ball:

“It has been and it was particularly good defensively in the first half.  I don’t think that Carolina got a third down conversion in the first half which was terrific.  I believe the defense only played 17 plays in the first half so that in itself is good defense and then offensively we kept some drives alive.  We would like to convert every third down, I mean on offense, you would.  That is not realistically going to happen because of good football players on the other side of the field defensively.  Sam has been pretty productive that way on third down and I think that is a tale-telling sign to be pretty decent on third down because obviously teams are coming after you on third down, they know you are a young guy and haven’t seen a lot of things, but he has found ways to get the ball to the right people.”

Whether it is a relief to get to the bye week at 4-4 despite all of their injuries:

“A little bit of that.  I think Reggie Scott is doing a great job with the guys in the training room there with his staff.  Its been one of those years guys with a BANG here and a BANG there and you’ve got an ankle and a groin and we’re working through it.  Now to the team’s credit, I am talking about the whole team, coaches, trainers, equipment people, to the team’s credit even going through all of that we are a 4-4 football team.  I mean you could go back, every once in a while I will drift and say, OK we could be this or we could be that.  So we are what we are, we’re 4-4, I think it’s from where we have been and what we have gone through we’re at a good point.   We are in the thick of things now.  I told the team this morning that anything and everything that we want to achieve this year is alive, I will put it that way.”

Whether he would be inclined to look at a big-time player that is on waivers:

“I don’t think there is one there right now.  I just checked the waiver wire a little while ago.  So we will just have to wait and see if there ever is.”