The Green Bay Packers barely snuck into the playoffs, clinching a sixth-seed playoff berth with a 10-3 victory over Chicago in the regular-season finale.  Their road to the Super Bowl will be even tougher as they will have to win two more road games in a row after defeating the Eagles in Philadelphia on Sunday.  That win was Aaron Rodgers’ first playoff victory after completing 18 of 27 passes with three touchdowns and zero interceptions.  The Packers got a big boost from running back James Starks, who rushed 23 times for 123 yards, which was more than the rookie had in three games during the regular season.  Green Bay is now traveling to Atlanta where they will face the top-seeded Falcons on Saturday night.  Earlier this season, they played in Atlanta but lost a close game.  To avenge that loss, Rodgers and its receivers, along with their aggressive, stingy defense will have to play their best game yet against the NFC’s top-ranked team, which won’t be easy because Matt Ryan’s record at home in the Georgia Dome is 20-2.James Jones joined ESPN Radio Milwaukee to talk about how the play transpired when he caught his first touchdown reception against the Eagles, if playing in Atlanta earlier this season is any kind of advantage for them, and if he feels like the team has a balanced attack after the way James Starks played on Sunday. 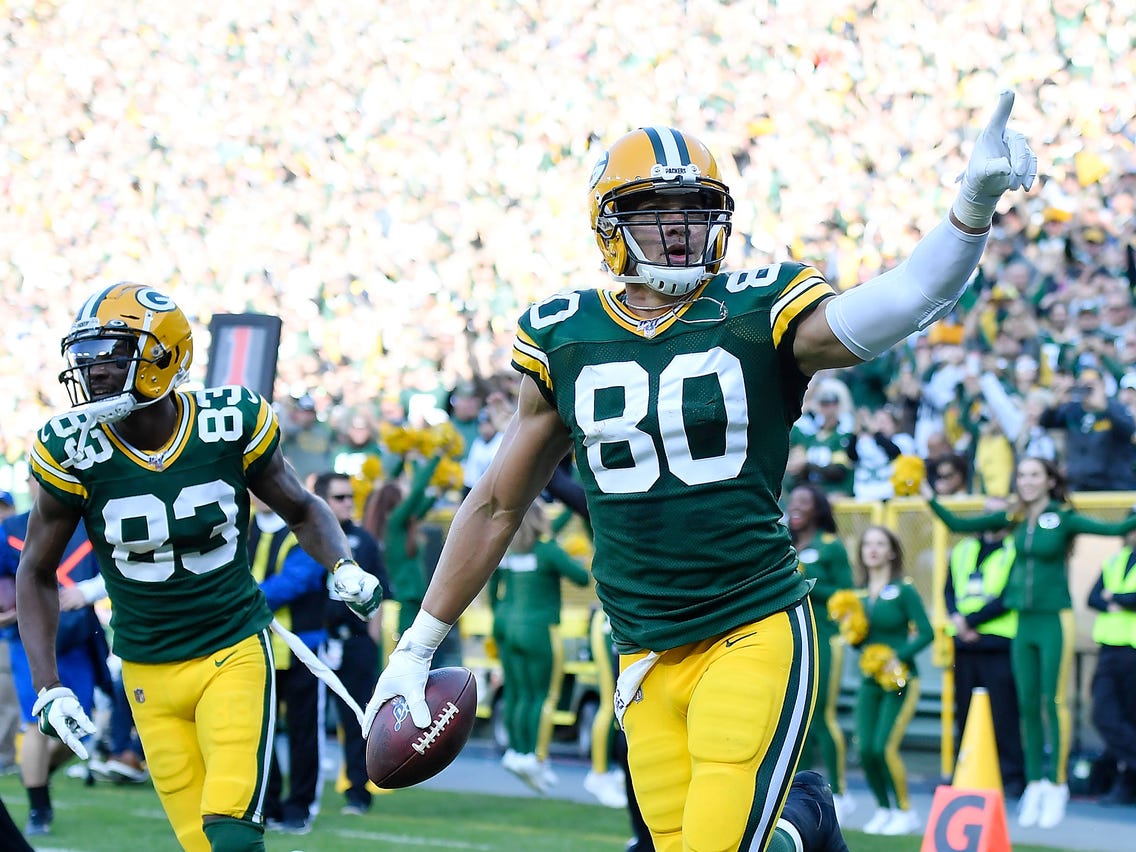 How the play transpired when he caught his first touchdown reception against the Eagles:

“We just had an ‘All Go’ on and Aaron had kind of flushed out of the pocket and he scrambled, and we work on the scramble drill in practice, and he was able to get the ball out of his hands and see me at the last second.  When he is scrambling you know that the balls are not always going to be perfect.  You know that you are going to have to go down at the ball and make a play and that is what I did and we were able to get seven.”

Whether his thumb injury had any effect on dropping the touchdown pass:

If playing in Atlanta earlier this season is any kind of advantage for them:

“It definitely gives us a boost of confidence because we have been to both of those places before so we understand what the environment is going to be like and things like that, but we are going in there to play a great football team and we feel like we are a great football team too.  It is going to be a dogfight and the team that plays the best on Saturday will win, and hopefully it is us.”

If he feels like the team has a balanced attack after the way James Starks played on Sunday:

“Yeah that definitely gives our offense another weapon the way James ran that ball.  If we continue to run the ball like that, as receivers they are going to have to put more players inside the box, and it will give us more one-on-one opportunities on the outside and we got to catch the football and drop the ball like I did.  It will give us more opportunities on the outside to make some plays.  If we can continue to just get James going, the running game going, eat some of that clock, put points on the board, we will be tough to beat.”