Eli Manning Appreciates Being Able to Call Peyton After Tough Games; No Word Yet If Peyton AgreesThey say misery loves company. Plenty of each, then, in the Manning family this week as both Peyton and younger brother Eli made plays that have been picked apart by sports media members in losses that moved them to the playoff bubble this week.Peyton Manning has taken heat, and rightfully so, for an errant pass on a deep ball against New England. That pass was picked off while the Colts were marching into field goal range in a  loss. Eli Manning suffered an even more embarrassing turnover, choosing to dive instead of slide, causing himself to fumble in a 10-point loss to Philadelphia.In the following interview, Eli says he usually speaks with Peyton and is glad to have him around, especially in weeks like these.Eli Manning joined ESPN Radio NY with the Michael Kay Show to discuss why he dove instead of sliding feet-first, correcting the Giants turnover problems, his turnover problems, the Giants’ playoff hopes, how they can get there without Hakeem Nicks and talking to Peyton after tough games. 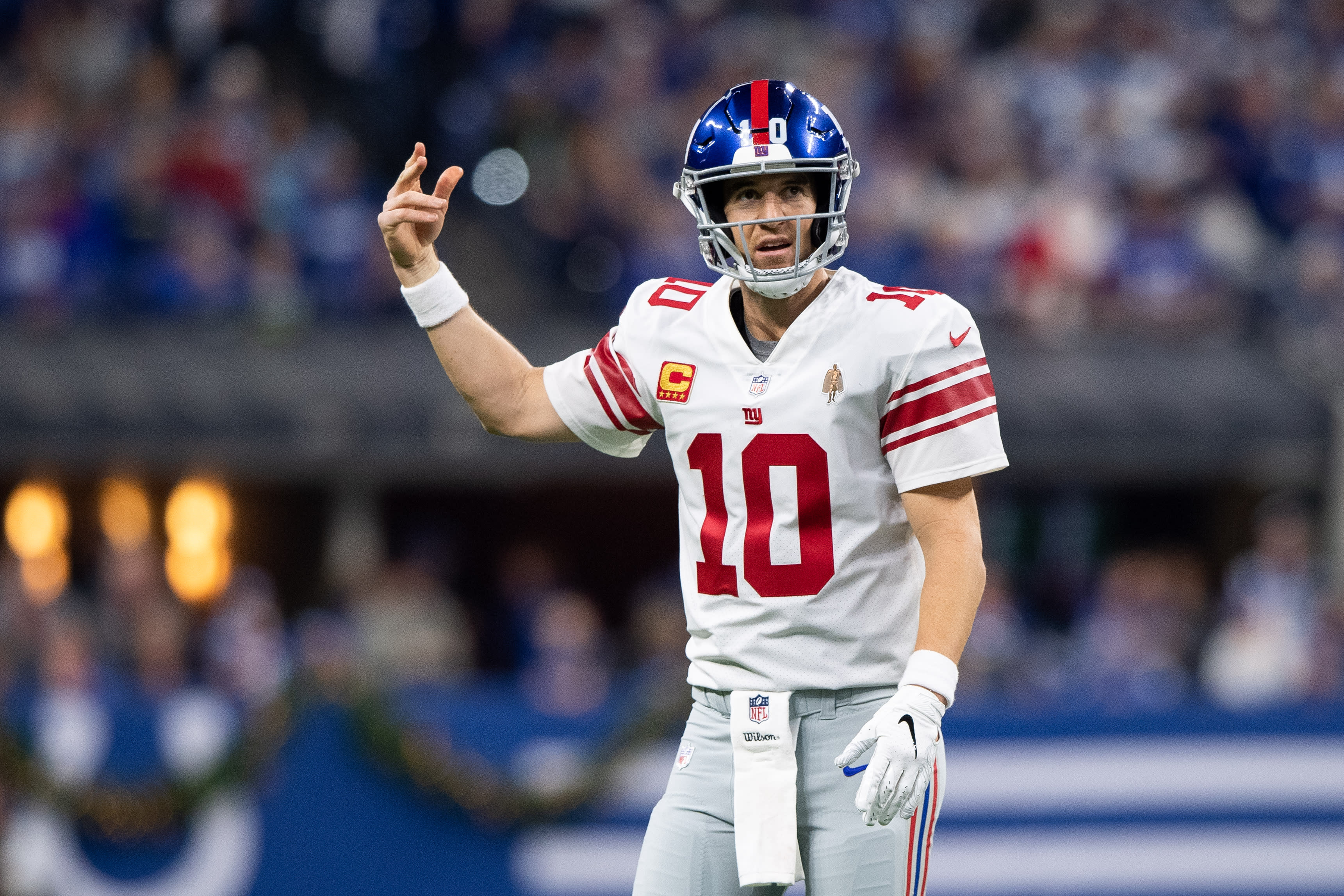 On diving instead of sliding:“

Just one of those things where it’s kind of just maybe just being a little too competitive thinking I could get more than what I should’ve. I knew I had the first down and was kinda thinking I could run by a couple defenders and split them. That’s what my mental process was telling me and then, all of the sudden at the last minute, I just wised up and said, ‘I’ve just gotta go down.’ It was just kind of too late to slow down, so I just tried to go down the fastest way I know how to and that was head first.”

On the Giants’ turnover problems:

On whether it’s hard for him to be the one to stand up and talk about correcting the problem when he’s a big part of it:

“Yeah, I mean, I think there’s certain times. All of the sudden, hey, it’s the fourth quarter and we’re down and it’s third-and-long or fourth down, you’ve got to fight and scratch and compete. There’s certain points in the game where we’ve got to get the extra yards or get the first down. It’s a must, game-on-the-line situation where, I don’t want to say you’re reckless, but you might take more chances. … Early in the game, second quarters, first quarters, you can’t force things. I grade myself and I look at my throws and I don’t feel like I’m forcing balls into tight areas.”

On whether the Giants are worried about the playoffs:

“We definitely have to put wins on the boards. You hope to finish the season playing strong and that’s what we’ve got to do. The football and the season can be streaky at times, so we kinda started off slow, got hot for a while, playing great football and we kind of reached a little lull. We’ve just got to regroup and find ways to win games.”

On going forward without Hakeem Nicks for a few weeks:

“Well, I think guys are just going to have to step up. We might just look at doing different personnel, not as much three wide receiver stuff, bring in some more tight ends in there, get Travis Beckum into the mix, get Kevin Boss some more catches. We’re going to have to be creative. I think when you see the best teams, everybody rallies around. It becomes truly team victories.”

On talking with Peyton when they have tough games:

“We usually definitely talk, but I have not talked to Peyton today. Did you see the end of his game?: “I didn’t see it live, but I saw it this morning, kind of read about it and saw it happen this morning. That’s football. He’s the best in the business and those plays happen. … It’s definitely great to have a brother, who plays the same situation, has dealt with some of the same things you’re dealing with and both of us, this week, coming off tough losses … it’s good to have someone to talk to and get stuff off your chest.”