Growing up as one of three brothers, I have a very strong definition of competition. I don’t want to lose… anything… ever. That’s the way it is. Anything and everything can be turned into a competition. Baseball, basketball and football? Of course. Video games? All of them. “Amazing catches,” “lightning,”” shoveling the driveway, finishing a meal, board games, craps (thanks Grandpa!), poker, cleaning the bedroom, riding shotgun (or not riding in the “middle”), spotting landmarks on road trips, flatulence, sports trivia, belching, approximately  variations of the game “hot box” – there really is not limit to what three brothers can create so that one of them can win.It’s inherent to want to be the best and to find was to be honored as the best. It’s probably no surprise that all three of us are now involved in sports professionally. Those battles have brought about a need to compete and to follow competition.The Manning family takes that to the next level by going to head-to-head in the NFL. Eli and Peyton, both Super Bowl winning quarterbacks go head-to-head this Sunday Night as the Giants take on the Colts. The matchup has only happened one time in the NFL previously. Peyton’s Colts won  over Eli’s Giants. That’s about the expected spread this week as Indianapolis hosts Manning Bowl II.New York Giants’ quarterback Eli Manning joined WFAN in New York with Boomer and Carton to discuss playing against his brother Peyton, cutting his head against the Jets in the preseason, getting comfortable with his receiving corps and establishing and identity for the New York Giants. 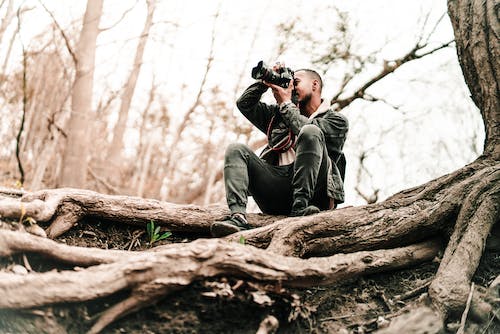 On if he gets tired of talking about Peyton:

“It’s been a lot better this year playing the Colts. With the fact that it’s the second game of the season. Last time we played them, it was the first time we had played them and it was the first game of the season so we had about four months where that was all anyone wanted to talk about it. This year, week two, you really only have to talk about it for one week. I think we have to have fun with it, just to enjoy the experience and how rare it is. We want to win. He got me last time we played. We are going to be fighting hard.”

On the Giants’ identity:

“I think we find ways to win games. It’s not always one way or the other. What made us special in years past is that we never got down on ourselves. We never got frustrated. We just kept fighting. We always found a way to get to the fourth quarter and find a way to win. That’s what I was most proud of about this last week. We got off to a terrible start – interceptions, tipped balls – but our defense kept us in the game. They kept getting us interceptions back. They gave up field goals instead of touchdowns. We finally got in our groove and making plays… We did what we had to do to win. We are going to run the ball. We are going to be physical. Our defense is going to get sacks and we are going to throw the ball when we need to.”

On if he realized how serious the preseason hit against the Jets was when it happened:

“I didn’t originally. I kind of watched the film and I saw I put my hand up to my head and knew I got hit there on the head. I saw the blood gushing out, I started to run off and thought, ‘Maybe I’ll take a knee and see how this works out for a second.’ I ran to the sideline. When you are bleeding, you know something is wrong, but when you can’t see it, you don’t know what it looks like. I am over there and they were putting pressure on it to cover it up. They took it off and Shaun O’Hara was to my right. I saw his expression on his face and I knew it was pretty bad. That didn’t look good at all. I wasn’t in great pain. That’s what I was happy about. I got cut on it. They took me in and stitched me up. That night I had some discomfort. The next day, no pain, no swelling. It’s healed up nicely now and I’ve got a cool scar to talk about.”

And on getting comfortable with his receiving corps:

“Our receiving corps has made great strides this year. When happens when you have young receivers, last year they got a lot of playing time. They did a lot of good things. But when you have that off-season to watch yourself on film, and you get to watch the concepts and different routes and what you can do and what you can do better, you start to understand how to get open in the NFL… That’s where they have grown and made great strides. Hakeem (Nicks) is a playmaker. That’s what we have with Hakeem and (Mario) Manningham. They are great playmakers. They get the ball in their hands and they make guys miss. They make big plays. Steve Smith is this Mr. Consistent. He’s a great route-runner and gets open for you on third downs. He also finds a way to get in the endzone and make big plays for us.”