Dwight Howard Isn’t Sure of the Favorite Out East But Knows He’d Like to Own a TigerLike Brett Favre’s potential comeback to the National Football League, Tiger Woods’ marital issues in the PGA or the potential for instant replay in Major League Baseball, NBA players are simply getting sick of discussing LeBron James’ big decision to create a Big Three in Miami.Dwight Howard’s not afraid to come out and admit that. In fact, he’d much rather talk about the tigers he’s had a chance to see while promoting the NBA in India.That said, he still seems a bit unsure about whether he’s favoring his own Orlando Magic, the Eastern Conference champions in , over Miami, with LeBron, Dwyane Wade and Chris Bosh, in the Eastern Conference this time around.Dwight Howard joined the Dan Patrick Show to discuss the height of people in India, what Indian basketball fans are most interested in, his love for Tigers and why he wants to own one, the favorite in the NBA’s Eastern Conference, whether he’d be successful at playing cricket and whether his Magic are the favorite to top the Miami Heat next year. 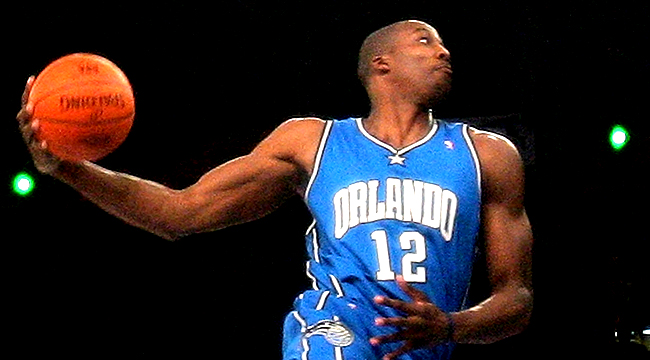 On how long it took him to encounter his first LeBron James question after getting off the plane in India:

“Actually I haven’t got one since I’ve been here, which is good. It’s surprising. I haven’t gotten one question about it. It’s shocking.”

On the biggest question he has received in India:

“Why do you want basketball to be popular here like cricket? That’s probably the number one question that I’ve had since I’ve been here.”

On whether he could play cricket:

“I would try. I would try any sport. I think I’d probably be pretty good at it if I just practiced a little bit and stayed over here and trained.”

On how popular basketball is behind cricket in India:

On Shaq going to Boston:

“I thought they had a lot of dudes already. But adding Shaq won’t hurt them. I’m looking forward to playing against him. It’s going to be a lot of fun.”

On the best NBA team in the state of Florida:

“Well, who won the championship last year from the East? … I would say that there are a lot of good teams here. You can’t pick out who’s going to be the best team. … But I like our chances.”

On who should be the favorites in the NBA last year:

“Everybody’s favorite, the fan favorite, I guess is going to be Miami. They’ve got the [Big Three]. I guess that’s the favorites.

Host: Over the Lakers?:

Yeah.” Over the Lakers?:

“You’ve still got to play the games. … It’ll be interesting to see how it works out for them. I’m more concerned with what we do as a team. I think everybody’s been working extremely hard this summer to get back and get ready for the season.”

On whether he’s tired of talking about the Miami Heat:

On the best thing he’s seen in India:

“The tigers, by far. That’s the best. I’ve always dreamed about seeing Tigers growing up. I’ve always wanted to own my own tiger, actually. So just to see them up close like a couple feet away from them, a couple inches, is amazing.”

On how he’s selling the NBA in India:

“Yeah, we’re going door-to-door passing out T-shirts. No, I’m just kidding. We’ve been having camps and clinics for the kids and also I’ve been training the Indian national team. … Our goal is to motivate the kids.”