Donovan Mcnabb Is “relieved” And “inspired” To Be A Redskin

Apparently, Donovan McNabb was traded. Fortunately, SRI is here to break the news and get perspective from just about everyone related to the situation.That now includes the man himself. That man is a quarterback who previously played 11 seasons for the same team, leading that team to five NFC Championship games and one Super Bowl appearance, while earning six berths to the Pro Bowl. He has the lowest interception-per-pass ratio and the second best touchdown-to-interception ratio in NFL history. And now that man is a Washington Redskin.Donovan McNabb has already started practicing with the team, had his press conference and seems to be embracing the change as a fresh start. Whether it is genuine or not, he appears to have moved on and is in better spirits than those he left.Donovan McNabb joined John Thompson and Doc Walker on ESPN 980 in Washington D.C. to discuss practicing with the Redskins, the team’s desire to win, Mike Shanahan, Jason Campbell, and the draft. 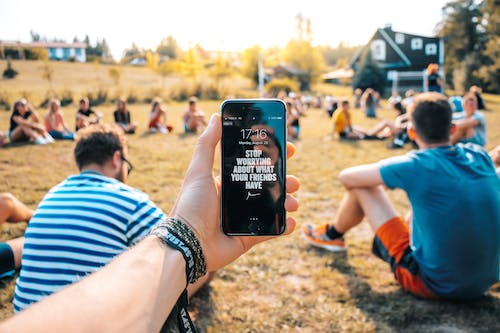 On If He Is Relieved To Be Practicing With The Redskins:

“Absolutely. To come into a situation where the guys understand that they have to play well together to achieve that common goal. One thing that I’ve tried to take pride in is making sure that I can bring guys together and to inspire them to want to work, to want to get extra work out with each guy. If it’s the linebackers, take the linebackers out and go over different schemes. If it’s the whole defense, be able to do that well together. And then look on the other side of the field and for the offense over there throwing routes, running backs working on chemistry and timing and running through the holes. When you do that, where it’s not organized, it’s not mandatory and the guys are willing to put the time in, good things happen. You get good results. Just working with the guys this morning, I saw a lot of that. I saw a lot of the attitude shift. I’ve seen a lot of the guys excited about just everything around right now: Shanahan coming in, a new offense, a new defense, guys feel like it’s a fresh start. And I’m inspired by that.”

On If He Thinks This Team Can Win:

“A lot of times, when you see teams who go through consistent losing seasons, you would automatically think that these guys just don’t care. Coming into the facility this morning at about 7:30 in the morning to workout, you are seeing about 25 guys in the weight room, 25 guys out on the practice field. They are not just out there to get it over with and relax the rest of the day. These guys are trying to get better.”

On the relationship he hopes to have with Coach Shanahan:

“I think in any relationship that you have when it comes to quarterback and head coach, you have to be joined at the hip. I have to know what he is thinking. He has to know what I am thinking. If I see something on the field, I can tell him what plays will be very effective. That’s the confidence that you build with a quarterback and head coach. He is willing to do that. We’ve talked about that a little bit.”

On If He Had Talked Draft With The Redskins:

“Well we talked about drafting a quarterback… No, you know what, that wasn’t something that I got into. First of all, when I found out I was traded, I was just excited that it was over. I was part of an organization that wants to win with a whole new regime.”

And on Jason Campbell:

“One thing that people don’t realize is that the fact that he has had three, four, five different offensive quarterbacks throughout his career. Another thing is that he is very talented. I think what you saw with him at Auburn, with him being able to get the ball down field with his arm. And he is a very intelligent guy. Too many times we try to pick and choose who the smart quarterbacks are. All of us are smart. We need to receive credit for that. All of us are smart. Some of us just can’t play. Some of us can play and some of us can’t. One of the things that I try to tell Jason is to continue to have confidence no matter if things are up or things are down… I have confidence in Jason. I know that Jason, when given this opportunity, he is going to flourish in it because he understands what’s at stake now. When you have a new opportunity, new light, new day. It’s like myself, this is my second opportunity to go out and display my talents and showcase because I know what I am capable of. Now I just have to show you.”