Donnie Walsh On Isiah Thomas “I call it the ‘The Grassy Knoll Theory.’ That doesn’t exist in my world.”

The most intoxicating and definitely overplayed trade saga that dominated the sports talk radio world finally came to end this week. The New York Knicks finally got their man in Carmelo Anthony in a three-team mega-deal. Much has been made of the whole process as professional basketball is now becoming a sport of what’s happening next year in terms of free agent alignment instead of what’s happening now.The buzz at 2 Penn Plaza and Madison Square Garden has just been elevated to a level that New York basketball fans haven’t felt Although Carmelo Anthony may be deemed a second-tier superstar in the NBA the man can still flat out shoot the rock and consistently put up big points. The Knicks have craved a potential one-two combo of this nature with Amar’e Stoudemire since the day they signed “STAT” over the summer This was all made possible by Donnie Walsh who was able to develop the young talents of the Knicks including players such as Wilson Chandler, Danilo Gallinari, Timofey Mozgov and signing Raymond Felton. Who would have thought these players would have been tradable commodities to Denver back in October [along with draft picks]? Although the speculation runs rampid that Isiah Thomas is back in the fold and has forced the hand of this lopsided deal, Donnie Walsh stands by at it all and wants to let everyone know that Jim Dolan, Mike D’Antoni and himself were all on the same page throughout this trade process. This comes as a relief to Knicks fans and although New York may have given up way too much, the city that never sleeps got the man they desperately needed.Donnie Walsh joined ESPN New York on the Michael Kay Show to reflect on the Carmelo Anthony trade saga and was the price too high, were the Nets a legitimate threat, did it come back to him that if the Knicks didn’t sign Carmelo that he would sign his extension with someone else, what’s true and false about the Isiah Thomas rumors, is Jim Dolan being influenced by Isiah Thomas, does Isiah giving advice bother him, would he stick around with the Knicks if he found out Isiah was influencing Jim Dolan, did Mike D’Antoni and himself endorse the Carmelo trade and when is Jim Dolan going to pick up his extension.Congratulations on the Knicks marriage to Carmelo [Anthony]. 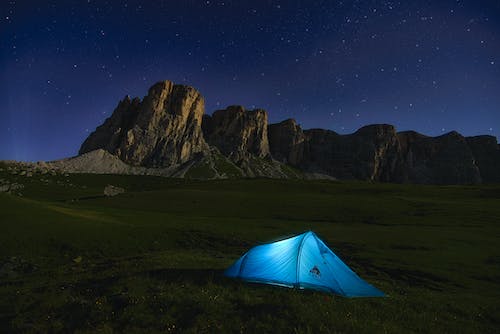 Was it a higher price that you wanted to pay Donnie?

“They always are. When you go into a trade you have an idea of what you’d like to pay and than as it goes on it gets bigger you know going back-and-fourth, but when it’s for a guy like Carmelo Anthony you sit down at some point and you say ‘I gotta do this.This guy is too good not to do this.’ That’s why we did this. I think he’s a big addition to the New York Knicks.”Were the Nets such a legitimate threat that made you raise the package? “No I don’t think so. You know there’s always another team involved, but in this case I think it was the fact that we truly believed that Carmelo would sign an extension wherever he went, he could have signed with Denver and he’d been off the market, so that put pressure on us that if we’re going to get him we’re going to have get him now. That probably…that was our motivating fact.

”Did it come back to you through back channels that if you didn’t get Carmelo now he wasn’t going to wait to sign with the Knicks until free agency because he wanted his three-year, $65 million extension?

“It wasn’t back channels. He was saying it. I knew it was true, but I think early in the process when Carmelo stood up and said he wanted to be in New York and all that I started thinking ‘Wow that would be perfect. We could develop our team.’ At that point we had all our players and then at the end of the year if he doesn’t go back to Denver he could be in the free agent market. We would have the money to get him, but as we went on I realized that wasn’t going to happen.

”What’s right and what’s wrong, what’s true and what’s false regarding these Isiah Thomas rumors of him having an influence on the trade for Carmelo Anthony?

“Well I’ve been talking with Jim Dolan over the last month about this deal with Mike D’Antoni. We have been together on what we did. The other day Jim went out to the All-Star game because of an owner’s meeting. As he was going out or when he got there it became apparent that he could meet with the owner of Denver and Carmelo at some point. That became very helpful because what happens in a deal particularly this big a guy like Jim and a guy like Josh [Kroenke] get together and finalize the deal together, so that’s what happen. That’s what was helpful. I also think it was helpful they allowed him to meet with Carmelo because the owner is the top of the barrel. I mean if players like Amar’e and Carmelo can meet the owner they want to do that, so I thought it helped us.

” Is the owner being spoken to by Isiah and does that bother you?

“It doesn’t bother me at all. I mean every owner has people knowing basketball talk to them. Basically it comes back to me and he just…you know whatever they say I say ‘I think we should. I think we shouldn’t.’ I don’t really know what Isiah’s involvement with Jim [Dolan] is. I can tell you it wasn’t apparent to me in this last two month period.

” Does even the insinuation bother you as a long-time basketball man who’s well-respect in the league?

“No because first of all I think it’s blown up way out of proportion at least whenever I’ve heard it or read it. It’s mainly read, so no I mean I’ve gotten to the point where I don’t think about it all.I really don’t.

”If you were to find out it did supersede would you even want to stick around and be apart of something like that?

” Did you and Mike D’Antoni give thumbs up or thumbs down on this trade?

“No absolutely we gave thumbs up on it, so as I said we’ve been talking together and I’m talking about all three of us for a long time. The deal changes. Jim called and said they want this instead of that and we’d sign off on it. Well we wouldn’t and that’s how the deal formed. We were kept abreast about this the whole time while Jim was in L.A. The whole time. The fact is I just had a cell phone in my hand the whole day, every day, so we were totally informed. When we read this that we were thumbs down on it and Jim was thumbs up on it that’s why we sent out the release and that was an absolutely true release.

” When is it time for Jim Dolan to pick up your option? What’s the hold up? You don’t think about it at all?

“I’m not worried about it. I mean it’s not the time to worry about it. Do you understand what I’m saying? Because there’s a date and we haven’t committed a date yet. No I don’t. I’m a little older than you guys.