Detroit Lions Move to 5-0, Continue Doing Their Part to Uplift the Spirits in the Motor City

As Michael Irvin points out in the following interview, we’ve got to be careful when comparing cities with a post-Hurricane Katrina New Orleans, because nothing will be the same as that. However, at the same time, it’s hard not to make some parallels with what is going on in Detroit right now.A city that has been ravaged by the hurting economy was already accustomed to being downtrodden when it came to sports. Now they have the Detroit Tigers in the baseball postseason, the Michigan Wolverines undefeated and a 5-0 Detroit Lions team that just gave the city a victory on Monday Night Football. As Lions running back Jahvid Best says, it’s all about giving the city something to believe in.Jahvid Best joined WQAM in Miami with The Michael Irvin Show to discuss what the city of Detroit is like right now, the crowd at the Monday night game, the parallels between Detroit and New Orleans, his 88-yard touchdown run, his speed, the combo of Matt Stafford and Calvin Johnson, what it meant to win a game like they did on Monday night, why the team is struggling to start out fast in games and the mentality change of being the hunted instead of the hunters. 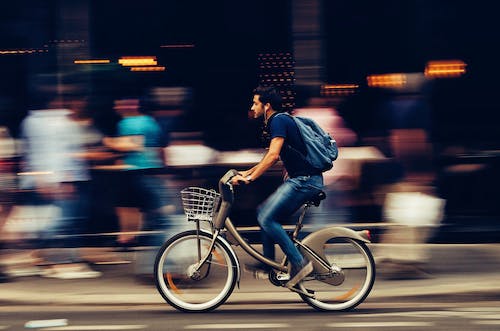 “It’s definitely a great place to be right now. The whole city is just erupting; everybody’s excited. The baseball team’s doing their thing, too, so the city is just on cloud nine right now.”

What was the game and the crowd like on Monday night when you beat Chicago?:

“It was just crazy. We knew our fans were going to be tearing the roof off, but we didn’t expect it to be at that level. These people are just so hungry for something to believe in and now they’re getting it. They’re just loving it.”
Kind of like Drew Brees and the Saints when they talked about helping to rebuild New Orleans, do you guys talk about

that kind of thing in the Detroit locker room?:

“A lot of the veteran guys that were here when the times were hard, they’re always the ones that are bringing up things like that. They’re just saying that the city’s just dying. The city’s been through a lot and this team has been through a lot and everybody’s just so hungry for things to turn around and things are just looking bright for us right now. We’ve just got a lot of support behind us and it’s uplifting everybody. Everybody’s got a lot of hope now.”

Take us through the 88-yard touchdown run that virtually put the game away on Monday night:

“We just ran an inside zone play and my center, Dom, and the left guard … they just opened up a seam for me and I just hit it and ran as fast as I could.”

How fast are you?:

How does the prolific tandem of quarterback Matt Stafford and receiver Calvin Johnson open up things for you?:

“It is a big, big help to me and the O-Line just as far as the running game. The safeties can’t mess around in the box too much because the second they start creeping down there, there goes Calvin Johnson behind their head. So having Matt and Calvin making connections like that helps really, really keep a good box in the running game.”

Did you feel like Monday night was a turning point in terms of getting a lead and being able to salt it away against a quality defense?:

“Yeah, that was definitely huge for us. We were all on the sideline and I think there were about five minutes left in the game and the offense was going on the field. We were looking at each other like, ‘We can’t allow the defense to get us off the field. We have to take a lot of time off the clock and get some points on the board, help out the defense because the defense has been having our back all season.’”

Why are you guys struggling to get off to a hot start in games?:

Have you guys talked about a change in mentality now that you guys are being hunted instead of doing the hunting?:

“[Coach Jim Schwartz] has definitely talked to us about that and the main thing he’s been telling us is just to keep the hunger and focus that we’ve always had. This is a blue-collar team and this is a blue-collar city and he just keeps reminding us don’t forget that. … Don’t sit there and watch ESPN and start believing what everybody is saying about us.”