For Philadelphia Eagles wide receiver DeSean Jackson, it doesn’t really matter who is at quarterback as long as someone can get him the ball in space. Jackson had four catches last week for  yards yards-per-catch). Last season, Jackson had 1 yard receptions and averaged 18.6 yards-per-catch on 62 receptions. He’s clearly a playmaker that can make any quarterback’s numbers look good. This week, like last, that quarterback will be Michael Vick. Kevin Kolb or Michael Vick, the Eagles’ chances of having a prolific offense are very good.The Jacksonville Jaguars, Philadelphia’s opponent in Week 3, is prone to giving up big plays and gaudy numbers. Brandon Lloyd and Malcom Floyd have combined for over  receiving yards against the Jaguars, while Kyle Orton and Philip Rivers have combined for 600+ yards through the air.On offense, Jacksonville has not had a play go over 26 yards. The Jaguars’ opponents have had three plays for 40+ in two games. All of that sounds like it adds up for a huge day from DeSean Jackson. I think he could even make me look good at quarterback.Philadelphia Eagles wide receiver DeSean Jackson joined Howard Eskin and Ike Reese on WIP in Philadelphia to discuss his own abilities at quarterback, whether the offense will get better this week with another start from Michael Vick, the status of the Eagles’ locker room with such controversial decisions, what he would say to cheer up Kevin Kolb, having two quarterbacks that could lead the team to the Super Bowl and how his role is different with Michael Vick on the field as opposed to Kevin Kolb. 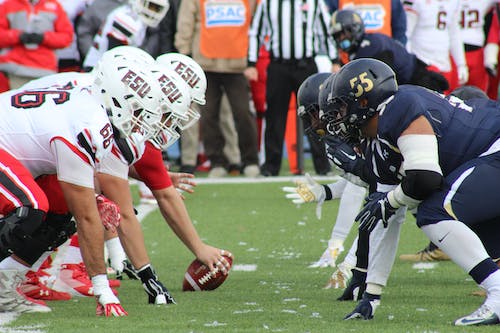 On who should be playing quarterback for the Eagles:

“That’s what I’ve been trying to tell everybody. Make a big controversy and just put me in at quarterback. I told Coach Reid, ‘You can just put me in there. I can play quarterback myself and we are going to have no problems. I did thrown an interception. That was my rookie year. That was one time. Give me another chance.”

On the rhythm of the offense with the same quarterback in back-to-back weeks:

“I think we’ve been able to go out there all summer. It’s not even about what’s going on right now. Going back to mini-camps, OTAs and just the off the field work that we’ve done together. Bringing that unity as far as receivers, quarterbacks, tight ends, running backs, everyone as a whole has been working so hard at getting our timing down. Even we knew the whole time, through training camp that Kolb was going to be our starter, but going way back, I can recall Vick being at every practice when it wasn’t mandatory and going out to dinner. We always had that bond together as a unit. The biggest thing is that he wasn’t really able to get those reps in training camp with the ones. Him being the great athlete that he is, he isn’t able to adjust so easily to it, so it’s not that dramatic a change.”

On the status of the locker room with the decisions:

“Honestly, I think everyone supports the situation and the decision that Coach Reid made. All of us know it’s a tough situation. It’s tough obviously on Kevin to be able to sustain an injury like that… It’s a tough situation, but we all support each other. Coach Reid does a great job of telling everybody in the locker room that, ‘We are going to keep it in house and we’re not going to let it break us down.’ He feels and we feel the same way that we have two quarterbacks that take us to winning games and lead us to the Super Bowl.”

On how to make Kevin Kolb feel better about what just happened:

“I don’t know. Maybe you might have some tricks up your sleeve. It’s tough, especially with as competitive as he is and all the hard work. When I say hard work, this being his first year starting, he’s put in so much time in the film room and staying after practice… He still has a chance in my eyes. He’ll be back. There’s nothing wrong with him. Hopefully this makes him better and hopefully this makes our team better.”

And on the difference for him in playing while Michael Vick is quarterback as opposed to Kevin Kolb:

“What a lot of people don’t understand is that when Kolb is in there, I’m always going to the right side with a strong formation. Whereas when Vick is in there, I’m always going to the left… The one thing about Vick, he keeps a lot of plays open. You can never give up on a play. You think he might be sacked. He’ll spin around, doing some crazy stuff and locking down field and you are wide open. That’s what I learned about him, you got to finish the whole play and just go out there and never think a play is over.”