Derrick Mason knows a thing or two about talking trash on the football field. That can be seen in Bill Belichick’s TV show as we saw Mason get under the skin of the New England Patriots coach. Mason also admits that he’s said some things in the heat of battles that he needed to apologize for, sometimes just one play after he said them.That’s certainly relevant this week with what is going on in the NFL. Philadelphia Flyers forward Wayne Simmonds had a banana thrown at him during a shootout of an NHL preseason game recently, then this week allegedly hurled a homophobic slur at New York Rangers’ Sean Avery, a player who has spoken out in favor of gay marriage. Mason says that racial and homophobic slurs must now be considered the same and should both draw reprimands.Derrick Mason joined 105.7 The Fan in Baltimore with The Norris & Davis Show to discuss returning to Baltimore this weekend, his reaction to the clip of him and Bill Belichick, the Jets’ reaction to Joe Namath calling out their preparation, the Wayne Simmonds-Sean Avery situation and the Jets’ loss to the Raiders. 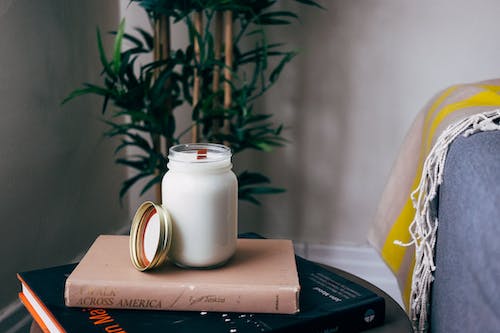 What’s it going to be like going back to Baltimore but now playing for the Jets?:

“It’ll be a game that we’ve got to win and it’ll be bittersweet, but I’ve got a job to do and that’s to go out there and perform and try to win a football game.”“I really wasn’t upset. People thought I was mad. Dogs get mad; I’m not upset. When people were Tweeting me, I didn’t really know what they were Tweeting about until I actually saw the video. To me, it was out of the norm, I think, of Belichick. But nobody ever got what I said. I don’t think I said anything bad, I think I just caught him at a bad moment.”

How did you guys feel when Joe Namath called out Rex Ryan for saying you guys didn’t prepare well enough, or overlooked, the Raiders?:

“I read it yesterday and it is what it is. Everyone has their opinion. If you’re not in this building, then it’s hard to give an opinion or an assessment on how we prepare if you’re not actually in the building. Joe is a fixture in this area. He won the Super Bowl, he’s highly respected … so you take it for what it’s worth and you move on.”In the NHL, Wayne Simmonds was in a shootout and had a banana thrown at him. Now, this week, he called Sean

Avery — who has come out in support of gay marriage — a gay slur. What do you think about the context of all of that and should Simmonds be fined?:

“Nowadays, you’ve got to take [racial slurs and gay slurs] the same. They’re both derogatory words and you should be reprimanded for it. Would a fine do it? I don’t know. In the heat of sports, you say some things that you don’t necessarily mean, but you’re trying to get under the skin of the opponent. … If you see the guy on the street, you won’t say anything to him. I’ve said some things to guys on the field where I’ve apologized on the next play or something. I don’t think it’s ever meant to demean the person, but nevertheless it shouldn’t be said because it is a derogatory word.”

What happened to you guys against the Raiders?:

“The Raiders are a good team. That was their first home game, they were spirited. Hue had those guys really playing and we made some costly mistakes in the game. … They capitalized on every opportunity that was presented to them. You can’t take anything away from them. I think we are a very good team, a better team than what we showed. But I also think that Oakland’s a good team at all.”

What will it mean for you to return to Baltimore?:

“That city embraced me and they fell in love with me and I fell in love with the city. Coming from a rival team, that’s pretty hard. All that I did on the field, I’m pretty sure the fans can see I gave everything I had. For six years, I didn’t miss a game. … For me, it’ll be bittersweet.”