Jonathan Kraft Feels The Players Are Still To Blame For The Lockout: “We didn’t start the legal proceedings. The players did.”

Instead of talking about the draft selection of players such as Nate Solder or Ryan Mallett, Jonathan Kraft, president of the New England Patriots, was subject to discussing the current state of the NFL lockout before even talking shop about football on an appearance with WEEI in Boston. Putting the legal jargon aside and the conflicting reports of the lockout being lifted and then put back on a ‘stay’ all the fans need to know is that the NFL opened its door to the players on Friday before basically closing them back up in the afternoon as the lockout has been put back on.Jonathan Kraft would like to let the fans know that it is still the players fault for leaving the negotiating table back in March, when the owners felt there were good talks taking place. He feels that the only way the lockout can ultimately come to a close is if the players quit playing games in court and just come back to the negotiating table to get a deal done.Jonathan Kraft joined WEEI in Boston with The Big Show to discuss his message to fans regarding the NFL lockout, each step in the legal process giving one side leverage in the NFL lockout, what has to happen to get both sides back to the negotiating table, if he thinks we will have a football season by week one and what will bring the owners and players back to the bargaining table. 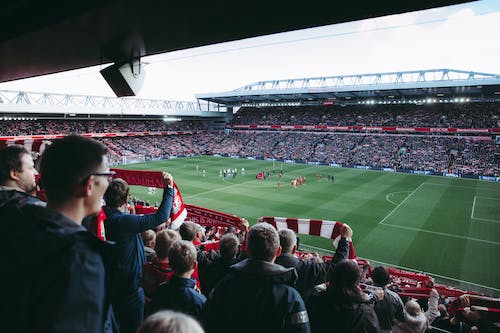 “Well there’s a lot of potential content and answers to those questions. I think here’s the bottom line:

regardless of what any court decides or doesn’t decide, the only way we are going back to what we know is the true operations of the National Football League are for both sides to sit across the table from each other and negotiate a new agreement. We were negotiating in the first part of March under the guidance of the federal mediator and from the NFL’s perspective we thought we had put fair things on the table and we’re having rational dialogue. The players, I know there is a lot of rhetoric that flies around about this, the players were the one’s who got up from that table, walked out of the room, decertified, and filed an anti-trust lawsuit. That’s the timeline and those are the facts. We were sitting there negotiating with them when they got up, if they were still negotiating why would we have locked them out. We had extended it [the deadline for the lockout] already, all you have to do if you’re having good dialogue you extend the deadline, but we were at a table and instead of negotiating they chose to get up and out of the room, decertify as a union, and file an anti-trust lawsuit. That’s when we executed on the lockout, but the Commissioner [Goodell] has been very clear and I think the league has said all along ‘Lets sit down and let’s negotiate.’ Because at the end of the deal it’s not going to get worked out through litigation and through a court system. It’s going to get worked out when two business parties sit across the table from each other. We didn’t start the legal proceedings. The players did and hopefully we can convince them that litigation isn’t the right path and that negotiation is. Unfortunately so far we haven’t been able to do that.”

Isn’t each step in the court room giving one side a little bit of leverage to get something out of this deal?

“I guess if you want to look at it that way, but at the end of the day regardless of what happens in the court system literally regardless, because the court can order the details of a new collective bargaining agreement, one that can help the game get better and stronger, which ultimately should be the goals of business partners. That is clearly what I believe our side of the table wants to do. I hope that’s what the players want, but again they went to court first maybe they felt they needed the leverage of that…you would have to ask them. I don’t know. From our perspective it’s about wanting to get back to a negotiating table and talk about the substantive point of the business because I think things like a rookie wage scale…I think there is pretty much common agreement among the vast majority of the players and the teams, the owners, that we should have a more intelligent rookie wage scale system. The leaders of the union I’ve heard say publicly they disagree with that, but I think when you talk to a majority of the players they say that is an important part of it. Those are the types of issues that we need to sit down at a table and talk about, so we can continue to make the game better and stronger as opposed to perpetuating a system that had worked for a very long time, but was starting to get out of whack.”

So what has to happen now to bring both sides back to the table again?

“Well that’s a good question. I think the Commissioner has said ‘We’re ready. Tell us when and where. We’ll go sit back down and negotiate’. You’d have to ask the players what they want to do. For those of us who have had the unfortunate circumstance of being in other legal proceedings and watching the way our justice system in this country moves, all of the timelines involved and all of the procedural things that go on –the only people that truly benefit are the lawyers. The business people do not benefit. If there is some egregious, some gross, injustice taking place then the party that is being hurt by that gross injustice than can really win in court, but in a case like I think where both sides… it’s not that far…it’s not a gross injustice on either side. There are business issues that need to be discussed and waiting through months and potentially longer court administrative procedures and ultimately a case that makes lawyers richer and at the end of the day I believe both business parties come out worse.”

“Yes I do. I’m a glass is half full kind of guy. Well look, here’s the bottom line: we had the draft last night. I think it was pretty exciting. We got it tonight. We got it this weekend. Look until the end of July when training camp is open, yes OTA’s and mini-camps might not be taking place like they normally have, but I think I believe we will have a season and a full season.”

What is the thing that will bring the owners and players back to the bargaining table?

“The owners don’t have to be brought back to the table. Literally I think Roger [Goodell] has been consistent and everybody on our side. If the players want to sit down and negotiate and talk about really the business issues that are at hand, which I think has been pretty clearly outlined by both sides, we’re prepared to sit down and talk with them, wherever, whenever they want. We started this part of the discussion by talking about how this all started. We were sitting at a table and negotiating. The players chose to get up from that table, with a real offer on the table. I don’t believe it was an insulting offer. I know the head of the union [DeMaurice Smith] has called it the worst offer in the history of mankind or something like that and maybe it and maybe I’m missing it, but they chose to get up from that table, decertify, and start the legal proceedings. I’m starting to repeat myself, but we’ve consistently said from that day through until now we’re prepared to sit down wherever and whenever and try to start negotiating a deal again.”