Two weeks ago, the NFLPA walked out of CBA negotiations and filed a lawsuit against the league irking the NFL and its owners.  The season and the future of the NFL is in jeopardy but what is unclear at the present time is, how we got to this point, what happens next, and if and when a deal will ever be reached.  Clearly this is not the way the players, owners, and fans wanted this to end, but this is reality.  The NFL is a business and the players decided to do what was in their best interest to get back to work.  Both sides are firing back at one another in the press claiming the other side did not come to the bargaining table with good faith.  Clearly the owners have prepared for a year without football, and the players have not, which leads me to believe the millionaire players, not the billionaire owners will cave first. DeMaurice Smith joined ProFootballTalk Live with Mike Florio to talk about whether reducing his salary to zero dollars was a P.R. move or if there some plan for that money that the NFLPA’s going to save, why there is a desire not to negotiate with Roger Goodell or Bob Batterman, and what was it that the NFL specifically offered for the players to look at during that final week of mediation. 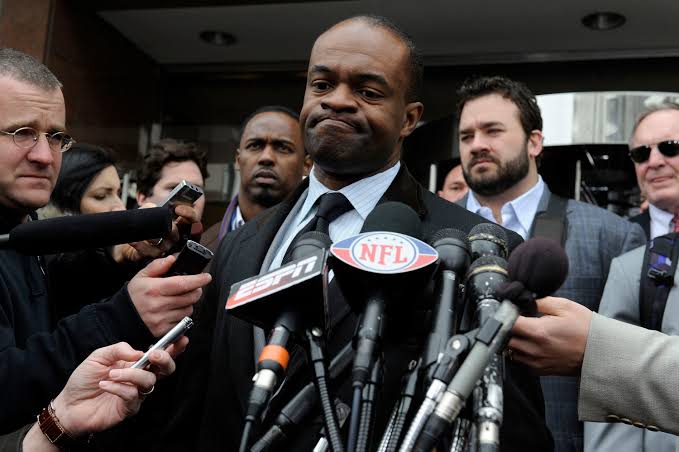 Whether dropping his salary to zero dollars causes him to be ineligible for benefits or if he still gets his benefits package with the NFLPA:

“I will figure out some way to pay for my benefits, but, Mike, come on.  Isn’t the real issue here that you have about 1,900 players and their wives, and their families who have no benefits and no salary?  So, with all due respect to Jeff, I mean, I know I heard a little bit of the clip about selling antiques.  Isn’t the real issue that 1,900 players have lost their benefits?  1,900 hundred players and their families have lost their healthcare, which is fine, but the reality of it is, is that is what the NFL chose.  I think the real discussion is less about how much Jeff Pash is making or how much Roger Goodell was making, or how much De Smith is making. The real issue is we want to play football.  We have filed an injunction to try to get football back in homes again and get our guys back working and get our guys back playing the game that they love.”

Whether reducing his salary to zero dollars was a P.R. move or if there some plan for that money that the NFLPA’s going to save:

“Well, there is always plans for how we’re going to take care of our guys and that is going to be something that I’ll make a decision about, but the real gravamen of the issue is where we started.  Our players and their families have lost their salaries and lost their benefits and I think it was important for me to show and demonstrate with them that while they’re out of work and they’re not getting a salary that I’ll stand with them and I’m proud to stand with them and their families every day of the week.”

An update on where things stand and if there are going to be any negotiations between now and April 6th:

Why there is a desire not to negotiate with Roger Goodell or Bob Batterman:

“Look, you see players, a guy like Mike Vrabel, who is as passionate about the game that he loves as they come.  My guess is if you and I sat down and were having a beer, and coming up with a list of guys who play at the level of passion over the last 10 years, Mike Vrabel might be number one and number two.  So, what I think is important is this, obviously the two years of negotiation has been intense, it’s drawn a certain level of personal and antagonistic thought, comments.  I think that the most important way that we can move forward is to sit down as businessmen, approach this with respect to what’s out there, deal with the lawsuit that is pending and if both sides want to sit down and have civil, informative and mutual conversations where we exchange relevant information, isn’t that the way to make sure football is going to be played? Isn’t that a way to make sure that the owner’s interests are served?  And isn’t it a way to make sure that the players’ and fans’ interests are served?”

Whether there was any reason for the NFL to believe that the players would accept something less than 10 years of audited financial statements in order to justify the give-backs that the NFL has been asking for:

“Absolutely not.  I mean, the rollbacks would be monumental, unprecedented and entirely inconsistent with every other economic factor we know about the business of football.  If there is some other financial information that would do that, I’d love to see it, but the simple fact was, at every turn the National Football League remained consistent in rolling the clock back in a dramatic way.  You know, I did read the post that you put out a few days ago that analyzed the request, or I guess comment, that we split the difference and somehow it was an argument from the National Football League that we were only a few dollars apart.  Well, your analysis and our analysis in the room demonstrated that that would be a historic and unprecedented rollback and in my view it’d be the worst deal in the history of sports.  So, you know, when business people sit down, and I don’t care whether it’s a merger, whether it’ is a takeover, whether it is a joint venture between parties, I have never been in a business deal where the basic most rudimentary level of exchange of financial information didn’t start with basic financial documents, and that what we started asking for in May of and as you know that’s where we ended up on March 11th of 2011.”

What was it that the NFL specifically offered for the players to look at during that final week of mediation:

“Well, let’s first then get one thing absolutely clear.  It was not five years of audited financial statements, so I don’t know who said that or who alluded to that, but not even the National Football League would say that they were going to turn over five years of audited financial statements.  That is just simply blatantly not true. What the National Football League offered to turn over to us was two numbers.  The first number was an added-up number of what they would claim to be the profits of teams over a four or five-year period.  So it was not the cost, it was not where the money went.  It was not even an identifier of how much each team made.  They would simply, in private, write the profit numbers from the team in one column, add it all up, and give us a number for four years, if that makes sense.  So there would be one number for ’06, ’07, ’08, and ’09. The second number that they offered to give us was to simply write down on a sheet of paper how many teams experienced a decline in profit from the previous year.  So, for example, and this was an example I gave to the National Football League owners while we were sitting with them, if hypothetically a team made $150 million in ’06, and in ’07, made $149 million, the League would write a number “one” on a sheet of paper and say, “one team showed a decline.”  So I ask you, would you make a multibillion dollar investment based on those two numbers written on a sheet of paper?”If there is any middle ground to which the NFLPA and the NFL owners can agree upon to let the process move toward figuring out how to divvy up the revenue:

“I think that what you come away with, given where we know we are, isn’t the real issue, what is the financial justification for what you and I agree would be a multi-billion dollar giveback by players to owners at a time when every other economic indicator is that the league is at an all-time high?  So, if you remember back to when the league opted out of the contract in ’08, it was then executive director Gene Upshaw, who right then and there made the public request and the specific request to the National Football League for the audited financial statements.  So, every now and then I’d like to say that I come up with a good idea, every now and then, but in reality, Gene asked for that the day that the National Football League opted out of their contract, and it still seems to me that that is the most basic and fundamental information that you would want.  The deal that they put down for us would on the day that we signed the deal, drop players to making approximately 45% of all revenue, which would be a fundamental change in the shares of revenue since approximately 1987.  If the deal continued just in the first four years, you could be down to 40% of all revenue, and my simple question is, let’s just say, hypothetically, that the league makes its revenue projections in 2027.  Does anybody out there think that a fair deal for the players would be their share of all revenue to fall to less than 25%? I don’t think that’s a fair deal, but I also believe that if someone wants to argue that it is a fair deal, than the least that you would ask for them in exchange for considering the deal, is providing the right financial documents to justify it. And that’s what it comes down to.”