Tom Coughlin on Eli Manning: “He’s in my top five I will guarantee that”
by Chris Fedor

Before the season even started the New York Giants were devastated by injuries. The trend has continued all season long as the lineup continues to shuffle in New York. However, that hasn’t slowed down Big Blue. Fueled by a number of fourth quarter rallies the Giants are sitting at 4-2 this year and in first place in the NFC East heading into their bye week.One of the biggest reasons for their position in the standings is the play of Eli Manning. While Eli still has some head-scratching moments, he has been one of the best quarterbacks in the league through six games, he has elevated his play for the most part in the fourth quarters, and has his team sitting in first place in the NFC East.Tom Coughlin joined WFAN in New York with Boomer and Carton to talk about how the team is handling the bye week, how he feels about the team so far this year, on their ability to raise their play in the fourth quarter, on Eli Manning’s comments earlier this year about being a top five quarterback, and whether or not Manning comes across arrogant. 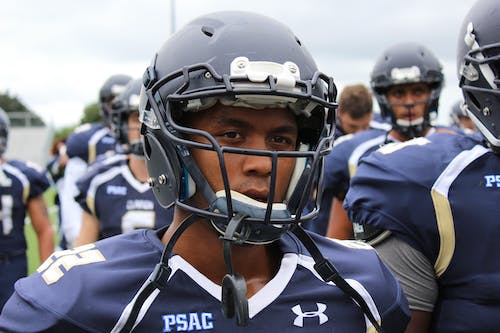 How the team is handling the bye week:

“We’re doing a lot of pushing, trying to look at ourselves, do all our self scouting, look ahead, study the next guy, and study somebody down the road. We’re into it pretty good and we try to take advantage of the time we have.”

How he feels about the team so far this year:

“We’re at the top of our division and I feel good about that. Of course a couple of teams have not played as many games. When someone asks you that question you know the answer Boomer, you’d like to be 6-0. You feel like the first game wasn’t very well played. Not to dig up old stories but the last two weeks or 10 days of camp were not what you want, they were more like jog-throughs than anything else because we played Monday and Thursday. That was not an easy time for us and we didn’t play well right way. As we got into this thing we started to win a couple of football games and then in studying Seattle, I gave Seattle great respect and we didn’t play well. When you turn the ball over in this league you’re not gonna win, but we did have it at the ten and we should’ve been able to score and win that game. Wouldn’t have felt as good about it but a win would have been a win. To say that we weren’t pleased the other day, the number one team in the league in takeaways, the Buffalo Bills, come in here and we don’t turn the ball over at all. We give up a couple of big plays no doubt about it, but we did get the running game going, our play action passes going, contributions from a lot of guys so from that standpoint we were really happy with that win.”

Whether or not finishing games was an emphasis this season:

On Eli Manning’s comments earlier this year about being a top five quarterback in the league:

“He’s in my top five I will guarantee you that and he has proved it over and over again. The other thing is fellas what do you expect him to say? Come on. Come on.”

If he thinks Manning came off as arrogant with that comment:

“There’s none. It’s confidence. He has confidence and his teammates have great confidence in him. The one thing he ought to be given credit for is the way he goes about his business. He conducts himself in a very professional manner and always has. He’s done things with regard to his team and his teammates that have helped project the proper image on the outside rather than the other way around. No one ever gives him credit for that.”