For the Denver Broncos the season has been a rollercoaster as they went through three different stages. Early in the season, they got off to a terrible start with Kyle Orton at quarterback and looked like they were staring at a top five draft pick for the second straight year. After a 1-4 start, the Broncos made a quarterback change that saved their season and gave the team life. However, the wave of momentum the team had gained with Tim Tebow at quarterback was stopped by New England three weeks ago. Despite a three game losing streak and some pretty bad offense to finish the season the Broncos still captured the AFC West title and will host the Pittsburgh Steelers Sunday in their first playoff game About a month ago, the Broncos looked like a dangerous team, a team that could possibly pull an upset in a one-and-done tournament. However, if Tim Tebow and the Broncos don’t play better than they did the final three games of the season, their offseason will start Sunday night. Demaryius Thomas joined KKFN in Denver with Mike and Scott to talk about the matchup this weekend against the Steelers and how their defense compares to some of the others they have faced, whether or not he thought the Broncos left some plays on the field against the Chiefs last week, if he thinks Denver can beat Pittsburgh, if the game against the Steelers is a learning experience, and using the running backs more in the passing game. 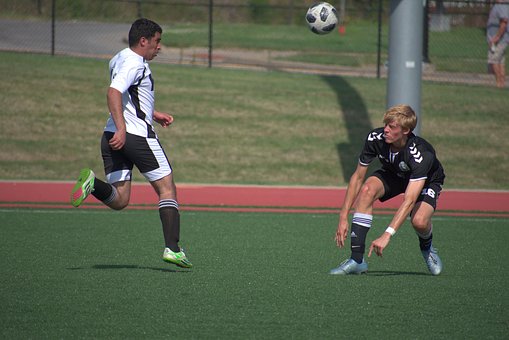 On the matchup this weekend against the Steelers and how their defense compares to some of the others they have faced:

“Like you said we’ve played Chicago and the Jets, but Pittsburgh, I feel like they’re like more aggressive. Their safeties come down so hard. As a receiver it’s gonna be a task for us to get down, get in, and get those safeties and dig them out for our running back. From watching film that’s one of the things that I saw. They look good against the run. Their front seven is probably one of the best in the league.”

Whether or not he thought the Broncos left some plays out on the field against the Chiefs:

“When we watched film on Monday we saw some things that we could’ve done. We coulda kept drives going. We had a couple of guys running free but it’s hard to do more than one thing at a time. We’re going to work on that. We had a couple of people running open so I feel like we’ll be fine. As a receiver we also have to help him out because I noticed a couple of times when I was running my routes I was doing some things wrong. If everybody gets on the same page I think we will be fine.”

Whether or not he is confident heading into the game against Pittsburgh and if he thinks they can win this playoff game:

“Yes. Yes I think so. We have a good group of guys, everybody is working hard and if we go out and put three phases together I think we have a good chance of winning the game. We just have to go out there and make sure we make no mistakes and take advantage of every chance we get. Don’t leave anything on the field.”

If he thinks, no matter what happens, this game against Pittsburgh will be a leanring experience:

“Yes sir. I think so. Like you said, I think it’s been since ’05 since they’ve been to the playoffs and we’re just trying to get back to going to the playoffs and being a dominant team in the NFL. I feel like we can build on this and just go from being like it’s a new season with everybody 0-0 and just go from where we’re at right now and leave everything on the field and see where we come at the end of the game. I think in the future we’ll be fine.”

On the running backs getting more involved in the passing game:

“I think. I think. I feel like if the running backs get out I think they’ll have a big game but we’re just trying to protect our quarterback as much as we can and give him a chance to make a play down the field.”