DeMarcus Ware On Rob Ryan’s Motto This Season: “It’s act before you speak. Just let your actions speak for themselves.”

DeMarcus Ware compiled 19.5 sacks last year and is still looking for even more this upcoming season. The Cowboys outside linebacker has put up a club-record 23 multiple-sack games and posted double-digit sack numbers the last six seasons, all of which led to Pro Bowl honors. One of the most dangerous pass rushers in the NFL has been working towards causing more turnovers despite the multiple double teams he sees every game. As for the Rob Ryan defense in year two? The fiery defensive coordinator knows his defense can correct their mistakes and will let their play do the talking this time around. 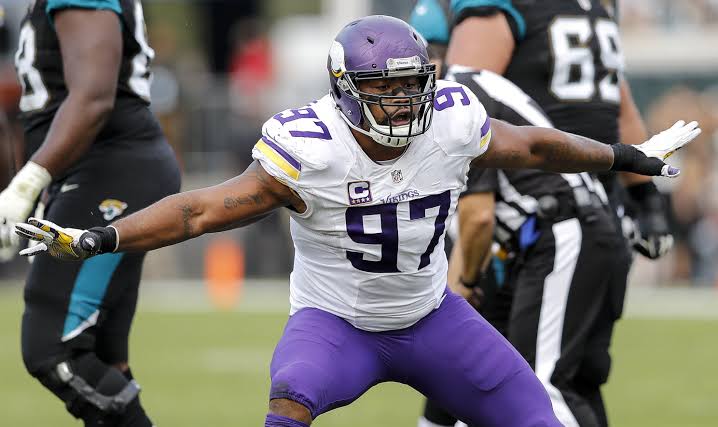 DeMarcus Ware joined ESPN Dallas with The Coop & Nate Show to discuss the progress the Dallas Cowboys are making in training camp so far, Tyron Smith transitioning from right tackle to left tackle, working on knocking the ball out of the quarterback’s hands in training camp, the Rob Ryan defense being much more improved in year two and the Cowboys defense letting their play do the talking for them this season.

How’s training camp so far? Sounds like you guys are doing well?

“We are actually. The weather out here is good. Everyone is focused, getting motivated for the season. Practices have been going well.”

What have you seen Tyron Smith do here in training camp as he transitions from right tackle to left tackle?

“When you think about a tackle that is coming from the right side to the left side it’s a different speed change, but the athleticism of Tyron and how he can latch onto you against when you are trying to power him or go around the corner, he uses his hands really well, so him being that left young tackle…I mean that is what we need. We need him over there being aggressive. He’s been…I mean I beat him every once in awhile, but he’s been doing his job.”

You had 19.5 sacks last year. Tell me what you have been working on in training camp? Are they moving you around more?

“I think I gotta continue to move around because teams are going to put double teams on you no matter where you go. You gotta be able to rush and be that versatile guy. With me I have been working on creating fumbles, creating those havoc plays that we need on defense, knocking the ball out. A sack is a sack, which is a good down, but let’s get knocking the ball out. Let’s try to get some batted balls and everybody on the defensive line have been working on that.”

Why do you think the Rob Ryan defense will be so much better this year?

“Well you are coming from a year of new coaching with Jason Garrett and you have Rob Ryan coming in with a new defense and then having a lockout where the guys really didn’t know where they fit in the defense and then going into the season playing fairly well. We are not saying we was the best defense in the league, but we tried our best to do that, but now we have tape to correct ourselves on and now we have those OTAs and mini camp and now training camp and guys are flying around. They know what’s going on. They are not making any mistakes. There are always technical things you can work on, but that’s what you want. You don’t want mental busts and mental mistakes. You just want…there always technical things you can work on.”

We haven’t heard much from Rob Ryan during training camp. What’s his battle cry to the defense right now?

“You know what it’s act before you speak. Just getting out there and doing what we need to do and just let your actions speak for themselves. That’s what we’ve been doing. We’ve been quiet. He’s been quiet. The defense has been quiet. Right now we are in our little tunnel now in the dark and eventually we are going to turn our light on.”