Delonte West Is Not Worth the Headache

This past offseason, the Cavs decided to part ways with Delonte West because he became too much of a pain in the butt in their locker room to deal with and he landed in Boston. While he hasn’t played a game yet this season because of some trouble he got into with weapons about a year ago, Delonte West is still managing to be a pain in the butt to his new team. It’s no secret that West has a lot of off the court problems that make him a huge risk and a huge headache to any NBA team. Now thCeltics are realizing that for the second time.In his second tenure with Boston, West has gotten into multiple fights with teammates before even playing game. The most recent altercation between West and a teammate came on Friday when punches were exchanged between him and Von Wafer. 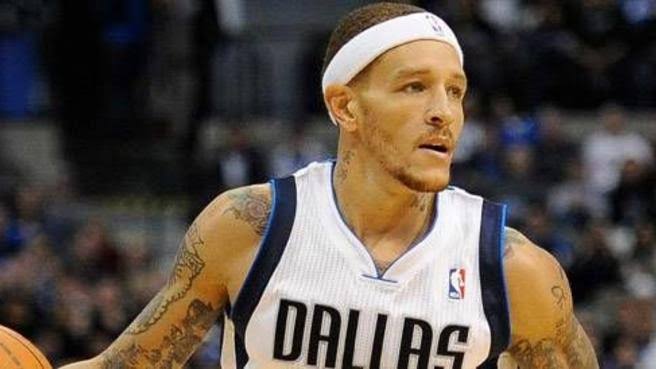 The demons that Delonte West is dealing with are sad and they are unfortunate, but he’s a loose cannon that can be set off any time. Right now he is too unstable to be on any NBA roster and it’s time for the Celtics to once again part ways with the troubled guard before the cancer spreads too much in the potential NBA Champions locker room.Danny Ainge joined WEEI in Boston with the Big Show to talk about why they decided to bring Delonte West back this offseason, whether or not he was aware of all of his off the court issues, and how much his familiarity with the team played into him being brought back. (Editor’s note:  This interview took place on opening night, but we thought it was worth using as it seems a bit prescient.)

Why they brought West back this offseason:

“Delonte was a favorite of a lot of people in Boston. He was a fun guy to watch and a lot of people embraced Delonte when he was here as a player. I think a lot of people, including our own players that respect Delonte are not only the guys that have played with Delonte like Paul (Pierce), Rajon (Rondo), and Perk (Kendrick Perkins), but then playing against him the last few years as an opponent have a great deal of respect for him on the court. I think everybody is aware that Delonte has had challenges off the court and we’re trying to give him the support that he needs. The players that were with him before, our coach that was with him before, myself, and ownership, we knew there was some risk, but I think we were comfortable with that risk.”

On how much his familiarity with the team played into him being brought back:

“Not only familiar, but actually like him and find him enjoyable. At the same time troubled. What’s happened to Delonte in the last few years is not shocking to any of us. We know that he has challenges off the court but we love what he brings to the court.”

On Delonte West growing up:

“With Delonte being under house arrest and needing permission from a probation officer to go many places, I’ve often wondered how we can do that with many players.”