In my opinion, David Stern is the best commissioner in sports right now.  He has spent about 25 years as the commissioner and he has built the NBA into a worldwide, recognizable brand that should just continue to grow.  While I don’t agree with everything he’s done as the commissioner, the NBA game is better today than it was 10 years ago and it continues to get better and better every year. Right now is one of the best times to be an NBA fan.  Not only is it opening night, but the league is loaded with star power and nearly every time you turn on an NBA game, you’re seeing something else amazing happen.  Maybe that’s why they used the slogan “Where Amazing Happens” last year.  Tonight is opening night in the NBA and I can’t wait.  Withso many incredible players throughout the league and a handful of teams with  a legitimate shot at the NBA Title, this season could be incredible.David Stern joined Colin Cowherd on ESPN Radio to talk about parity in the NBA game, the potential of an NBA franchise in Europe and free agency in the NBA. 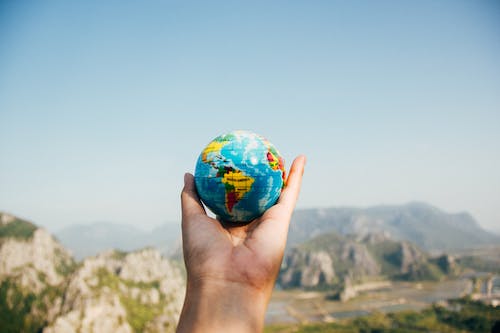 On his relationship with Mark Cuban:

“I have been nice to Mark Cuban for years.  If you ask him that, he will tell you.”

On the bad teams staying bad and a lack of parity:

“Absolutely not because so much of it is cyclical.  The reality is, there are going to be teams that are up and there are teams that are going to be down.  What you have is a series of rules, for example, where the worst team is going to get the best player in the draft.  (Host: Yeah but the Clippers have been terrible forever and the Lakers have been great forever.  It seems like Jerry Buss knows what he’s doing and Donald Sterling is using it as a tax write off.)  No, I think he’s been a little bit less lucky in the last several of years.  I think when you look at the roster of the Clippers, they’ve had an enormous slew of injuries.  Now they’ve got number one again and we’ll see.  There’s even some rumor that they’re going to make the playoffs this year.  You can’t ask me about specifics, but what I can say the draft and the waiver procedures all favor teams with the worst records.  After that, also given the salary cap, which in the NFL is harder than it is in ours, that acts as a disperser of talent as well.  So then you have to hold teams accountable for their management and I understand that.  That’s what we do, that’s what the media and the public should do.”

On the NBA going International:

“I think that it will be done. I don’t know that it will be done on my watch. We’ve played in London going back well over a decade. We’ve played regular season games in Japan almost 20 years ago. (Host: Well you can’t go there that’s too far) The NFL can do one team because when you’ve got a week off between games, it doesn’t make travel to a team as difficult as it might be. The NBA at some point in the future will more likely have a division there (rather) than a team. (Host: Well don’t stick a team in Dusseldorf. Who wants to go there for a weekend?) It’s good for competition. It’s either Barcelona or Madrid. It’s either Milan or Rome. I think its London. (Host: Do they care about the NBA?) Put it like this, we were there two weeks ago, October 6th, , and we sold out 18,600 for the second year in a row. Fans watched the Jazz play the Bulls in an NBA preseason game, it was carried on ESPN in London, it was carried by BBC, and it was greatly received, it was good media and the like. Then we moved onto Madrid, where the Jazz played Real Madrid. Then we moved on to Taipei where the Indiana Pacers played Denver. Then we moved on to Beijing where they played again. Then Philadelphia played Phoenix in Monterrey. We think those are all good markets, but we’re not in a big hurry to put permanent teams there.”

On the LeBron James situation:

“We don’t have to monitor it.  We’re alive and we watch things.  It’s funny.  I think that much of my misspent years here have been in support of the proposition that players should be encouraged to stay with their existing teams rather than move.  I grew up that way and I’m old-fashioned that way.  To me, they’re your team, whether they are good or bad, they’re yours.  The constant movement of free agents is something that since the day I went to work for the NBA, have been trying to mitigate against.  I may be wrong, but I don’t think so.”

Players returning to their same teams:

“After the top five that are being heralded, and I’m not sure they’re the top five, but we’ll give it what the writers are saying, each one is bringing back last year’s team with what they think is an upgrade.  That’s why there’s so much talk about the five teams that are going to challenge for the championship.  Of course if I lived in Chicago, or Utah or Denver or Atlanta, I would put those all up in the locker room, or Dallas or Phoenix, and say ‘look guys they’ve already counted us out, let’s go.’  It’s going to be a great year.  I think Ian Thomsen (Sports Illustrated NBA Writer) called it a season for the ages and I really do believe it will be.”