Since becoming the fourth commissioner of the NBA bacK David Stern has spent the last twenty-five years trying to commercialize and globalize the game of basketball .  Setting up NBA training camps and exhibition games around the globe, not to mention the influx of international players into the league, has helped his effort to grow the game of basketball immensely.  As commissioner of the NBA, it isn’t always smooth sailing.  Unfortunately, playing damage control and preventing the NBA’s image from being tarnished for players’ conduct and actions off of the court has become a familiar part of the job.  Stern and Co. have spent the better part of  dealing with Gilbert Arenas’ gun incident, which unfortunately has overshadowed what has been an otherwise great NBA season.  In the end, NBA seasons are graded upon how good the playoffs are.  Thanks to, in large part, the match-ups of the first round, the playoffs are off to a great start and we could end up with what we have all been waiting for, a Kobe vs. LeBron NBA Finals.David Stern joined the Stephen A. Smith Show to talk about how he is feeling with the playoffs underway, sending a message to the superstar players that certain actions will not be tolerated, and how much longer he has left in the tank as the NBA Commissioner. 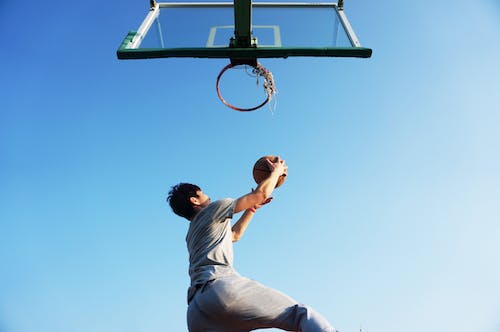 How he is feeling with the playoffs underway:

“I love all of our teams, all sixteen of them.  I love to see hotly, contested games.  I am a little bit down that Bogut got hurt in Milwaukee and Mehmet Okur got hurt in Utah.  You love to see these guys go in as full of strength as possible but we have got everything here.  The fans are getting a chance to see Brandon Jennings, they are getting a chance to see the team put together around Kevin Durant and of course they are getting to see Kobe, who the more that I hear that he can’t shoot this or he can’t do that and then he goes for thirty-nine, so we are getting an opportunity to see the kids and the vets and I think we are going to have some real interesting second round here.”

On there being parity in the NBA but whether a Boston vs. Los Angeles series is better than a small market team doing well in the playoffs:

No, no, a thousand times no.  I have devoted a significant measure of my career to trying to come up with another collective bargaining agreement that allows us to have teams, four-time champion San Antonio Spurs or the finalists, Utah Jazz, or the resurgent Portland Trailblazers to be there and to be able to make it.  So to me it is about the competition.  Whether you get a particular rating in a given year or in I guess year two of an eight-year TV deal, I mean give me good basketball.  Give me good series.  The rest will take care of itself.”

On sending a message to the superstar players that certain actions will not be tolerated:

“Steve, it is a consistent message.  There are some things that you can and can’t do.  It doesn’t matter whether you are a good ambassador or not.  I remember at the Board meeting, I was looking across the table at my new boss, Michael Jordan, the owner of the Charlotte Bobcats, and I remember that his team was appearing in one game in Phoenix that year, not a playoffs, a regular season game, and unfortunately for the fans of Phoenix and for Michael and for the Bulls and for me, he bumped an official and we sat him down.  We sat him down.  That is what you have to do.  You know, boy, that wasn’t fun but it happens.”

How the Collective Bargaining Agreement talks are going with the Players Association and what are the concerns that he and the owners have about the direction of where the league is:

“Well I guess what I would say is that things are going as you might expect and probably as well as you might expect.  We are delivering reams of data to the players, their economists, their accountants, and their lawyers.  We are receiving yet additional requests for more information and explanations of what we send.  There was a level this week, that we will continue to be meeting as a staff level because the one thing that we don’t want to get into an argument about is what the numbers are.  You can argue about what they mean but we don’t want to argue about what they are.”

How much longer he has left in the tank as the NBA Commissioner:

“I tell you what, I am going to go out on a limb for this one , I think that it is fair to say that this is my last roundup, ok?  No question about it, in terms of collective bargaining.  Of course we don’t know what length of the deal coming out of here but I am telling you that it is going to be a longer time than I am going to be in the NBA.”