Daryl Morey On Getting Past Portland And His Secret Weapon

Daryl Morey’s Rockets have played better these past two seasons when their highest-paid player was either injured or playing a less significant role. Tracy McGrady has been in and out of the lineup all season with knee trouble and Houston steamrolled in to the playoffs and won a series without him.  Technically, it’s the first time T-Mac has moved past the first round and Morey regards him highly below, but you have to wonder if the Rockets will trade him headed in to his final season under contract. There were rumors that a deal swapping him for his cuz, Vince Carter, was basically signed and sealed at the trade deadline.  Now, I’m not making any predictions, but Tracy sure is.  Rockets General Manager Daryl Morey joined Sports Radio to discuss what the Rockets are missing without The Mac, what he felt when Houston moved on, and the Rockets’ secret weapon in round one. 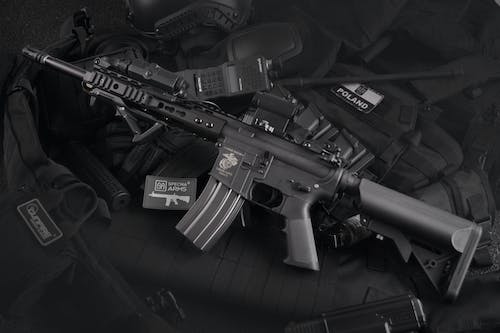 On what he felt after his first round victory as a General Manager:

“I think it’s relief.  Coach (Jeff) Van Gundy and I would talk about it when he was here, I think your two emotions when you’re in these jobs are you’re either miserable or relieved.  Now we’re really the underdogs, nobody picked us really against the Blazers including our own staff… We’re making fun of our own Rockets.com writer, Jason (Friedman).  We’re awaiting Jason’s pick for the next round, we’re seeing if he’s learned his lesson.”

On the Rocket’s secret weapon in the first round:

“We can unleash this now, he wouldn’t let me talk about it.  We had ‘The Zipper,’ Pat Zipfel, who’s our advanced scout, and we hired him from Portland when Rick (Adelman) first started. So, Nate, the whole series is trying to hide his hand signals so Pat couldn’t give ‘em ’cause we have obviously the greatest coach on the floor in the league in Shane (Battier).  And, so, Pat would get ‘em replay ‘em to Shane We felt like were a little tick ahead because we had Pat Zipfel on the bench.”

On their lack of a go to scorer in the fourth quarter:

“Obviously, Tracy McGrady is a big loss in that area. He’s someone you could always rely on, as much as people criticize his lack of getting out of the first round, I challenge them to trace that failure to Tracy McGrady.  He played unbelievable in all those series.  You know, that’s what we’re missing.  Obviously, that $20 million dollar hole, Tracy, we don’t have that guy.”