Dana White Doesn’t Think Much About the Strikeforce Organization

No matter how you look at it or if you love it or not, MMA is all over the place and very popular. The main person to thank for that is Dana White. He is the President of the UFC, which is the biggest MMA stage you can get on right now. White is furious over the coverage or lack of that the UFC gets in the U.S. He ripped ESPN and other outlets for covering the Herschel Walker Strikeforce fight right before the Super Bowl a few weeks back and basically called that fight a joke. This is also the same guy that ripped Kimbo Slice and now has him fighting in the UFC.I really think sometimes he is the new version of Vince McMahon and why not. As I rip Dana White, I also praise him. He has brought an organization to the mainstream across the world, not just in our backyard. He sells out arenas around the globe. He single handily has made the UFC what it is today.I don’t need him to come out and rip other guys or media outlets, but I also like it. Call me weird. He makes everything interesting around his sport and I am guilty of watching all of it from the TV show to the pay-per-views. He has hurt the two other biggest pay-per-view shows, the WWE and Boxing when no one else thought anything or anyone could do it. So my hats off to White for doing what he is doing, but in the long run shut up and let the fighters be the main attraction, not you.Dana White joined the Afternoon Gridlock on ESPN 1100 in Las Vegas and talked about the lack of coverage the UFC gets around the US, the Herschel Walker Strikeforce fight, and his thoughts on Kimbo Slice. 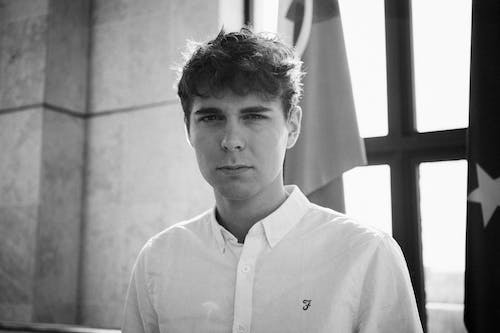 Asked about the Herschel Walker fight and the coverage it got:

“I say it all the time, they are a small organization, and they are always going to be a small organization. The whole Herschel Walker thing, listen I give the guy the props…he is almost 50 years old. He is still in great shape and he went out trained in mixed martial arts and he beat a guy who had no athletic ability, no stand up and no ground. Herschel Walker is like 50 years old and it’s a cool little fun hobby. You know what makes me crazy is the media attention it got. ESPN will cover Herschel Walker fighting when you got guys like George St. Pierre, Anderson Silva, Brock Lesner, and BJ Penn. All these great athletes that have been training for years and are the best in the sport and you are talking about Herschel Walker? Then you start talking about Walker possibly fighting Jose Canseco? Oh my god, give me a break.”

Asked if he had a shot to get Herschel Walker in his stable would he:

“Hell no. You know what would happen to Herschel Walker over here? It would be the first death in MMA. (Would you even consider it though?) He wasn’t impressive in his first fight; he would have to turn it up for the next three or four. Did you guys hear the guys he fought? Listen I am not trying to discredit the guy. The guy went out and trained and he is in great shape. You know a lot of theses professional athletes when they get done competing get lazy and don’t train. I have met Herschel Walker, he is a nice guy. I don’t mean to sound like I am smashing the guy, but this is crazy. Its ridiculous that people can even think that he could compete at that level.”

Asked even with the Super Bowl the week of a UFC event and the Winter X Games, why does he think the UFC gets no coverage from ESPN:

“We just can’t break through at ESPN man, its crazy. They know there are millions of fans that want to watch it. Its crazy, it’s coming from the top. From the top over there at ESPN, I don’t get it.”