SEATTLE - DECEMBER 01: Riley Cooper #14 of the Philadelphia Eagles makes a catch against Richard Sherman #25 and LeRoy Hill #56 of the Seattle Seahawks on December 1, 2011 at CenturyLink Field in Seattle, Washington. (Photo by Jonathan Ferrey/Getty Images)

If you didn’t know James Starks before last week that’s okay, you weren’t the only one. He was bounced around the running back rotation in Green Bay for weeks before he finally got his shot to give the Packers something last week against Philadelphia. He did more than that. He was the difference maker in their playoff win over the Eagles. In no way did I expect James Starks to rush for over 100 yards and I can’t imagine too many Eagles fans that expected that either. Heading into the playoffs my concerns with Green Bay had nothing to do with Aaron Rodgers or the passing game and it didn’t have to do with Green Bay’s defense. My question was whether or not they could run the ball consistently enough to take pressure off Aaron Rodgers because after Ryan Grant went down early in the year, their running game suffered and dropped to 24th in the NFL. If they can get a duplicate performance this weekend from Starks, the Packers will be leaving Atlanta with their eyes on an NFC Championship next weekend. James Starks joined Into the Night with Tony Bruno to talk about whether or not he was going to be such a focus in the offense, how he is going to prepare himself this weekend knowing that the Falcons will be targeting him, if he thinks about all the teams that passed him in the NFL Draft and plays with a chip on his shoulder because of it, and what he expects this weekend against Atlanta. 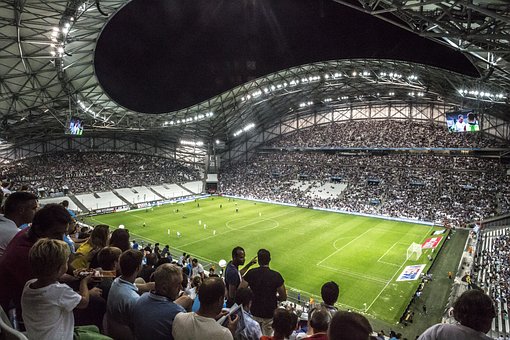 If he knew he was going to have such a big role:

“I really didn’t know. I wasn’t expecting anything. I was just going into practice, busting my tail, working as hard as I can, and trying to fight for an opportunity.”

Why he was able to have so much success:

On how he will prepare this week knowing that he will be targeted:

Do you still think about teams that passed on you in the Draft:

“To be honest I don’t really think about that. I felt I was blessed to even get picked up. Sitting out  a whole year, not playing my senior year with all the injuries and everything, still having the opportunity to even get picked up. I was very grateful for that opportunity and very blessed. I’m just happy for the situation I’m in. I’m just happy to be a Green Bay Packer. I love the fans here and it’s like my hometown. I love it here.”

On whether or not he feels he would have been drafted if he stayed healthy:

“I believe I would have been but things happen for a reason. I’m blessed to be in the situation that I am. A winning organization, a great organization that has a winning tradition, and I think I’m in the best place possible. God blessed me to play football again, have a speedy recovery, and be ready for this situation.”

His thoughts on the game this weekend against Atlanta:

“Everybody has their predictions of what can happen. It’s two great teams going head to head and the best team Saturday night will come out with the victory. We’re preparing, we’ve got a great team, we’re confident in what we can do, and we just have to stay to our plan and our technique and everything will work out fine for us.”