The biggest holiday of the year for football junkies, like me, is tonight at midnight when Madden 2011 will be released.  Maddenholics have been waiting for the release of the newest edition since getting bored with Madden  at season’s end, and will be waiting in lines around the country to satisfy their desire to play the game tonight.  No, I won’t be standing in line like most people because I already pre-ordered my copy months ago.  In hopes of learning the strategies and nuances of the newest edition to the Madden franchise, Maddenholics will be playing the game around the clock nonstop to get a head start on the online competition. 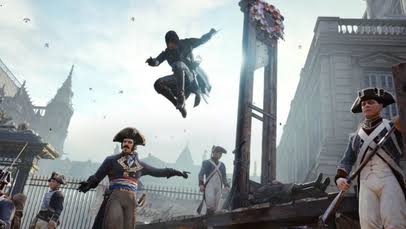 It might be easy to beat your friends in-person but playing online is a whole different ball game.  Most of the players online are skilled and play almost all of the time.  The strategy of looking over at the plays your opponent is choosing from doesn’t work online because you can’t see their screen, only the formation chosen.Since Madden Football first burst onto the gaming scene in ’89, the games have been on the cutting-edge and have remained a consistent best-seller.  There have been plenty of impostors that have tried to knock Madden off its pedestal but those attempts have been ill-fated.  To give a little insight into Madden 2011, co-founder of EA Sports, Jack Hiestand joined KTAR in Phoenix with Gambo and Ash to talk about when his fist year was with EA Sports, whether people will wait in line for the release of Madden 2011, how much money John Madden has made EA Sports from the Madden games, and what the next step in the evolution of video games will be.

When his fist year was with EA Sports:

“In ’92, I was in New York working for the Hearst family and EA recruited me and they just had gone public.  They were profitable but the company hadn’t really taken off, but we had maybe three or four sports games.  Trip [Hawkins] loved baseball, that was one of his passions, and he loved Earl Weaver.  So we had Earl Weaver’s baseball game, Madden, Andretti Racing, and I think we had a hockey game.”

Whether people will wait in line for the release of Madden :

“Oh, gosh yeah, I mean it is a cultural phenomenon.  One of the keys to the game becoming so huge, was that back in the late ‘80’s and early ‘90’s, mainly kids played video games but we got the NFL players to start playing it, to the point that they would stop John when he was doing a Monday Night Football game and complain to him about their player attribute ratings, because we rated every player on 12 different attributes.  They guys would grab him and say, ‘My speed is better than an 8.1.’”

His thoughts on how much money John Madden has made EA Sports from the Madden games:

“John, without talking out of school, from the time he signed the contract up until now I would say that it is an 8-figure number and it starts with a ‘$5x,xxx,xxx.xx’, north of that.”

On EA Sports’ involvement with Sega Genesis’ Joe Montana Football and how it was vastly inferior to Madden:

“Well that is partially true.  What we did is give them the engine of the game, which is the code, the underlying computer code that makes the game work, and then they had to come up with the artwork and the sophistication about how many plays they are going to put in and stuff.  The engine enabled them to get the game out but they were the ones responsible from polishing it.’’

How the NFL players feel about the Madden Curse’ and whether it has brought more attention to the game:

His thoughts on what the next step in the evolution of video games will be:

“Eventually it will be 3-D but increasingly all of the play is online.  When games were created it was a conduit to socialize and video gaming in the ‘70’s and ‘80’s, that was the lone time playing games where you played by yourself.  So now finally the technology is there to where you can compete t0 the point where you don’t see kids outside playing as much because they are staying inside and playing on the video games, which I don’t know how healthy that is all the time, but it is definitely going to be greater speed greater graphics, and greater competition.”