For so many years the Los Angeles Clippers were the NBA’s punchline. Whether it was bad luck with injuries, poor decisions made by the front office or blown Lottery picks, Los Angeles couldn’t do much right and they were consistently near the bottom of the standings. Then something changed to reverse the fortunes of the franchise. The Clippers made a blockbuster deal to land the best point guard in the NBA. In his first season in Los Angeles, Chris Paul helped lead the Clips to a 40-win season in a shortened year and a playoff series win over the Memphis Grizzlies. This year the bar is set even higher for the new best team in Hollywood. The Clippers are on pace for over 50 wins and sitting in the third spot in the Western Conference playoff picture, with a game-changer like Paul, it’s no longer crazy to think about an NBA Championship. Chris Paul joined Fox Sports Radio with Petros and Money to talk about where he thinks the Clippers are in relation to the San Antonio Spurs, whether he is comfortable with the role of “closer” for the Clippers, who he thinks deserves the most credit for the franchise turning things around, on the differences between the regular season and the postseason and what kind of team gives the Clippers the most problems. 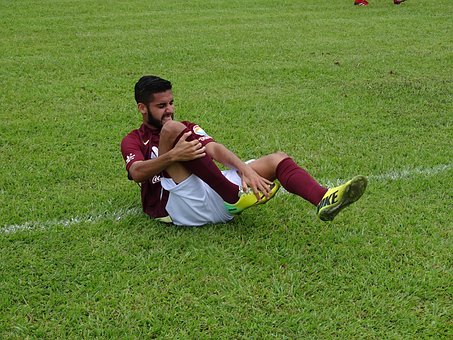 Where he thinks the Clippers are in relation to the San Antonio Spurs:

“We’re very close, we’re very close but obviously we still have a lot of work to do and we’re able to get better in a lot of areas. Every one on this team is working hard, we’ve had really good practices and it’s going to be a process, we have to make sure we peak at the right time.” (Editor’s Note: This interview took place before Thursday night’s game against the Spurs.)

If he is comfortable in the role of “closer” for the Clippers:

“I’m definitely comfortable in that role. Whatever it takes to win. I’ve tried to do that since I was in high school, college and now here in the NBA, but Blake (Griffin) has also developed into that guy and obviously we have one of the best to ever do it in NBA history with Mr. Big Shot (Chauncey Billups) himself.”

Who gets the credit for the Clippers organization changing:

“I think it goes to everybody. Definitely our front office to our training staff which is unbelievable. Everyone talks about how much the Clippers have changed and I can only go by my experiences and since day one when I got here, everything has gone smoothly. Donald Sterling has been amazing and so has everyone in the front office.”

On the differences between the regular season and the postseason in the NBA:

“Yes, it’s completely different. In an 82-game season you’re playing different teams on different nights of the week. They may be coming off a back-to-back, you’re coming off a back-to-back. During the postseason it is one team you have to prepare for. I think what gets overlooked during an 82-game season, you can go like 60-22 and so and maybe lose three times to the same team and then end up playing that team in the playoffs. It’s all about matchups and how you match up in the playoffs.”

What kind of style tends to give his Clippers the toughest time:

“Depends on who we play against. I think the special thing about our team is we have the ability to adjust to styles. We can play uptempo, we can play the slowdown game, we can run the halfcourt game and that’s what you want to be able to have going into the postseason.”

On shooting the State Farm commercial:

“First of all, it was a lot of fun shooting the spot. State Farm has been amazing through the whole thing and they let me put some of my personality into it so I had a lot of fun with it. As far as my son goes, any time I put some glasses on he looks at me and says, ‘Daddy you’re Cliff Paul right?”

Rashard Mendenhall On Playing Without Maurkice Pouncey “We feel like we can win no matter who’s in.”