Chris Cooley on Demarcus Ware: “As soon as you get on him you’re like oh my god this dude is a beast.”

The Washington Redskins look to remain undefeated as they travel to the Lone Star State this evening to take on the Dallas Cowboys on Monday Night Football. This week’s matchup has centered around the health status of Tony Romo, who is recovering from a cracked rib and a punctured lung. The Redskins defense looks to beat on up an already banged up Cowboys squad, while America’s Team looks to ride the momentum coming from last week’s overtime victory in San Francisco.Chris Cooley, who missed all of the preseason recovering from offseason knee surgery,  enters Week 3 having yet to make much of an impact in the passing game. He has caught just two passes for 21 yards. His statistical productivity might have to wait another week, as his main assignment will be the tall task of helping contain five-time Pro Bowler Demarcus Ware.Chris Cooley joined 106.7 The Fan in D.C. with The Cooley Zone to discuss the Washington Redskins fourth quarter comeback against the Arizona Cardinals last week, if he gets frustrated when he doesn’t catch a pass in a game, whether he gets the same type of satisfaction being a successful blocking tight end as he does catching passes, trying to block Demarcus Ware, Ware beating up his opposition physically, Ware bull rushing him, and if the playoffs have already crept into in his mind after the 2-0 start. 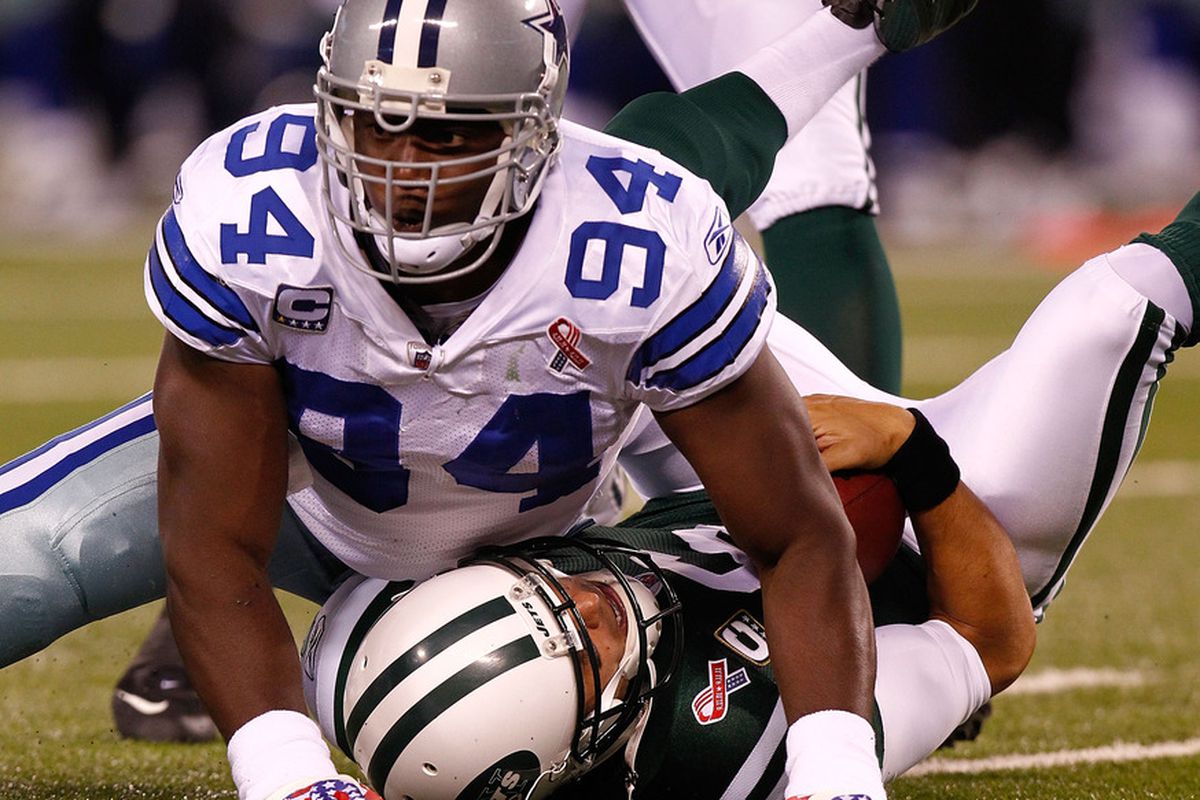 Give us your thoughts on the Arizona game last week and the 4th quarter comeback by Rex Grossman:

“First of all I thought we should have won the game by more again. Just like the [New York] Giants game. I thought we moved the ball well all game. At no point did we feel that offensively we were going to be stopped. I think again we went out with the idea that we are going to go right down the field and score. Even to the end of the game that idea was with everybody. I don’t think there was a question when we had to score twice in a row that we would do it. I was proud with the way the guys played. It seems to me like since I have been here those are the games we haven’t been able to win. Even games we should win with teams we feel we should beat that we found a way to lose or not finish the game. I was real proud with the way we finished the game. I thought Rex stepped up huge. I know he [Rex Grossman] feels like he didn’t play his best game. I know he was disappointed looking back on it the next day, but there’s a lot to be said for a guy that steps up to make plays to win games for you.”

The Redskins are working you back in from injury. Last week you go without a catch in a game for the first time in a long time. Personally are you frustrated or are you happy to just be in there? Do you get as much of a thrill blocking and contributing that way?

“To be honest I really want to contribute to the offense. I feel like I am capable of that. I feel like I am a capable of making plays for us. It goes back to I am glad I am getting healthy. I’m completely excited to have myself out there on the field. I am running plays and it is just as important to me right now to play well in the position I am in and hopefully I’ll start catching balls and more play designs will come my way. Right now I am so critical of the way I am playing in terms of blocking, the run game, even some of the routes I run and just throughout the game it doesn’t factor into my mind that ‘oh I haven’t caught a ball.’ “

You guys face Dallas on Monday Night Football. That defense has Demarcus Ware. Have you faced him in the past? Do you get matched up against him? What is it like?

“Literally we have dug out game clips from and of me playing against Demarcus Ware. I mean I have played against him every year and the dude is so tough. They have Anthony Spencer on the other side and he’s phenomenal. It’s a huge challenge for the tight ends this week. Obviously it is a big challenge for everybody. I think a couple of their best players are their linebackers who we will see every single down, so there’s a lot of study that will go in for us. There’s a lot of technique ideas and game plan ideas to help us block them, to help us get off, because I am 240 pounds and he is a little bit bigger and stronger than me. I gotta outsmart him.”

What’s that like going up against a guy like Demarcus Ware where he could beat you up physically?

“No and here’s the thing I was telling Fred [Davis], who will be playing him a lot too. There’s a lot of guys that will surprise you. They’ll be quick. The Cardinals outside linebackers try to throw you down every time and they’ll sometimes surprise you. The only thing that will surprise you about Demarcus Ware and he knows, but the only thing that surprised you is that as soon as you get on him you’re like oh my god this dude is a beast. He’s not going to do anything, but try to drive you straight back. We were watching 49ers film and he is punking Vernon Davis straight back into the backfield a couple of times.”

So Demarcus Ware is bull rushing guys and not even trying to use his speed?

“In the run game that is what he does. He plays his gap by playing through a player. He’s just going around you. The thing you gotta do is you just gotta know what his responsibilities are instead of actually threatening him physically. You have to threaten his responsibilities to make him play the way you want him to play.”

Do you think about the playoffs in week three of the season?

“I absolutely assumed we were good enough to make the playoffs before week one and here’s my take on it. You could talk about what this team is and you can talk about us being 8-8 or 9-7 or you can say whatever you want. Maybe we are going to…obviously the playoffs are a step, but if you don’t show up to work every day and if you don’t show up at the beginning of the year and think this team can win the Super Bowl there’s no reason to come here. I’m not here because I hope we can rebuild and win the Super Bowl three years from now. I come to work because I feel like we have a chance. I am excited to come to work because we have a chance. Obviously winning this week…this is the biggest game. My mind isn’t…I mean I am not jumping ahead to the playoffs or the Super Bowl with any amount of more confidence than I have had in the past. We all know that we haven’t won in the past. You come here with the ultimate idea as a player that this team has a chance. If you look at it you can’t tell me that when we beat Chicago last year that anyone thought they would be in the NFC Championship. Now everyone thinks they are that much better. You can’t tell me when we beat Green Bay that anyone thought they would win the Super Bowl. It’s all about giving yourself a chance and making a run late.”