Chipper Jones on Florida Marlins: “They signed every free agent that was on the market. Let them do it. I like our club.”

Chipper Jones is giving it another go this season after having knee surgery mid-way through last season to be healthy for September and October. It turned out that the Atlanta Braves had a massive October collapse last season and saw their postseason hopes fade away as the St.Louis Cardinals took over then subsequently won the World Series in improbable fashion.The eighteen year veteran is a consummate professional, representing Atlanta with nothing, but hard work and class throughout his career. As the third basemen approaches the age of 40 he is doing all he can to share wisdom with the future of the club. Jason Heyward looks to have benefited from this advice as the word around Atlanta is that his swing is back this season.As for the Florida Marlins and Washington Nationals making all the headlines this off-season in the NL East? Here’s No.10′s take on the Braves laying low this winter.Chipper Jones joined WCNN in Atlanta with Buck and Kincade to discuss the Atlanta Braves new uniforms for this season, Jason Heyward’s swing coming back to him, the Florida Marlins off-season spending and the Braves having a legitimate chance at winning the World Series. 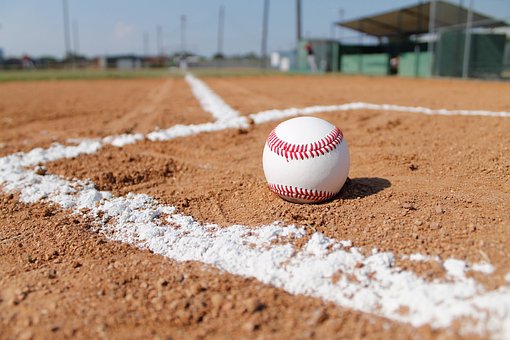 Let’s get this started. You looked good in those new uniforms you were wearing this morning?

“Yeah. It was pretty snazzy. Wasn’t it? It’s always nice to get a little bit of new flavor. We’ve done a pretty good job of expanding on our traditional uniform whether it is wearing the blue uniform or the red uniform at home. Everybody is starting to go with this off white-old school look. I think along with the traditional Braves logo that go along with the uniforms looks pretty snazzy.”

A lot of people are excited about the progress of Jason Heyward this off-season. What can you tell us today about his swing being back?

“The kid has worked hard. I mean he has made the adjustments. I think we showed him some things that he was doing early in  that made himself. The mechanics were there and for whatever reason he got away from them. Whether it was injury or just getting into bad habits. He got away from what was working for him. The fundamental mechanics of a really good swing were there and we just gotta get them back to it. We’re almost there. I think he’s got a little more in the tank. Another adjustment or two he can make that would give him another 5-10 percent more pop than he already has. The guy is as strong as an ox already. He hits balls at 85-90% harder than I do when I hit it as good as I can hit it. I think he has still got a little more in there. I’m looking for that explosion off the bat that we saw in to resurface here in 2012 cause I didn’t see it very much in 2011 because he was so screwed up mechanically.”

What do you make of what the Marlins have done this off-season?

“Well they signed pretty much every free agent that was on the market. Didn’t they? Between them and the [Washington] Nationals it was crazy. Let them do it. I like our club. Like Frank [Braves general manager Frank Wren] has said much off-season for 5 months. We were awfully good. We had the third best record in baseball. Unfortunately we picked a bad time to go into a slump, a bad time to get a couple of pitcher hurt and we didn’t get the results in September. I think coming into the off-season and looking into our every day lineup I really didn’t see too many places where Frank Wren was going to have to make any moves. I thought he may make a move or two in the pitching staff. He did and that was it. Those other teams? Those other guys in the NL East got needs and holes in their club. They went out and settled it. Me personally and Frank Wren obviously didn’t feel like we had too many holes. If we did we would have addressed them.”

Why should the fans think 2012 is going to turn out differently than 2011? What is your gut instinct?

Well health is a big key. Myself included, but you gotta get 34-35 starts out of Tommy Hanson and 34-35 starts out of Jair Jurrjens. You gotta have a healthy ace in Tim Hudson and hopefully his bat will be fine. You gotta keep Martin Prado on the field. You gotta keep myself on the field. Jason Heyward in the right frame of mind and healthy. All of these things. There’s a lot of ifs, ands and butts. I really feel like why wouldn’t the stars line up for us at some point? We’ve gone through a myriad of injuries over the last few years and not good timing in having those injuries and why can’t we all be healthy and playing well in late August and September this year and us be the team that makes the run as oppose to the Cardinals or someone else.”