Just about two weeks ago, the Los Angeles Clippers were staring at a roster without a shooting guard on it. Now they have two after re-signing Chauncey Billups and bringing in free agent Jamal Crawford. The only real question is about Mr. Big Shot’s health. Last season, the Clippers got off to a great start. LA was 15-5 in the first 20 games and Billups was showing everyone that New York made a horrible decision to use the amnesty clause on him. Then he went down with a torn Achilles that ended his season. If Billups returns to the form that he showed prior to the injury a season ago and Crawford does what he has done his entire career, Los Angeles may have the scoring punch that they were lacking in the second round of the playoffs this past season.Chauncey Billups joined ESPN Radio New York with Mike Lupica to talk about how he is feeling coming off his Achilles injury, whether he believes Amar’e Stoudemire and Carmelo Anthony can co-exist, if he saw the duo make the sacrifices necessary to co-exist, on the Clippers, if he thinks he and Chris Paul can work together and who he thinks would win between the Dream Team and the Olympic Team. 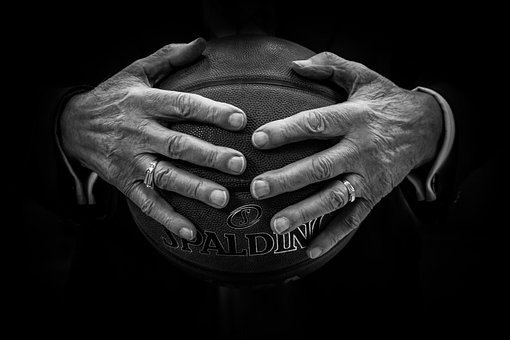 How he is feeling coming off his Achilles injury:

“I’m feeling good. I’m on the mend and probably a few months away from being back on the court so I’m in great spirits and everything is good.”

Whether he believes Amar’e Stoudemire and Carmelo Anthony can coexist:

“First of all they are two great players but I think in order for it to work, one you have to have a point guard that is tough enough to say no to both of them when they want it and where they want it for the betterment of the team. Two, I think both players have to make some concessions and sacrifices if they want to be one of the top teams. We’ll just see how that kind of shakes out.”

If he saw the duo make the sacrifices necessary to coexist last year:

“Not as much as needed to be.”

On the Clippers a season ago:

“I agree. I thought as a team we were really coming together and playing really well until I went down. They went into a little bit of a lull and picked it back up and ended up having a really, really good season. Looking forward to getting back out there and picking up where I left off with the team and just try to do what I do and make us better. I’m really looking forward to it.”

Whether he thinks the combination of him and Chris Paul can work in Los Angeles:

“I know it will because I come to the table as does Chris with no ego. I don’t care, I just want to win. I’ve had my 15 minutes of fame in my career and I just really want to be a part of something special and win and have fun and play however many years I can play. It’s going to work just fine.”

Who he thinks will win between the Dream Team and the 2012 Olympic Team:

“It’s a tough call. It’s a tough call. I would probably say the Dream Team only because the rules are different in the NBA. You can play a lot more physical, you can pack it in, you can play a little gimmick defenses and I just think that that’s the one glaring advantage that this team, the young team has, is most of the guys are younger, they’re in their primes as opposed to being older veterans so that’s definitely an advantage that they’d have. I just really believe it would be a great game but I give the edge to the Dream Team.”