Charles Woodson will be moving over to the safety position this season. The Green Bay Packers defense will be making some changes in the secondary after releasing Nick Collins, who was looking to make a comeback from a career-threatening neck injury in April.Woodson will play wherever he is told and it sounds like he couldn’t be happier to slide back and play safety. The Packers defense was the 32nd-ranked pass unit in football and will look to limit the numbers of big plays allowed this season.Charles Woodson joined WSSP on The Big Show to discuss making the transition from cornerback to safety, how the Green Bay Packers coaching staff broke the news to him regarding the move from cornerback to safety, the Packers defense playing with more energy this season and the Packers secondary improving on their tackling skills. 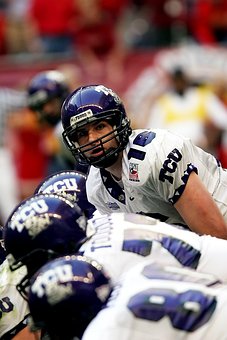 How’s the move from cornerback to safety going for you? Has it gone smoothly?

“Well I think it has gone well so far. It is still early. It is still preseason, but for me it is not about playing safety. It’s just about playing football. I am football player, so I feel like no matter where they put me at I’ll get the job done.”

What was the conversation like when you were told you were moving from cornerback to safety? Did you know it was coming?

“Well I think really it was all about who we had lost. We lost a big part of our family, losing Nick Collins. We knew that was going to be a void really without having him there this year. We lost him last year, but then coming into this year what were we going to do? The conversation was basically that we were going to try some of the young guys out at corner and see if they could hold up on the outside and then move me to the safety position. Gotta have another guy back there with Morgan Burnett that could play at a high level, so for me it was about us trying to be better as a team and if putting me at safety was going to help us do that then I was all for it.”

How will this defense be better than it was last year?

“I think we have to play with more energy. Speaking of last year you never really seen us as a whole group very excited out there on the field really having the type of fun that year we went to the Super Bowl. I think it’s really all about guys getting excited about their jobs, going out there and having fun and of course knowing what you have to do when you’re on the field, but go out there and let it all hang out and be a football player.”

How can the tackling improve in the secondary?

“I think you just said it. You can practice tackling all day, but tackling is an attitude and tackling is a want to and you have to have an instinct for it. It’s hard to coach a player to really be a good tackler. I knew as a young player that tackling was going to be a part of my game and I just went out and did it. I worked hard at doing it. I think with the guys we have out there on the field when your times comes you have to make a play. On a certain guy you have to go out there and do it. The practice and that stuff you do that during the week, but in game time is when we need you to step up and make it happen. Everything is controlled in practice. You can look good, but when it comes time on Sunday afternoon what are you going to do? We need that attitude that you’re guy is coming and it’s up to me to get him down. We gotta get him down.”