Charles Barkley is loved in the sports world because of how opinionated he is, but sometimes I wonder if that characterization is a little unwarranted, and then he comes up with a gem like this.  While in an airport on his way to Australia to spend some leisurely time with Russell Crowe (seriously), Barkley got on the cell phone to ramble about several topics.  Enough with the intro, let the man with the opinions provide you with the entertainment.  Barkley was on ESPN Radio in Dallas to discuss Tony Romo’s love life, the lack of love Donovan McNabb receives, how he would handle a player who said he could guard him, why he feels sad for Michael Phelps in this ‘jackass’ generation, and he calls Marcin Gortat a top 10 center in the NBA. 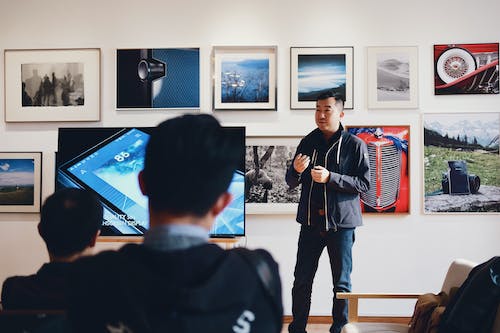 His name for the current generation and how it affects celebrities like Michael Phelps:

“It’s the jackass generation.  You got every little nitwit walking around with a cell phone trying to catch you in a compromising position. I mean, my man Michael Phelps can’t even smoke no dope with his friends. If you can’t smoke with your friends, who the hell can you smoke with?  I’m not here trying to be this or this, I’m just telling you: my man’s smoking dope with his friends and one of his friends sells him out.  That’s the generation we live in now.  It is what it is.”

On who Tony Romo should be dating:

“I think it’s better for him not to be going out with someone like Jessica Simpson, I said she’s a nice girl, but we’re in this Paparazzi age man, when everything you do with a celebrity… You got a great quarterback in Tony, a superstar in Jessica Simpson, it was just so much heat on them, every little thing they did.  I think it’s gonna be better for Tony in the long run – just get a regular girlfriend who’s not famous.”

On the suggestion that Romo should just find a school teacher to date:

“You know what’s scary? I do a lot of speaking at schools, when did these teachers become hot?  I gotta tell you something, when I go and speak at these schools now, I’m like: ‘Oh, my God.’  ‘Cause where I’m from in a small town in Alabama, we only had one teacher who was under the age of 90, and we all had a crush on her.  Now I go speak at these schools, there’s like ten teachers that are like really hot.  I’m like, ‘Are you kidding me?’  What the hell happened to teachers? That’s what Tony should do: he should work out a deal and just go to different schools in Dallas and speak until you find him a really hot one.”

On the talent level of Marcin Gortat:

“Gortat might be one of the most underrated players in the NBA. That tells you how good a player he is that they’re gonna pay him that type of money to sit on the bench. I watched him play a few times but to get to watch him every day game during the playoffs; I think he’s one of the ten best centers in the NBA.”

Regarding Dirk Nowitzki and how he gave credit to his defenders during the second round of the playoffs versus Denver:

“If a guy was sleeping and thought he could stop me, I’d go over to his house in the middle of the night and slap the hell out of him.  If he even was dreaming about the fact that he could stop me, I would go to his house, and I’d just walk in his room and slap the hell out of him, and say, ‘Wake up.  Don’t even think you can guard me.’  That’s the mentality you have to have if you’re gonna be a superstar in this league.”

On the lack of love Donovan McNabb gets in Philadelphia: