It has been a wild first half of the season in the NBA with no shortage of storylines. The Memphis Grizzlies — yes the Grizzlies — looked like a legitimate NBA Championship contender out West but then they decided to trade their leading scorer, Rudy Gay, to Toronto to free up some cap space. Then there’s the Boston Celtics, who looked like they were going to be left behind this season when Rajon Rondo went down with a knee injury. Yet somehow, Boston has played better since the injury, winning seven of their first eight games without their engine on offense. Of course, the Heat are looking primed for a repeat, especially given the way LeBron James has played all season. Right when it looked like LeBron peaked, he took his game to the next level and should win another MVP Award this season for all he does in Miami. However, as the All-Star Game approaches this weekend and the trade deadline is right around the corner, the story that won’t end is what has become of the Los Angeles Lakers. It started early with firing head coach Mike Brown and the drama hasn’t stopped nor have the injuries. Steve Nash, Dwight Howard and Pau Gasol have all missed time this season and there is no doubt that has been a contributing factor to the team’s struggles, but it would be hard to picture a postseason without Kobe Bryant and the Lakers. Yet, right when it looks like the team is about to turn the corner, they have a setback and will enter the break with a record under .500. Charles Barkley joined The Dan Patrick Show to talk about any possible trades before the trade deadline, if he thinks the Heat are just going through the motions or if they just have weaknesses contributing to losses, the way LeBron James has been playing lately, how he thinks the Lakers season will end and what he makes of Jay Williams’ comments about former Bulls smoking pot before games. 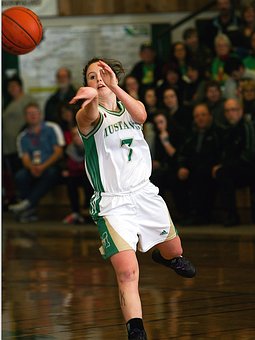 What players he expects to be traded before the trade deadline:

Who are those five?:

Whether he believes the Heat are going through the motions because they understand they just have to get to the playoffs:

“I don’t agree with that. I think that team is just very small and I just think LeBron James is so great and he’s playing at such a high level that he covers up a lot of their flaws. They are so small. They would struggle more if they were playing in the West because there are much better teams in the West. You take away Chicago and Indiana and there’s really not any good teams in the East so that gives them an advantage, but LeBron is just playing at such a high level. He’s their best playmaker, he’s their best rebounder, their best defender, so he just covers up all their flaws. They’re not going through the motions, they just have some flaws that he covers up. They struggle against good teams.”

On LeBron’s peak right now against some of the greats of all-time:

“I’ve already said I think LeBron is one of the 10 greatest players ever and he’s in full bloom. I think when you’re a great player from 25-32 is when you’re at your peak. Those early years, you’re trying to get physically stronger and you’re learning how to play, but I’ve always believed between 25 and 32 is when you have all of your superpowers before the age starts kicking in a little bit, but he’s in that range. I never thought I would compare somebody to Michael Jordan but this guy, he’s scary to watch and it’s an honor to watch him play night-in and night-out. He plays with maximum effort. Think about it, they went out and got Birdman (Chris Andersen) because they can’t rebound the ball but he’s able to go out there and dominate on the boards. He’s their best defender, their best scorer, their best assist guy and it’s pretty special to watch.”

On the end game for the Lakers:

“They ain’t going to make the playoffs and if they do make the playoffs, they’re going to be the eighth seed and they’re going to get spanked by Oklahoma City in the first round. (Host: Well what about the bigger picture for next year? Is Dwight Howard in L.A. next year?) I don’t know that. I’m a firm believer that your dad, your mom, your sisters should shut the hell up. Family members have to be smart enough. First of all, a reporter doesn’t care about you, they don’t care about your opinion unless you’re going to say something controversial, so any family members should shut the hell up and never say anything. Nobody cares about your opinion unless it’s controversial and

Dwight Howard’s dad should not have said that. I think it’s going to be very interesting what’s going to happen with.

Dwight Howard. I’ve always been a big Dwight Howard fan, a big Dwight Howard fan, but this year he’s disappointed me and not from the fact that he hasn’t played well but just his mental toughness. I’ve always thought he was a franchise player but I’m starting to wonder though, because the one thing you have to do as a franchise player is you have to be tough. It’s an enormous amount of responsibility — you have to take all the good with the bad, you don’t get to whine and complain, you just have to go out there and take it. If they’re beating you down you just have to take it. This is the first year that I’ve seen a kink in Superman’s aura. The first thing I would do, he should’ve already told Kobe Bryant to shut the hell up or I’m going to kick his ass. He should’ve did that, because as a man there’s only so many times you can call me out publicly. If you call me out privately, OK, I can live with it, but as a man if you keep calling me out publicly I have got to come back at you at some point. Kobe Bryant is one of the 10 greatest players ever but I think he’s crossed a line somewhat lately. When you start questioning somebody’s toughness, talking about they should play hurt and things like that, you’re crossing the line. At some point Dwight has to say, ‘Hey man, you need to shut the hell up and get off my back! I’m out here trying to bust my butt, I’m in pain and it’s not up to you. You’re not my coach.’ That’s probably the one thing that has disappointed me the most about this whole scenario.”

On Jay Williams saying players were getting high before games when he was with the Bulls:

“There’s no reason for him to be telling that. You don’t have to tell everything. (Host: I was surprised that he said it.) I just read it yesterday and I was disappointed in him because it’s one of those situations where you have to come out and tell who was doing it, because he has put the whole team under the spotlight. (Host: Were you ever around someone who was high during a game?) Not during a game, but I played with guys. I’m not a big pot-smoker myself. I think I smoked pot probably five times in my life and it didn’t do anything but make me want to eat potato chips. Remember that commercial about potato chips where you can’t eat just one? I think anytime you smoke pot all it does is make you want to eat a bunch of potato chips. (Host: You never smoked before a game?) Never, never. Once I got to the NBA, I probably smoked pot twice. It was early in my career. I think I did it two times in high school and it didn’t do anything for me. I’m not a big drug guy.”