Charles Barkley is one of the most outspoken members of the media and we need more people like him.  He doesn’t sugarcoat anything, he tells it like it is, and says what everyone else is thinking.  The media always stretches the truth, but Sir Charles, whether it is bad or good, speaks the truth and that is what the public likes.  We don’t want someone just to say something to get people’s attentions.  We want substance but don’t want all of the ‘filler’. So Charles Barkley joined 97.5 the Fanatic in Philadelphia to talk about whether it would be an insult for the Eagles to sign Michael Vick as their franchise player, how he celebrated the Auburn Tigers winning the BCS Championship, and if he or Cam Newton made more money while playing for Auburn. 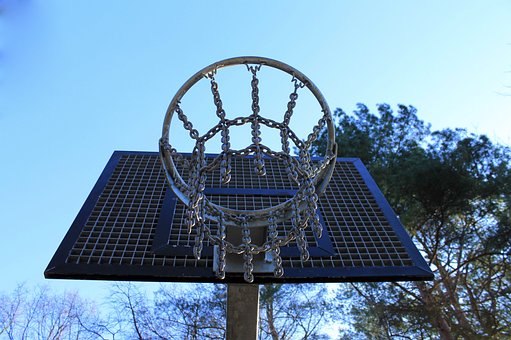 What he likes about Rex Ryan:

“I love that he supports his players because when I played in Philadelphia and I have always said this, Buddy Ryan was my favorite coach in the world…”

What his feeling is with Michael Vick:

“I’m just pulling for him.  I believe the kid has paid his debt to society.  I just pull for him as a person and as a player.  Man we love to see people fall unfortunately this generation with the way TV works now and somewhat radio and I don’t wish bad things on other people.  He made a mistake, he paid for it and now I am really rooting for him.  It just drives me crazy when people don’t root for other people and I am just rooting for him.  I don’t know him.  I think I met him one time, I just introduced myself, but I told him, ‘Man I am really pulling for you’ and I want to see good things happen to people.”

Whether it would be an insult for the Eagles to sign Michael Vick as their franchise player:

“Not at all.  It would not be an insult.  I mean business is business.  You have to do, I mean he has to stay healthy and football, playing quarterback in the NFL is probably the most, especially the way he has played is going to be the most vulnerable position, so if he signs for one year, first of all I think that is awesome.  I think the thing the Eagles are going to have to decide if they want to be realistic is Kevin Kolb.  I don’t think you can pay a guy a ton of money to be a backup, I don’t believe that.”

How he celebrated the Auburn Tigers winning the BCS Championship:

“Well we celebrated for a week.  The game was in Arizona so it was the longest week in my life.  That was the longest week in my life.  My liver was glad the season was over.  I got a bunch of guys that I played with at Auburn.  I got a bunch of alumni with; we went out every single night for eight days.  I was so glad when they won the championship when it was over because I wanted them to get the hell out of my city.  It was a great accomplishment but that was a long week for me because I wanted them to enjoy my city in Arizona and it was awesome, but it was a long week bro.”

If he or Cam Newton made more money while playing for Auburn:

“Dude, first of all I wasn’t heavily recruited, and first and foremost, but listen…I don’t know the ramifications of what happened between Cam Newton to be honest with you, but let me just say this, if he only got $200 grand, he was underpaid, because what he did for Auburn football this year was remarkable.  Like I say, if you go back and I think this is a great debate for your show, I don’t think any college football player has came on the scene in the history, you know Herschel Walker did a lot as a freshman, but for one guy to come out of nowhere in one year and do what he did I think is one of the greatest accomplishments in college football history.”

What he thinks of Cam Newton’s chances in the NFL:

“Well, you know, my football friends tell me playing in that shotgun is different than playing quarterback, so the problem is these teams are not patient for guys right now because of ESPN and talk radio.  In the old days the guy got to sit on the sideline and learn how to play quarterback, but now they are just going to throw you out there.  I just hope he goes to an organization where they are going to be patient.  I don’t think they should put any rookie out there right away.  I just think there is too much of a gap, and the thing is, if you get drafted that high as a quarterback, the rest of your team sucks.  Number one, you are already having to learn the position on the go, but most of the time when you are drafted early your team sucks so you don’t have a bunch of weapons to play with.  I just hope he can go to a team where he can be patient for a couple of years.”