Stevie Johnson thought he was doing something relatively harmless. In his eyes, he’d only get hit in the wallet when he scored a touchdown and then lifted his jersey to flash a “Happy New Year” to everyone watching. He thought wrong. Johnson was flagged for the celebration and, acting on orders delivered during a meeting earlier this year, Buffalo Bills coach Chan Gailey benched his wide receiver during a season-ending loss to New England on Sunday.This one continues to be hard for me to decide where I stand. On one hand, I really don’t mind such celebrations all that much. On the other, the line was clearly drawn for Johnson and he decided to walk up to it knowing there was a chance he’d stumble over it. Now he must decide his next step as he enters the offseason as a free agent.Stevie Johnson joined WGR in Buffalo with Mike Schopp and Bulldog to discuss why he made the shirt and did the celebration, the explanation he received about the flag, if he understands the rules, why he feels the need to celebrate like that, if his mindset on them is changing at all, playing for Chan Gailey and free agency. 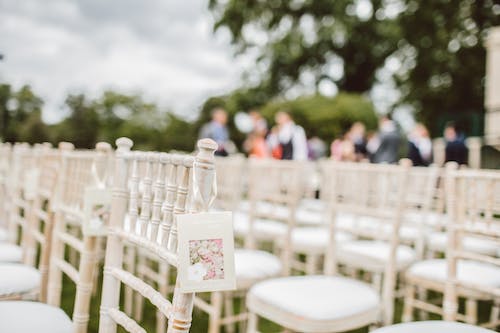 What’s your side of the story when it comes to the celebration penalty and subsequent benching?:

“My whole side of it was basically saying Happy New Years to everybody. When I rolled up my shirt last year, it was just a fine on myself, where I would get in trouble for that but I didn’t get a penalty or anything. For some reason, Sunday, the referees wanted to call a flag and therefore Coach had to stick to what he said and bench me. I have no bad feelings about being benched by Coach, I just didn’t understand the ref throwing the flag on me.”

Did you get any sort of explanation from the officials?:

“He said it was excessive celebration, too many people around … and used a prop. I didn’t know my undershirt was a prop. With me not being flagged for it last year, I didn’t see why it should’ve been a flag this time. … I didn’t know it was going to be a penalty.”

Is it tough to fully understand the rule?:

“I guess they need to be consistent with the rule. If they would’ve flagged me last year, of course, I never would have done it again. … Why would I go in there and do a celebration where I would get  penalty so I could be sat on the bench. My decision, doing what I did, it was only going to hurt me as far as getting fined by the NFL.”

Why do you feel the need to do these celebrations?:

“I feel like me, personally … that’s just how I was; that’s how I’ve always been from Pop Warner through high school. … I was out there being myself. I work hard to get in this position and work hard to get in the end zone. Some guys do the same thing and they score and hand the ball to the ref. … The things I do, it’s basically the same, but we’re just losing games. … I think if we were winning it wouldn’t be as bad as people are making it out to me. … It’s going to have to change because the NFL isn’t going to change. That’s going to be on me to make a change in my style for the rest of my career and decide which road I want to take.”

We’ve heard you in these situations before not be very reflective or open to change as much. Has your stance changed a bit on this?:

“No, I just feel like you never know now. With the Jets game, you go the ground, they get you for that. Now I know I can’t do that. Well let me do this, that way I know I won’t hurt my team but I’ll still be able to do me. … But I end up doing that and still get a flag. Now you don’t know what’s going to happen.”

Coach Chan Gailey doesn’t appreciate some of these antics. Will him being the coach be a factor in what you decide to do during your free agency now?:

“It did give me mixed emotions about sitting for the entire game when we’re out here working, it’s our job and we’re trying to win games. … We’re trying to get wins. Even though it probably didn’t mean anything, we’re still working. … At the end of the day, ultimately he’s right. You have to understand that. He had his word when we talked.”

How do you view Gailey personally?:

How do you proceed with free agency at this point:

“I’m just going to leave it up to what Buffalo has to offer and talk with family and talk with my agent and just do what I’ve always done. I’ll continue to be working out. … For the most part, it’s really just we’ll see what happens.”