Brian Cushing admits that he was shocked and angry when he first heard that his friend and teammate with the Houston Texans, DeMeco Ryans, had been traded during the offseason. Cushing hoped he’d play his entire career with Ryans. Had they, they certainly would have made a formidable one-two punch.Now, though, Cushing says the Texans simply have to move on with who they’ve got. They’ll still be coming back with one of the top defensive units in all of the NFL, one that led the team to the AFC South division title and one playoff victory in 2011.Brian Cushing joined KBME in Houston with Charlie Pallilo to discuss the excitement heading into the season, the difference in this year’s offseason to a year ago, the loss of DeMeco Ryans from the defense, the mentality of the defense coming into this year and the changes he expects on that side of the ball. 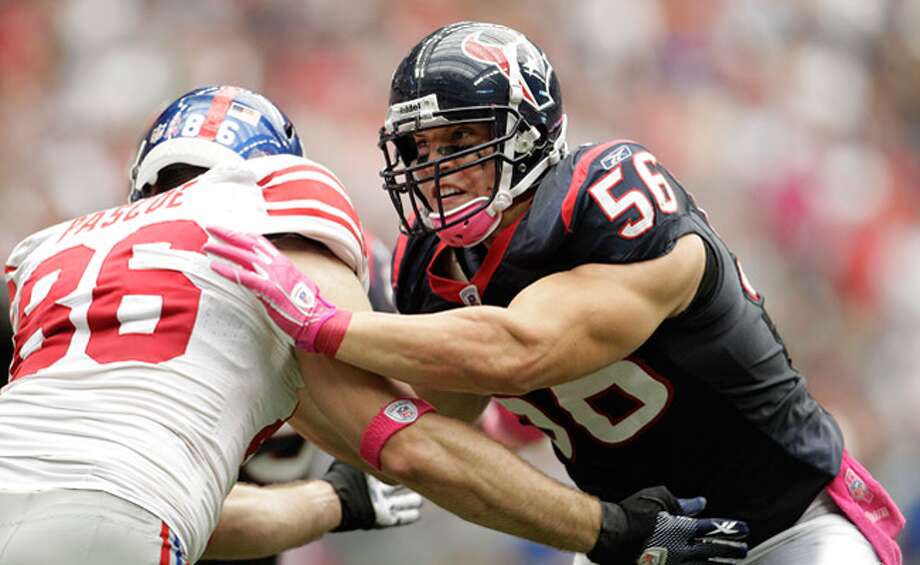 Is it a case where you can’t wait to get out there, especially after what happened last year, or do you have to temper your excitement a while yet?:

“It’s definitely exciting. This is a group that’s been champing at the bit for a while now. We’ve been itching to get back out there. We felt last year, when we stepped off the field in Baltimore, we weren’t done playing football yet. We weren’t ready to stop for a while. It’s been a long offseason but it’s been exciting. … Just to watch this team take the next step is pretty awesome.”

How much different was this offseason compared to last year’s when there was the lockout?:

“I think just for the most part we just had such a kick start to this camp. Last year there was definitely a learning curve, trying to get initiated to a new defense, a new scheme. Now, coming in here with the experience that we have, we’re just trying to build on it.”

On moving on without DeMeco Ryans on the team anymore:

“DeMeco’s pretty much an irreplaceable guy on and off the field. But we’ve done a good job really getting acclimated to not having him. We’ve had a lot of good guys step in. … For the most part, we’ve just had to go next guy up. That’s the kind of attitude we have around here and that’s the kind of nature of the sport that we play. We can’t hang our heads on who we’ve lost.”

Were you shocked when he was traded or did you just have to see the business side of it?:

“Definitely shocked and a little angry. That’s a player I envisioned playing my entire career with. But like you said and like I mentioned before, it’s part of the business. We have a helluva GM and helluva organization that know what they’re doing. You put your trust in them and that’s the kind of thing that it is, it’s business.”

What went through your mind when Andre Johnson tweaked his groin on the second day of camp?:

“Just hoping it’s minor. When you initially hear the news, you ask questions: Did he walk off the field? What happened? How did he do it? But seeing Andre and talking to him, I think he’ll be back very shortly.”

What’s the mentality of this defense like seeing as heading into last year there were all sorts of questions and it seems to be the opposite this time around?:

“The talent’s obviously there and what we did in the past was good. But it’s the past and we can’t be sitting around talking about how good we can be. We have to go out and do it. This is a group that completely understands it, doesn’t hang our hats on our accolades of last year, because that’s in the past.”

Do you think the scheme will become more complex in building on last year or is it just about reinforcing the things that went right in 2011?:

“We’ll definitely be adding some stuff in. Coach Phillips is obviously a guy that obviously gameplans very well for different teams. And you never want to be showing a lot of the same stuff, but for the most part he’s a pretty basic guy. We’ll switch some stuff up, but for the most part I think we’ll be pretty consistent. And then how we’re going to get better is just being the best we can be with the calls we’re given.”