Brian Cashman Is Not Overly Concerned About Derek Jeter’s Hitting, Feels A Lot Of Yankees Are Not Firing On All Cylinders

Brian Cashman couldn’t stay away from the headlines in New York during the offseason whether he was shooting from the lip regarding his thoughts on not wanting to sign reliever Rafael Soriano to a three-year, $35 million dollar contract or when he was candid with Casey Close regarding Derek Jeter’s contract being of fair market value.I hate to say it, but as of right now Cashman has been spot on. Soriano started off the first few games pitching well, but has been up-and-down since then citing he needs time to adjust to pitching in the 8th inning in New York. It’s also tough to come to grips with the fact that Derek Jeter may finally have his age catching up with him at the plate although he has been hitting the ball harder of late.Cashman was seemingly laughed at when he missed out on landing Cliff Lee, looking instead to sign cheaper boom-or-bust pitchers like Bartolo Colon and Freddy Garcia. The irony is the smaller names have been the reason why the Yankees are holding onto first place in the AL East, despite multiple players struggling offensively and the starting pitching not having a dominant starter outside of C.C. Sabathia along with the mystery behind Phil Hughes sudden drop in velocity. Russell Martin has been a godsend at the catching position for Cashman as well. Amongst all the ups-and-downs, Cashman tells it like it is. That’s for sure.Brian Cashman joined WFAN in New York with Mike Francesa to discuss feeling good about the signings of Bartolo Colon and Freddy Garcia this offseason, what do the Yankees do right now with Phil Hughes, the early success of Russell Martin changing the Yankees philosophy on the future of the catching position, his thoughts on Rafael Soriano so far this season and not being overly concerned about Derek Jeter’s struggles at the plate. 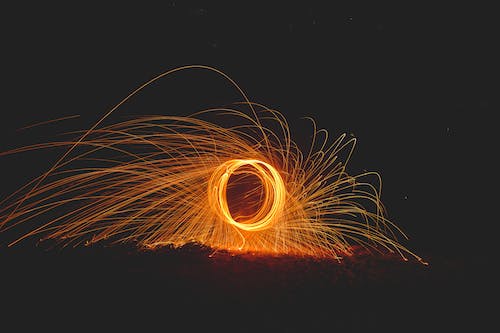 You have to feel good about bringing in Bartolo Colon and Freddy Garcia?

“Better be lucky than good. Those guys have been gifts from the above. Gene ‘Stick’ Michael talked to me a few times when I was coming up [in the Yankees front office] under him about prospecting and just getting as many nuggets out there and sifting through the prospect pan and eventually some gold will show up. Whether it is short term gold or fools gold or eventually who knows, but it’s allowing us to kick the can down the road a little bit until some of our younger staff gets a little more experience or puts in a position to make a trade or these guys are really some difference makers. I believe some of the shots we took have really paid off and some guys we really believed in like a Russell Martin. You know this isn’t a surprise to us. As long as he is healthy [Russell Martin] he’s always been a great player.”

What do you do with Phil Hughes now? Do you build him up now to pitch again? Do you get more testing?

“I think we’re done with all of the testing. He’s going to see Dr.Ahmed today. He flew back and got into New York last night and you know we were focused on something more serious, which was that potential Thoracic Outlet Syndrome, which there is a slight positive on that test. That’s why we kind of said listen it’s not that we’re saying he has it, but he did have a slight positive, so we want to rule it out, so we sent him to the specialist because that was the main focus. I kind of linked it to that show ‘House’ where you’re pealing the onion and you know he has an hour and he finds a couple of different scenarios until one actually works and solves the problem, so at least we ruled out the biggest and most concerning issue. He’s going to see Dr.Ahmed today, but I think all of the testing is done. This will be more of a clinical diagnosis where on what the players articulates he feels and the collective data he has gathered because there is no obvious ‘this is definitely it’. It’s nothing like that. We’ll see because his velocity was down. There’s no doubt about that. It wasn’t down to the point where you could take two sides of this thing and say well listen you know it’s not that far off. It’s not like he was throwing eighty miles an hour. He was hitting the wall at 92 miles an hour and wasn’t able to sustain it in the first inning and it would collapse to 87 mph range. Ultimately what we’re dealing with we don’t know just yet, but I’ll wait to hear from our physician Dr.Ahmed today. He is very good. He’s exceptional in his field and we’ll get some guidance and then move forward. We’ll announce whatever he gives me essentially and get him on a throwing program again and try again or focus on something else.”

Has the success of Russell Martin changed the way you view the catching position for the Yankees in the upcoming future? Are you convinced he’ll be a big part of this team for years to come?

“He is…that’s a good question. I think we’re in a good position because essentially when he became available we took a shot. It’s a one year contract and he’s under control for two years. He’s arbitration eligible, so he’s got this year and next year before free agency. We control what direction we want to go with it. He’s young. We know what he is capable of when he is healthy. It allows two players that are big names in the catching future market which is [Jesus] Montero and [Austin] Romine, who are ultimately twenty-one and twenty-two respectively and not even eligible to be protected on the forty man roster in the rule five draft, that’s how early they are in their development. It allows us to basically not be desperate to do anything unless we want to. Right now I have three catchers for the immediate and future. I can trade from that position of strength. I can horde it. I can do whatever I want as long as they all stay healthy. That doesn’t even include Francisco Cervelli who we just got back, so there’s going to be a great deal of interest of teams wanting to knock on our door when the ultimate, which will throughout the games, somebody is going to lose a catcher and look at us and see what they can do. That’s a good position to be in, so we’ll see how it shakes out. I believe in Russell Martin. I believe in Montero and Romine. I believe in their futures and if Francisco Cervelli wants to put himself in all of this stuff and stay healthy for an extended period of time. That’s a good position to be in, so I think it’s incumbent on us to make the right decisions as we move forward, that’s all.”

“You know we are learning about him. He’s obviously articulated that he’s having an adjustment period in the 8th inning even though that’s what he signed up for and saying you’re going to do something and doing it are two different things. So it’s incumbent on us to work with him on every level possible to get use to it as soon as we possibly can.”

“Right now I’m not overly concerned about what we have seen because for instance last year he struggled and then he finished strong. I think there have been periods of time where the uncomfortableness at the plate has shown a little bit, but not for an extended period of time. You know last night I went to bed saying I was frustrated we lost a game, but Derek hit the ball harder in that game last night than he has all year long. I feel like he’s starting to string together some at-bats where he is driving the ball and we’ll see where it takes him. Right now I’m less worried about what Brett Gardner has gone through than if we did this interview a week ago. Hopefully a week from now I’ll be more focused on a different player in our conversations and not Derek.

It’s just the way it works, but once Derek gets off and running and takes off and has one of his…he hits .425 over a ten game stretch you know they’ll be someone else we’ll be focused on. Alex Rodriguez right now is in a little bit of a tailspin, so right now the focus publicly is on Derek, but Alex is struggling a little bit. Nick Swisher is struggling a little bit. We’ve hit a stretch as a team collectively over the last ten games especially when we hit the White Sox. We were having some trouble scoring some runs and so there’s a lot of guys currently not firing on all cylinders, but obviously Derek has been struggling for the most part and because of who he is it’s a bigger situation and we all have to deal with it a little bit more and that’s fine. That’s what comes with the job. We’ll figure it out. He’ll figure it out. The biggest thing, one thing or other, the biggest thing that will affect us either way is going to be our pitching, so ultimately we gotta find a way. I think Larry Rothschild has done a fantastic job with these guys and I gotta find a way with our pro scouting department to continue to force the pitching and make sure our insurance policies are lined up behind them. We got Carlos Silva. He’s going to start tonight in the Florida State League.”