With March Madness now over and everyone’s brackets thrown in the trash, we can turn our attention to the Masters. Perhaps golfs most prestigious tournament — Stewart Cink feels it is — the Masters begins on Thursday.Could Cink be a dark horse to win it? He already won one major championship halfway around the world, but would love to get another right in his own back yard. The British Open champion, you’ll remember him for thwarting an amazing effort from Tom Watson, lives just a couple hours from Augusta National.Cink doesn’t have a top-10 finish in seven tries this season on tour, but has finished in the top 30 in each of his last five and finished in the top 12 in his last two outings. More importantly, he’s consistently posted solid scores, which will be key this weekend.Who do you got? Phil Mickelson coming off a big victory last weekend? Does Tiger find a way to get his first victory in eons? Take your pick.Stewart Cink joined WJOX in Birmingham with The Roundtable to discuss why he doesn’t play the tournament the week before the Masters, what extra preparation goes into the tournament, what a victory would mean to him, his take on the EA Sports Tiger Woods PGA Tour video game and his favorite hole at Augusta. 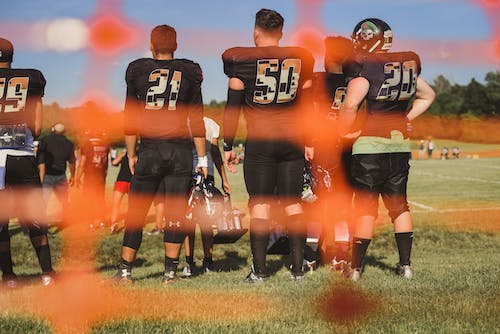 How does he decide whether to play the week before a major or take the week off?:

“I used to always play the week before The Masters because the tournament … was in Atlanta, the AT&T Classic right there in my own neighborhood. It made too much sense to play. … Augusta just takes a little bit of extra preparation. Living here and driving to Augusta — it’s a two-and-a-half hour drive — it’s just a little bit more logistically simple if I don’t play.”

What specific things do you work on during the extra preparation for the Masters?:

“There’s just a couple things over at Augusta. Some are pretty well known, like obviously the fast greens and the difficulty around some of the wedge shots. … There’s also a lot of shots over there that are a little less common on the general PGA Tour. You need to hit a lot of draws with your driver. You need to come into the Masters feeling very comfortable hitting a slinging hook.”

How important is the Masters to him given that he lives in the area?:

“I’ve considered the Masters to be the pinnacle of professional golf for a while now. It’s just the most prestigious tournament there is. It doesn’t move, the golf course is always the golf course. … Everybody knows that it’s iconic. To me, it’s just the top of the top.”

How close to accurate did EA Sports make Augusta on the most recent Tiger Woods video game?:

“They got it really good. The greens break the right way, they’re fast. I’m not a video game guy so it’s hard for me to adjust to the golf game anyway, but putting over there is so tough. It’s almost like reality kind of tough. You can’t get the ball to stop anywhere near the hole. I made an 11 on the 10th hole, which is really embarrassing.”

What is your favorite hole?:

“They can all jump up and grab you. Every hole over there has opportunities for both heroics and disaster, which is one of the great things about the golf course. Yeah, I like number 14. It’s always been a hole that I think is really unique. There’s no bunkers, it’s a big, slinging hook off the tee like we talked about, and then the green is just so unique. … The false front on that green is the biggest false front I’ve ever seen.”