It was strange enough for fans of baseball and the Milwaukee Brewers to have to wait so long to figure out what was going to happen with Ryan Braun. I can’t imagine what it must have been like to be a high-paid general manager wondering if the reigning National League Most Valuable Player would be rejoining the lineup or would have to wait out a 50-game suspension.Brewers manager Doug Melvin finally got his answer last week when everyone learned that Braun’s suspension had been overturned. Melvin said the toughest thing was waiting it out, but that if it meant he’d get his slugger back in the lineup right away, it was worth it.Doug Melvin joined ESPN Milwaukee with Homer and Thunder to discuss Ryan Braun’s speech, his emotions through the entire process, if he thinks the whole ordeal is over, how the strange test numbers could have occurred, if he was ever angry about it, how Braun will be able to move on from this and the outlook for his team in 2012. 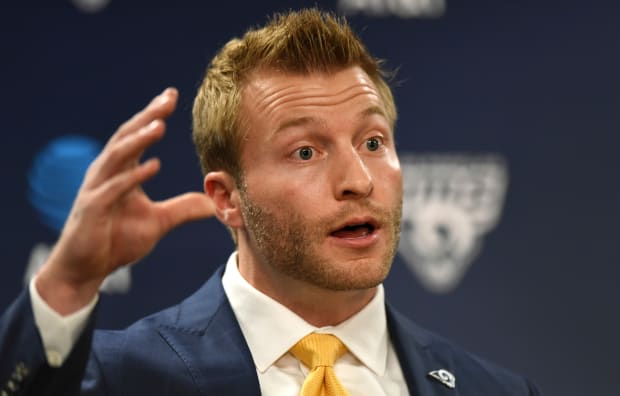 What did you think of Ryan Braun’s speech?:

What were your emotions like through the entire process?:

“Well, I was totally shocked, surprised. I was notified in the winter meetings in Dallas by an ESPN reporter, which totally shocked and surprised me. … From that point on, I was pretty well left in the dark until the process took place. I just had to go on and do business as usual, always preparing for the worst-case scenario in that regard.”

Did you have communication with Braun to learn his side of the story and such?:

“I never talked to him personally. I met him at the New York sportswriters dinner and Ryan is a very confident individual and he stayed the course the whole time that he was very confident that he was going to beat this. We put our trust in Ryan and in the system.”

Do you think the whole thing is over?:

“In our minds it’s over. We’ve got to move on and play baseball. I can’t answer for the media.”

How do you think it happened?:

Are any of your emotions anger over this?:

“Not anger as much as a disappointment that it took so long. Again, you don’t know the details of the process. In fact, I’m glad it took that long if the results came out the way it did. I’ve never been angry to the whole situation and I was patient through the whole situation. The organization has been and Ryan has been. For someone that had as great a season as he did and the team had as great a season, he didn’t get much of a chance to enjoy it in the offseason. He was very patient with it and I applaud him for that.”

Do you think he can move on?:

“I think if anybody can, Ryan can. I do feel that probably today, with as much media coverage as there is in sports today, it’s always going to be out there. But he’s got a lot of support from his teammates, from the organization and from his fans. … He uses every challenge he has in his life as an opportunity and he’s been that way his whole career.”

Is there any other message you’d like to deliver to fans given all that has happened?:

“The only thing is the fans have been patient through all of this. We support our fans; we have the best fans in baseball. We’re going to get back … and we’ll be playing baseball. We’ve got a very good team.We’ve got an MVP on this team, a Cy Young winner. [Francisco Rodriguez] came into camp and gave me a hug and said he’s glad to be here. … We feel very confident.”