Now that’s more like it. After failing to live up to over-hyped expectations in the first five games of the 2011 NFL season, the Philadelphia Eagles appear to be hitting their stride. They certainly looked good on Sunday night while drubbing the Dallas Cowboys, 34-7. Michael Vick played mistake-free football, the Eagles’ defense looked competent, and the undeniably impressive individual talent on Philly’s roster finally complimented each other nicely in a way that made the Eagles look like, well, a team. Maybe not a ‘Dream Team’, but a team worth keeping an eye on as we approach the second half of the season.Eagles tight end Brent Celek joined WIP in Philadelphia to talk about Philadelphia’s Sunday night win over the Cowboys, the Eagles taking advantage of the Cover-2 that Dallas was playing, whether they expected the Cowboys to play them that way defensively, the success of the running game against Dallas’ previously top-ranked rushing defense, setting the tone early in that game with an opening drive touchdown, snapping a five-game home losing streak, and the mindset of the Eagles now at 3-4 compared to when they were 1-4 a few short weeks ago. 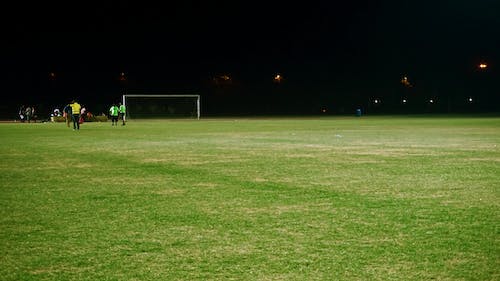 On all the short and intermediate passes that were open against the Cowboys on Sunday night:

“I mean, that’s part of the game that can come and go, especially with Mike at quarterback and with they way defenses blitz all the time. I think with them playing a lot of Cover-2, it just opened up the middle for Jason and I to work a little bit. We had to take advantage of them that way, and it worked.”

Whether the bulk of his productivity against the Cowboys was a product of plays being called for him or Michael Vick audibiling and improvising:

On the Eagles putting points up on their opening drive and the tone that first series set:

“I think it’s great for our offense, but even more important, I think it’s great for the team. Because when you go down and drive how many ever we went — I think, 80-something yards to score on the first drive and the Cowboys doesn’t even get a chance to get on the field and it’s 7-0 — it’s kind of demoralizing a little bit. And it’s tough to come out of that type of hole. So any time we can get the ball first and score like that, it’s huge for us.”

If the Eagles were surprised that the Cowboys’ secondary was playing such a soft, deep Cover-2:

“We thought there was a chance they’d play a lot of Cover-2. With them playing that deep, basically it just opened up a huge window between the linebackers and the safeties. And that’s where we took advantage of them a lot.”

On the Eagles rushing all over the Cowboys’ top-ranked rush defense:

“Well we know they’re a great rush defense and they’ve got great personnel. But I think when it comes to just if we do our job, and we don’t worry as much about what they’re doing but more what we’re doing.  Because if you look at the tape of all of the games that we’ve played this year, we’ve played really well, we’ve just made big-time mistakes at critical moments. If we just calm down, take care of the ball, we’ll be fine.”

How the Eagles will stay focused each week and try to continue bouncing back from their slow start with a small margin of error:

“Well we’re just trying to stay level. When we went through that losing streak it was tough. But you’ve just got to go at it week in and week out and say ‘there’s nothing we can do about it, let’s just move forward.’ And I think with these wins, you can’t get all high and mighty with yourself. Yeah, you’ve got to be confident, but these guys we’re playing against, we can’t take anybody lightly. And this week is the Chicago Bears, and they’re a good football team.”

On winning at home after dropping their previous five at Lincoln Financial Field:

“Yeah it felt great to get that win. We hadn’t been playing well at home at all, and that’s something you always want to do as a football team. Your goal is to win all your games at home, and then go on the road and win a few and steal some. So that was our goal coming in, and early on we weren’t on that. We had to get that turned around, especially for our fans. I mean, the stadium is completely full and standing room only every single game. And for us to be losing in front of all those people, it’s unacceptable.”

“I mean, it was tough then. It was tough. But like I said, we had to get over it. We were in that position, there was nothing we could do, and we had to dig ourselves out of it, and there was nobody who could do that except us. We realized, hey, all we’ve got to do is play a little bit better and take care of the ball. And that’s what we’ve done.”