Brad Stevens’ name comes up every year when it’s time for major programs to fill their head-coaching vacancies. Once again this year, Stevens stayed put with the Butler Bulldogs. He doesn’t talk much about potential moves, but says he’s lucky to be where he’s at.Brad Stevens joined The Dan Patrick Show to discuss his involvement in the college basketball coaching carousel, other coaches using the potential to leave to gain contract extensions with their current jobs, if he’d sign a contract that forced him to stay for its entire duration and recruiting one-and-dones. 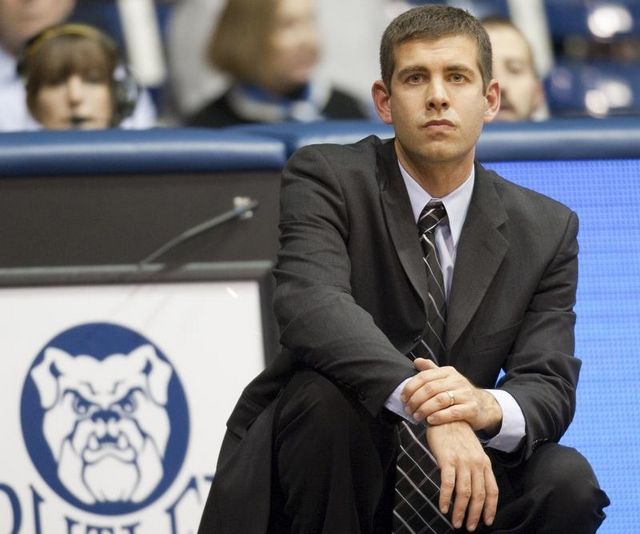 Did anybody close to you talk to UCLA?:

“As I always do at this time of the year, I don’t comment on any schools but Butler. I’m sorry. But I will say this, the week of the thing that people refer to the coaching carousel and all those things, has almost become kind of a game, and another huge, huge discussion point and talking point. And I understand why people are interested in it, but when you are potentially directly affected by those things, regardless of what schools are involved, it doesn’t look like a game because ultimately it’s your life, it’s your family’s life. … I’m really lucky to be at Butler. I’m really lucky to have the job I have.”

On the coaches somewhat playing into that increased discussion by parlaying the possibility or perceived possibility of leaving to get an extension with their current program:

Would you sign a contract extension if it forced you to stay for its entire duration?:

“In all sincerity, probably not. … I think it’s pretty well-documented how much I like it here and it’s been pretty well-documented that, over the last five years that this time of the year has at least brought some discussion at some point or another. But at the end of the day, the job is really made by the people that you have a chance to work with. … The thing that would scare you, if you’re in a coach’s shoes, is turnover in the people that believe in you. Then you don’t know if you’re going to ultimately have somebody that’s hired that has their own agenda or own things in mind.”

Do you recruit potential one-and-dones?:

“My thing on guys that have the ambition to be NBA players, first of all a lot of players do. Interestingly enough, I think at Butler we probably have more guys that have recognized that they have limitations and probably won’t be at the NBA level. Sometimes those guys are a lot easier to coach because they know this is really their last hurrah. … I absolutely would if they are ultimately committed to getting a degree from Butler. … When Gordon Hayward left after his sophomore year, I felt great peace with that because I know that he was only 47 hours away from getting a degree.”