One day you’re getting ready for your senior season having won the ACC Defensive Player of the Year Award the previous year, the next day you’re hit with the news that you have cancer. That was the reality of Boston College linebacker Mark Herzlich’s life in  when he was diagnosed with Ewing’s sarcoma, a rare form of bone cancer. Herzlich bravely fought off the disease this past year and is again ready to suit up with his Eagles teammates this coming season. And his sights are set even higher for both himself and his team. Herzlich joined 790 The Zone in Atlanta from ACC Media Days to talk about receiving such shocking news at such a young age, how he went about fighting the cancer day by day, what will change with his approach and outlook on the field this coming year, and what his goals are individually and for his team this coming season. 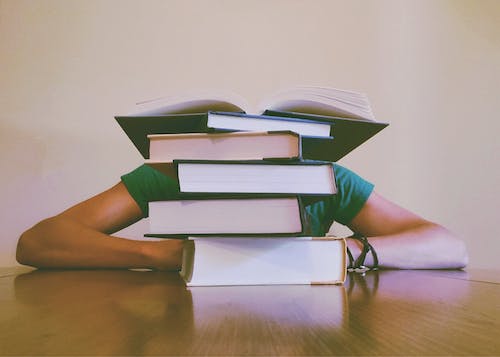 On how shocking and devastating the initial news was to him at such a young age:

“Yeah it is a shock because going into a season, you’re ranked high on draft boards, people are looking at you to win the Butkus, to do this stuff and then you come out and get called to the doctor’s office, to the oncology center and you’re told you’ve got cancer. So within 20 minutes your life completely changes. And not only that, I was told I would never play football again, that there was a 70 percent chance that I would even live for the next five years. So that is a big shock to your system and it takes a little while to get past that. Once I got past that and realized that it was important to keep my head steady, to keep working as I was to get to where I was in football with the same attitude with cancer, that’s when I could step forward.”

‘On what’s going to change with his approach to the upcoming season now that he’s survived:

“Not taking anything for granted. That’s the first thing. Coming out and watching more film. I thought I could just rely on my instincts, that I didn’t need to watch that much film, I could just play and react and I did a pretty good job of that in 2008. But now, you know, football became that much more important to me, and I don’t think it was until I was told I could never play football again that I really realized how important football is to my life. It was always something I just did for fun and I ended up being pretty good at it, and I just kept playing. But then I realized how much being a part of that team, being on the field ever week, meant to who I was as a person.”

On the slow arduous process of recovering from something as debilitating as cancer:

“I think the chemo, the radiation, the surgery – it’s all a push. It’s not really…physically it’s draining, you get tired; mentally it’s draining you get tired…but it’s really just you’ve got to make one step at a time. There’s progression and you see the progression and you just know that once you get done with this chemo, I have only five more, or four more, or whatever it is. But the hardest part for me was coming back from the surgery and getting ready to play again. I got back and I was at a point where I could have easily not played again, and I was fine, I was ready to go, I could play tennis or do whatever. But getting back into football is different. The progression of my leg, the flexibility and the strength, took so long to get back. Culminating now. And now I feel the flexibility, I feel the strength, mentally I’m ready to go. And for some reason, it happened right now just before the season. So I’m very thankful for that.”

On if he’s intimidated being an inspiration now to others:

“You know it was in the beginning. It was something that I was like hmmm, I’m not sure about this. I wanted to just focus on what I cam to do. I got a call from Tedy Bruschi the great Patriots linebacker. He didn’t have cancer but he had a stroke. What he told me was, you know what Mark…this was after I finished or had been declared cancer free. He said you’re a survivor now, you’ve got to be proud to be a survivor. And that was something…those words really stuck with me. For me that meant not only did I survive, I can do something now. I’m done with doing well, but there’s plenty of people that I sat next to in the chemo chair, in radiation, that aren’t doing as well. And they need someone to tell them that they can get back. And that’s what I can do.”

On what he realistically expects out of himself and the BC team this coming year:

“Right now the team success, we want to win every game we play. And that’s the biggest thing. That’s what every single player and guy in this room in this whole media day, they want to win every single game, that’s the biggest goal. Personally as I progress forward, I want to get back not only as good as I was in 2008, but taking the next step. I want to be the ACC Defensive Player of the Year, I want to win the Butkus, I want to do all these things. I want to get an ACC Championship Ring on my finger. And with that, it will expand my story even more and more people will be touched by it, by my inspiration. That will be an added benefit.”