Every time Bernard Hopkins steps into the ring people ask if it is the last time they will see the Executioner. People keep waiting for one of the younger fighters to knock him into retirement. Yet it just hasn’t happened. Hopkins has had a tremendous career in the fight game and continues to defy the odds repeatedly and will look to do it once again this weekend against the former two-time titleholder, the younger, fresher Chad Dawson. Dawson is one of the top light heavyweights around, he has been for a number of years now, and has just one blemish on his record. Despite being the champion and coming off a win over Juan Pascal in his own hometown to become the oldest fighter to ever win a world championship, B-Hop is once again the underdog. He heads into the fight looking to outrace Father Time like he has done so many times in his career. Bernard Hopkins joined ESPN 980 in Washington D.C. with Nick Ashooh to talk about what he makes of Chad Dawson’s trash-talk heading into the fight, what Hopkins thinks he can exploit in Dawson, and how he has been able to stay in shape despite being 46-years-old. 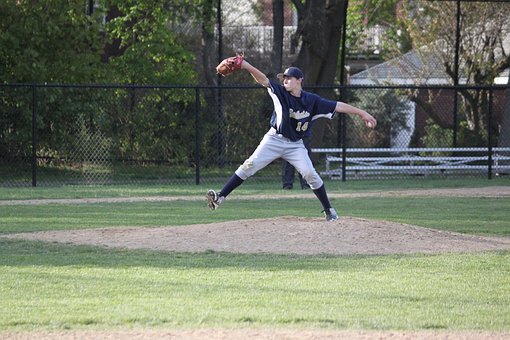 On what he makes of Chad Dawson’s trash-talking heading into the fight:

“First of all it was music to my ears that the man has a personality and finally he woke up and understands that we have to at least sell the fight to the public that it’s a fight that they should see. So to see him talk that language that I never heard before is like somehow a spirit that came across him and he’s showing something that a lot of people don’t give him credit for doing and that’s having a live personality which hopefully will transform into what we have to do in the ring or at least he, Chad Dawson that is, that it would make a great fight because the best of Chad Dawson will bring the extremely best out of Bernard Hopkins. Listen it takes two to dance and tango. That’s why they have Dancing With the Stars and I’m not promoting it. I’m just using it. It takes two fighters to make a great fight. Not one, it becomes a boring one side beat down, but if it’s two guys giving and taking and using the art of boxing, the fans love it, TV loves it, ratings love it, and at the end who wins wins and who loses loses. I hope he comes with that and it just ain’t talk because I know where I’m coming from. I know I got this title the hard way. Went to a man’s hometown. I believe I won the first fight and secured it the second fight. I’m not willing to give this title up just because he wants it. It’s gonna be straight war and that’s not just promotional talk. Chad Dawson will get schooled, his career might be in jeopardy like those that came before him, and he risks that chance when he steps into the ring with the Executioner.”

What he believes he can exploit in Chad Dawson’s fighting style:

“Everything. Everything. He has a lot of things that makes a great fighter once he realizes that he can put those things together and becomes experience as time goes on, but he bit off something really big before he got there and that is the Executioner Bernard Hopkins. See he will never get a chance to blossom because he was picked off the tree too quick. If the sun and rain would’ve gotten to him a little more, it’s timing, he would’ve been okay, but he ran into the same fate of greed and politics and rushed to get into the light heavyweight championship around your waste and you accomplish it and say ‘okay I’m there’ and you don’t keep it. It’s one thing winning the title, which he did. The second thing is keeping it. In the middleweight division I kept it over a decade. That should tell everyone something. I defended it 21 times. Just because you win a title in today’s world of boxing doesn’t mean that you’re gonna keep it for a long time. As he won a title and defended it three or four times, he fell to what most fighters fall to. They don’t keep it. I’m not gonna fall into the same trap even though this is my third go around and my second as the light heavyweight champion and king in the lightweight division. I’m not saying it’s gonna be easy, I’m saying people should buy and people should watch and I’m saying I’m gonna bring the best out of Chad Dawson. Why? It’s because Chad Dawson don’t want to look in the mirror Sunday morning and gotta be told when he gets home that a 46-year-old grandpa beat his butt on national TV. That’s embarrassing. If I was 29-years-old and a 46-yerar-old guy beat me and I don’t give a damn if it was Bernard Hopkins or Michael Jordan, that’s not a good look among my peers. Most of these guys fathers are my age. If they aren’t my age, they’re older. They gotta live with a lot of questions and answers, some embarrassing. That’s the risk of fighting the ageless warrior.”

How he has been able to stay in such great shape despite being 46-years-old:

“I haven’t deviated from what I’ve done for the last 10, 15, 20 years. It’s lifestyle man. It comes down to, and I know it sounds corny to people it’s a thing where and you’ve heard this many times having this conversation, I realize what got me here, not just my talent. My talent played a percentage, not even fifty, but my work habits and my lifestyle gave me longevity, gave me confidence. If I didn’t do these things it’s like a domino effect. One encouraged the other. One thing that I do, lifestyle encouraged hard work, hard work encouraged longevity, longevity encouraged talent, and that takes me as far as I can go. These are the domino effects of why Bernard Hopkins is where I’m at today. I’m no fool to say oh I’m just that good. You have people that will say that to you but I know I can’t say that, but I know I have what I have. I know if I didn’t do the things that would buy me some time in this sport that surpassed even George Foreman then that was great investment in the bank that I made for myself, my family, and for my legacy.”