Baseball Will Never Sound The Same Again For Me

It’s been about 18 hours since the legendary Hall of Fame Broadcaster Harry Kalas passed away and I’ve been consumed with what to write about a man who was such an integral part of my life as a sports fan.  I’ve listened to countless radio interviews and legendary Kalas calls.  I’ve read dozens of articles about Harry the K.  I’ve spoken to family and friends about the sadness we’re all feeling over his death.  It’s all been very therapeutic as I’m pretty torn up about this.  While lying in bed last night, it came to me…I shouldn’t try to pigeonhole what Harry Kalas meant to everybody, he meant something different to everyone that was a Phillies fan.  Just write about what he meant to me.
Many of my friends and my sister went to overnight summer camp outside of our hometown of Philadelphia.  It’s definitely an east coast Jewish thing, but I never had any desire to be away from home during the summer nights.  That meant I couldn’t sit with my grandfather during Phillies games and listen to Harry Kalas.  It meant I couldn’t discuss different baseball strategies with my dad night after night.  Or play wiffle ball with my friend Ian and imitate Harry Kalas when one of us hit a home run or struck out.  I just couldn’t imagine a summer without Harry Kalas telling me a different story before I went to bed each night.  Players came and went, players had slumps, but Harry Kalas was always there and he batted 1.000. 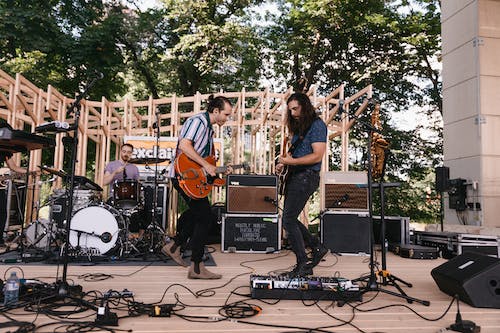 I was fortunate enough to meet and work with Harry Kalas on a few occasions.  He was a gem and might have been the nicest person I’ve ever met.  Harry and my grandfather shared the greatest quality in life, the ability to make people feel like the most important person in the world when you were with them.  My first encounter with him was on opening night in 2000 at Bank One Ballpark in Phoenix when the Phillies opened their season against the Diamondbacks and I was hosting a show on the radio in Phoenix.  I saw him in the pressbox a few hours before the game and introduced myself to him.  I told him I was born and bred in Philly and a lifelong  Phillies fan.  We talked for awhile and after listening to so many of his broadcasts, I knew that he often gave shout outs to Phillies fans, I asked him to say hello to my parents.  Around the 3rd inning, I received a call from my parents in shock that Harry the K mentioned them and their son Jimmy on the Phillies opening night broadcast.

About seven years later, I worked with Harry Kalas during a Seahawks football game in the broadcast booth.  I was spotting for him (which means pointing out who made the tackle during a play).  It was one of the great experiences of my professional life.  Seeing the legendary Harry Kalas in action from that close was a sight to behold.  That voice up close for more than three hours gave me the chills.  He was so polished, so prepared, and thoroughly enjoyed what he was doing.  I’ll never forget his little trick for keeping his voice strong throughout the game.  He kept a bottled water by his side with a Halls cough drop in his water.  And don’t think for one minute I haven’t tried that numerous times when I’ve had a sore throat!A great Harry Kalas broadcast tribute and interviews on Harry Kalas with Mike Schmidt, Curt Schilling, John Kruk, Ernie Harwell, and many others after the jump.

In an era of canned and fake broadcasting voices (referred to as pukers in the industry), Harry Kalas managed to always be real.  His voice and catch phrases came naturally and were never forced.  While I’m tremendously saddened by his passing at the age of 73, I take solace in the amazing storybook ending his life had.  The Phllies won the World Series in his last full season as a broadcaster.  In his last home game, he threw out the first pitch on the day the Phillies got theirWorld Series rings.  In his last broadcast, he got to call a mammoth game winning pinch-hit home run by Matt Stairs in the top of the ninth inning.  And his storybook life and career ended when he passed out in the pressbox.  Now that’s a game Harry would have liked to broadcast.Here at Sports Radio Interviews, we’re proud to bring you the thoughts and interviews of a variety of people memorializing Harry Kalas, but first here’s an amazing Harry Kalas tribute video put together by Comcast SportsNet Philadelphia (hat tip to Mike Meech of TheFightins.com) as well as a great audio tribute put together by Kevin Shockey of KJR in Seattle who is a lifelong Phillies fan like myself.  (note, I will continually be updating this post with more interviews about Harry Kalas)

Mike Schmidt, former Phillies third baseman and MLB Hall of Famer“He carried a great burden in his life and he carried it tremendously well, and that’s to keep everyone who had any interest in Philly baseball in a good mood, which is what Harry was able to do…He’s an icon in Philadelphia. It will take an entire generation that’s living today, our grandparents all the way to our kids’ kids before we get to a generation that isn’t familiar with Harry Kalas and his voice and his passion for baseball and people.”“Think of all the people that sort of need an uplifting period to their day in Philadelphia; they work 9 to 5, tough jobs, tough lives. They really look forward to their evening with Harry, that evening of listening or watching baseball, listening to Harry Kalas. That really brightened their day. I’m talking multiples of millions of people that, on a daily basis, were affected by what came out of his mouth when he was watching a baseball game. You only realize how important people are after they pass away.”