Dwight Freeney to Rookies: You’ll Do the Same Thing I Did

Dwight Freeney is not an intense hazer. He just expects you to do the same thing he did.That seems to be the sentiment throughout the NFL after Dallas Cowboys rookie wide receiver Dez Bryant refused to carry veteran receiver Roy Williams’ shoulder pads after a Cowboys’ practice.Freeney learned long ago from former Colts coach Tony Dungy that severe matters of hazing aren’t necessary, so he’s not looking to tie incoming rookie lineman Jerry Hughes to a goalpost. But if he asks him, or another rookie, to Sherpa his pads to the locker room, he encourages them to just say ‘OK.’Dwight Freeney joined Into the Night with Tony Bruno to discuss coming back from his ankle injury, whether football players are interesting in producing a Big Three like the Miami Heat and rookie hazing in football. 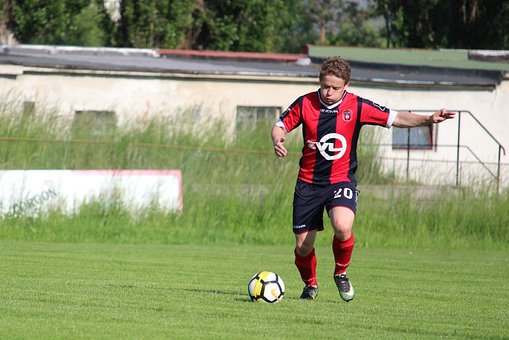 On his injured ankle and the constant attention it received during the Super Bowl:

“[The attention] was ridiculous. Everything is good with this ankle. Obviously it was bad leading up to the Super Bowl. It’s definitely blue skies now.”

On whether he looks forward to training camp:

On whether wide receiver Reggie Wayne will show up in camp:

“I don’t know what Reggie’s going to do. Obviously, we would love him to be there. Business is business and you’ve just got to take care of business first. … I’m not exactly sure what anybody [is doing] because I’m not in that group. All I do is show up Sunday and whoever’s there is there. Great. Hopefully we get Reggie back before that first game. Reggie’s a veteran. He’s a guy who can get his work done and do what he has to do really quickly.”

On whether he’s really looking forward to a possible opportunity to sack Tim Tebow:

On rookie hazing and whether top pick Jerry Hughes has to carry Freeney’s shoulder pads:

“Absolutely he has to carry it. It is what it is, I’m sorry. It’s one thing where you have teasing where you’re causing physical harm, I would more or less consider hazing. Really, a guy, you have to do this or you have to do that. We’re talking about shoulder pads. It’s more of a respect thing. Pay your dues. It’s one of those deals. We’re not asking you to do anything out of the ordinary or crazy. It’s been passed off and a tradition from year to year to year to year.”

“He’s going to do the same thing I did. He’s going to carry shoulder pads and helmets for the vets, and that’s it. It’s not a big deal. … It’s nothing. It’s just out of respect. It’s like opening a door for your mother walking in the house. It’s the same thing.”

On whether the hazing gets more intense:

“No. I actually have a pretty good relationship and we don’t do that type of thing. I know Tony Dungy was big on that though. He was huge on not hazing guys so we don’t do anything like that. We just, pretty much, it’s little things we do. Rookies stand at the back of the line, pick up the shoulder pads, maybe pick up the room service bill.”

“They can say that, but remember this is a team and there’s a lot more veterans on that team than rookies. Even some of the coaches were players so they might feel a certain way.”

On whether he would get together with stars to get guys together like the NBA’s Big Three:

“I think it kind of happens a little bit anyway, I think in all sports. I don’t know how it happens in baseball and definitely not basketball because I’m not a basketball player … but I think guys, when we get together at the Pro Bowl, or what have you, you’re constantly bringing up, ‘You should come by and play for the Colts.’ … I’m sure guys have been traded to other teams based on relationships or friendships that have been able to pave the way a little bit, open the door.”