Antonio Cromartie Happy to Be Traded From the Chargers to the Jets: “I was unhappy there. I think to me, I felt like it was time for a change of scenery.”
by Bunk

We have our first major trade off-season. San Diego has traded away cornerback Antonio Cromartie to the New York Jets in exchange for a third round draft pick (with the possibility of it becoming a second round pick). That may not seem like much for a guy who was an All Pro in just his second season back in 2007. Cromartie has struggled since then, but it may have been his attitude that convinced A.J. Smith and the Chargers to ship him out of town. As you’ll hear, Cromartie himself says that he butted heads with both players and coaches last year. Interestingly enough though, Norv Turner wasn’t one of the coaches he had issues with. He had nothing but glowing things to say about Turner. Anyway, he’s no longer their concern and now joins Rex Ryan’s defense to play alongside Darrelle Revis. Cromartie joined ESPN Radio New York to talk about being excited to be a Jet, his thoughts on Darrelle Revis (he thinks he’s the best CB in the league), playing for Rex Ryan, how he’s had such great success against Peyton Manning early on in his career, and why his relationship with the Chargers organization deteriorated in recent years. 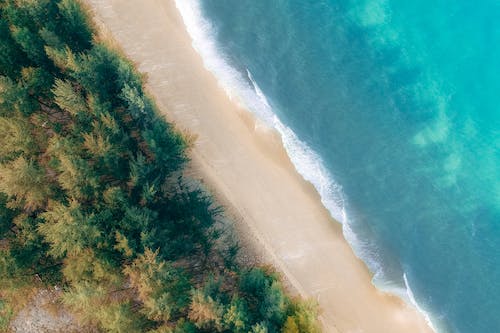 On his immediate thoughts of being a New York Jet:

“Oh yeah, I love the fact that I’m a New York Jet. I was excited to hear the news and just be a part of the number one defense, and just come in and try to help the best way I can and help the organization get to where we need to be and that’s in the Super Bowl.”

On what his conversations with Rex Ryan were like leading up to the trade:

“Man, we were just both excited. Being paired up with Revis, alongside Revis, and just the situation of playing with Revis – him being the number one cornerback in the NFL and teaming up with him, man. We both just got excited about it, and that’s really what it’s all about. Going out, having fun, having excitement about what we do.”

On if he really thinks that Revis is the best cornerback in the NFL:

“Yes, I do. Hands down. He’s a great cover guy. He comes up and and does everything that you ask him to do. He’s a coach’s dream at the cornerback spot…You just let him do what he’s supposed to do. With Coach Ryan’s defense, that’s exactly what it does. It lets you go out and play football the way you’re supposed to play.”

“It’s a lot of man-to-man defense and that’s what I love. A lot of bump and run and getting up in a receiver’s face and getting a jam on him. That’s the part I love so much about being a defensive back. Because I can use my long arms and just get my hands on a receiver and that’s what I love about it. I can make a quarterback throw the ball quicker with the style of defense that we play. And Coach Ryan calls the type of defense that he likes to play.”

On why he thinks he’s had so much success early on in his career against the legendary Peyton Manning:

“Well you know, the first game I picked him off three times. That was my first start ever, I guess they felt like they could go after me and I just took advantage of that opportunity that I had. I think that’s the biggest thing with any quarterback – you just have to take advantage of the opportunities that are in front of you, you have to. And I think that was what I was doing when I picked off Manning four times in two games.”

On if it was true that his former Chargers teammates were growing increasingly resentful with Cromartie:

“No, not at all. I talked to my teammates almost every day. I may not talk to all of them, but the biggest person that I really talked with was Quentin Jammer. He was my mentor, and that’s the guy that I always talked to and he was the guy that always made sure I did the right thing and made sure I always did everything the right way. We did have problems in the locker room, there were a lot of problems within that locker room, but it wasn’t concerning  me or any of us that had problems inside the locker room. I felt like I was a team player, I never mouthed off or anything like that. I just went in and tried to do what I was supposed to do every single day.”

On if he wanted out of San Diego:

On what exactly made him feel like it was time for a change of scenery:

“It was just a lot of stuff with a lot of guys; stuff that I didn’t like. There was just stuff going on with some of our players, and I was one of the guys that would speak up about it…I was just the outspoken guy when I felt I needed to be, and it may have bumped heads with some of the guys or some of the coaches. It makes you unhappy when you feel you’re not appreciated at the highest – and that’s the biggest thing.”

On if he’s content playing out the final year of his contract and then working out something longterm with the Jets once it has expired:

“Oh yeah, that’s not a problem for me. The contract stuff is going to handle itself. For me, I need to do what I need to do on the field from the standpoint of helping the organization out as much as I can this year. Just play the way I’m supposed to play – I’m not worried about any contract issues or anything like that. I just want to come in and be a part of this Jets organization and this team. And get around this team and play football.”
Listen here to Cromartie with Michael Kay on ESPN Radio New York (interview begins at 16:30 mark)