That picture brings back good memories.  Who would have ever thought his career would come down to this.  I probably saw 85% of AI’s games on DirecTV while he was with the Sixers.  That’s the initial reason I got DirecTV back in 1997.  I was a born and bred Sixers fan living in Seattle and I needed to see The Answer play.  Iverson was maddening to watch.  He played so hard on every possession, but very rarely played smart.  He talked about playing every game like it was his last and his willingness to do anything to win.  Unfortunately as a lifelong Sixers fan, that anything didn’t include taking good shots, making his teammates better, playing straight up defense instead of consistently gambling, or working hard in practice.  I used to think it was the talent around Iverson, but then they added players like Joe Smith (when he was still good in Golden State),Toni Kukoc, Keith Van Horn, Glenn Robinson, and Chris Webber and Iverson didn’t adapt his game one bit.  It’s sad, but Iverson has become like Stephon Marbury in that the teams he leaves all improve after he’s gone. 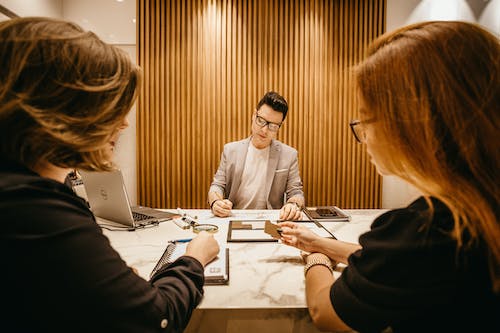 I can’t remember a player’s overall career taking a bigger hit as he got older than Iverson.  Billy King recently ripped Iverson saying some of the things he wanted to say when he was the GM of the Sixers.  And I agree with King.  While Iverson is an astounding talent and a sure fire Hall of Famer, I grew tired of his act after 5 to 6 years in Philly.  The one man show got old and I’d much rather watch team basketball with great ball movement.Iverson is going through the free agent process for the first time in his career and the results have been sad.  He’s toxic.  No one will touch this guy outside of the Memphis Grizzlies.  If he’d just be willing to actually do what he says (conform he’s game to whatever the team needs from him in order to win), he’d be an asset to every team in the league.  The Grizzlies just met with Allen Iverson in person for the first time and Grizzlies GM Chris Wallace describes the meeting to WHBQ in Memphis.  I think it’s a huge mistake for the Grizzlies to take time away from Mike Conley and OJ Mayo.

How imminent is this deal, is it that close:

“I like to never say  that a deal’s a deal until it’s a deal if you know what I mean.  Do you have everything signed and on paper.  We had a very productive meeting yesterday where both sides got to know each other and what are expectations were…we go to hear Allen out and he got to hear us out and I thought it went pretty well.”

“He would come in like any player. He’d come in to camp, compete, get on the same page with the coaches and your other teammates and you take it from there.  He indicated to us that he justs wants to come in and help the team out, to get better, to win, and he’ll shine during the process.  I think Allen Iverson is going to be very fine with whatever role he would end up fulfilling in Memphis.  I also think too much is placed on starting.  There’s 48 minutes in an NBA game.  There’s an awful lot of minutes out there for a number of players.  The old coach said it’s not who starts, but who finishes too.  He knows where we’re coming from, we know we’re he’s coming from and I think this is going to be a very productive marriage.”

I think he’s the best small player in the history of the game:

“I agree with you.  You know 34 years old is 34, but this guy has a lot left in him.  He’s eager to play, he’s been working out this summer, and there’s definitely still an ‘eye of the tiger’ when you look Allen Iverson in the face.”
Michael Heisley is proving to us that he is doing whatever he can to try to make this team work in the eyes of the fan:
“If he comes here, it’s not just for box office.  This guy’s a player that’s going to be in the Hall of Fame one day.  This guy’s had a great career.  Look at his numbers recently when he was at Denver.  Detroit wasn’t the best stop throughout his entire career,, but he did very well in Denver, he took Philadelphia to a championship, he’s got boundless energy…he’s still good that spring in his step and if you look at the other names that are out there, possibilities in free agency, their careers just don’t compare to Allen Iverson.  So if you got a chance to get him, you got to go try to make that happen.”

If it happens does it come sooner or later?

“Iverson I think will make a decision relatively soon. I can’t tell you exactly to the hour on that.  (Host:   Did you ask for a time, we need to know by sunset Thursday)  No, we didn’t say anything like that.  This is the first time that the Grizzlies and Allen Iverson had gotten together.  So this was a getting to know each other type of meeting and getting everyone’s cards laid out on the table.   So this I just think Allen wants to get something done sooner rather than later.  We’re three weeks away from NBA camps opening. So I think he wants to get his family settled into whatever town he goes to.”