Alex Rodriguez: “I’m In A Totally Different Place Than I Was At 500″
by Paul Bessire

Alex Rodriguez has never been a “gets it” guy on or off the field, but at least he’s trying now. After an early 2009 that saw Rodriguez publicly admit to the use of performance enhancing drugs, pick up the pieces from a just-finalized divorce and miss the World Baseball Classic and opening to the season with a torn labrum in his hip, he clearly decided to do what he could to change his life and become and better person and teammate. Initial interviews still came off awkward and insincere, but he has come a long way.With the World Series victory last season and a team and fanbase that appears to support him, Alex Rodriguez seems to have finally found something genuine in himself and this game. That sounds a bit dramatic, but it seems to be true. With everything that has happened, the weights seem to have been lifted off of him. He may never be a guy who fits in or ever truly gets it, but fall all the wrong that he has done, we can’t fault him now for trying. Alex Rodriguez joined Michael Kay on ESPN Radio New York to discuss the wait for his 600th home run, what that means given his admission to using PEDs, changing his life in the last three years and the career home run record. 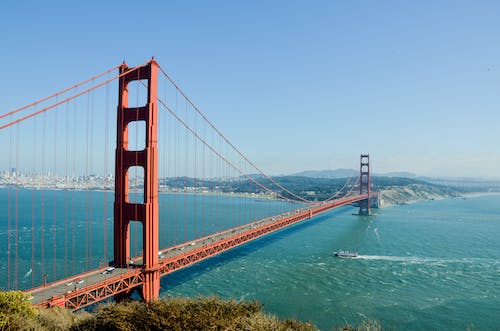 On taking so long to hit his 600th home run:

“I’m glad we did it in a winning fashion so we finally have it behind us and can focus on winning baseball… It was getting difficult because I wanted to really move on with it and focus on the team. We are right in the middle of a pennant race and I knew we had Boston coming in for four. What I have focused on over the last few years is focusing on good hard baseball and being one of the guys. One of the things that I have prided myself in the past two years was to let my playing do the talking and do a little talking in the clubhouse. It seems like the last four or five days, it’s been the exact opposite – talk a lot and not do much out there.”

On how we should view his home run total relative to his admitted use of PEDs:

“I don’t think anyone should ignore what happened last year. That was a big day in my life. It was probably one of the toughest days if not the toughest day of my life. At that press conference, I had an opportunity. I knew that I had an opportunity to do things right both on and off the field. I made some promises and said some very strong things… For the most part, I think that I’ve stayed to that script. I’ve done the best that I can to be one of the guys, to do some of the things that I’ve done off the field as quietly as possible and just go out and play baseball. And the irony is that I’m enjoying the game more than I did pre-500 and all that stuff. I have nothing to say. I’m not the judge or the jury. When it is all said and done, when my contract is up in New York and I get to retire, I think people are going to look at my body of work and say yes, no, or indifferent. That’s up to them. I’m not here trying to change their mind or not. I’m trying to walk the walk.”

“I think the further that I get away from this (hip) injury, the better I am getting. It’s trial and error still. For the most part, I can’t answer that question. My job is to go out and play. I’m a much better team player. The support from my teammates and the fans has really been overwhelming. I don’t know if I am any better. I am a better player for a winning team… You talk about perspective. My world has turned upside down from 500 to 600. The support from the fans, my teammates. I have guys from the NBA, the NFL and other teams texting me and cheering me on. That’s totally different from 500. I think the support around baseball, around sports, even the writers. I did my best to be at my locker every day. I was there before and after the game… I’m in a totally different place than I was at 500. I was stressed out with a lot of things. But right now, I’m at peace with myself. I’m happy.”

“The pressure is completely taken off when you are talking about the team. Most of my at-bats were blowout games. It was 47 at-bats. I bet 30 of them were with nobody on base, the game was out of reach and the only thing on my mind was probably just hitting the home run to get past it and get back to the team. The ones that I had men on base, the ones where I had men on base with two outs, were the easiest to focus. Those were the ones that I did actually the very best in those 47 at-bats.”

And on if he thinks about breaking the career home run record:

“I think you do every once in awhile on the big picture. But again, it took me exactly three years to get from 500 to 600. It’s not even on my radar. You really just try to focus on the present and today and this season and try to accomplish number 28. That’s what we’re here for. If we’re talking in a few years, it would be much easier to answer the question.”