Adult Film Star Bibi Jones Says She Didn’t Sleep with Rob Gronkowski, but Has Slept with Paul Bissonnette, Dan Uggla, Among Others

As bye weeks go, Rob Gronkowski seemed to make pretty good use of his. The New England Patriots tight end was apparently in Arizona during the team’s off week, because pictures surfaced on Twitter of him shirtless with adult film star Bibi Jones wearing his Patriots’ jersey. Jones says she didn’t sleep with Gronkowski, but wishes it would have happened.Unfortunately for Gronkowski, that story seems to stack up well given the fact that Jones is so open about who else she has slept with. She says she slept with Phoenix Coyotes’ player Paul Bissonnette, even though he’s denying it, and has been with Atlanta Braves second baseman Dan Uggla, as well as numerous others that she can’t divulge because some are married. She also says an agent in Phoenix used to have her sleep with potential clients so they would sign with him.Bibi Jones joined 98.5 The Sports Hub in Boston with Toucher and Rich to discuss how she met Gronkowski, the pictures with her wearing his jersey, watching her films with Gronkowski and his friends, why nothing happened between the two of them, her attraction to Gronkowski and other stars that she has been with. 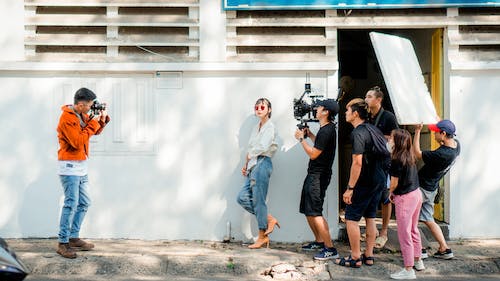 How long have you known Rob?:

“I just met him this weekend ’cause we have mutual friends who played football with him at the University of Arizona.”

“I didn’t know who he was. My friends just invited me over and we were all hanging out and he’s like this huge dude. I didn’t know who he was so I asked him what he did for work, so he told me, and I was like, ‘That’s cool.’ We ended up, it was like me and six or seven other guys and him and we ended up watching one of my movies.”

Whoa. So what’s Rob’s reaction during all of this?:

“He was very polite and such a gentlemen. He wasn’t a creeper or anything.”

So, once again, where did the jersey come into play?:

“He just carries it around with him. That’s what I asked, ‘So you just have a jersey?’ He was like, ‘Yeah, for times like this.’ … He had it in his suitcase.”

Did he know you were an adult film star before you went over?:

But you’re saying that nothing happened?:

“Nothing happened. I wish something had, but nothing happened. … I asked if I could have some pictures with him and he said, ‘Yeah, wait, put on my jersey.’ I said, ‘OK.’ We were taking pictures. I asked him if I could put it on Twitter because some athletes wouldn’t want that since I do do adult films and they don’t want to be associated with that. He was really cool with it because I have more Twitter followers than him.”

Some of these guys that you work with aren’t the best-looking guys. Gronkowski must have appeared pretty attractive compared to some of them:

“Yeah, he was like a dream come true. I really, really, really wish that it would’ve happened, but I’m not going to throw myself on someone. … I think maybe my friends would have been mad at me.”

Did you guys exchange phone numbers or at least talk about meeting up again?:

Now, you were hanging out with Phoenix Coyotes’ Paul Bissonnette recently as well, right?:

“You know, I did screw him, and he denied it. … He went on the radio and said that he didn’t, but he totally did.”

What? Why would he deny that?:

What other stars have you been with?:

“I’ve been with lots, but most of them are married.” How about the ones that aren’t married?: “Dan Uggla. There’s a lot, but I can’t say.”

How do you meet all these athletes?:

“For a while, I knew an agent in town and he would kind of use me to get baseball players to sign him as an agent.”