ATLANTA, GA - APRIL 24: Dwight Howard #8 of the Atlanta Hawks is seen during Game Four of the Eastern Conference Quarterfinals of the 2017 NBA Playoffs on April 24, 2017 at Philips Arena in Atlanta, Georgia. NOTE TO USER: User expressly acknowledges and agrees that, by downloading and/or using this photograph, user is consenting to the terms and conditions of the Getty Images License Agreement. Mandatory Copyright Notice: Copyright 2017 NBAE (Photo by Scott Cunningham/NBAE via Getty Images)

We’re less than three weeks away from the start of the Major League Baseball season. One team that’s hoping to get the awful memory of last season out of their collective mind is the San Diego Padres. San Diego won just 75 games, which actually wasn’t that bad a number considering how they started last spring. The NL West is a pitching heavy division, and though San Diego can’t quite match the rotations of the other NL West teams, they arguably have the best slugging bat in the division in Adrian Gonzalez. The left handed first baseman hit 40 HRs last year, extending his streak of seasons where he increased his HR total from the previous year. Gonzalez joined The Drive on XTRA 1360 in San Diego to talk about how he’s not interested in getting more individual recognition this coming season, how there’s more stability within the organization this year compared to last when the team was undergoing a change in ownership, how he thinks the Padres can compete with anyone if they do the little things correctly, and on how there should be more RBI opportunities for him this year thanks to the new faces in the Padres lineup. 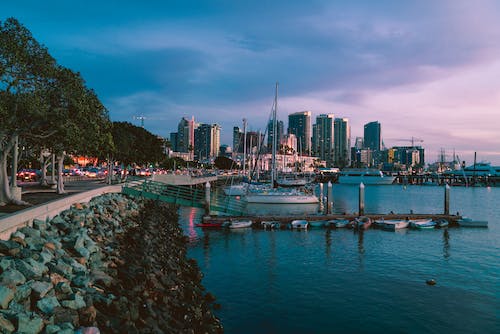 On if he’s looking at this upcoming season as one where he can and should garner more individual recognition:

“No, I don’t really look into those things. I just try to be ready every day, try to prepare myself physically, mentally, and then just go out and play the game and let the stats and awards take care of themselves at the end of the year and not worry about them. If I get something great, if I don’t, it’s not something I’m playing for.”

On if things seem a bit less hectic this spring compared to last when the Padres were going through an ownership change:

“Yeah, it’s definitely a little more organized, there’s more of a foundation. So from that aspect it’s good to have more of an ownership. Like you said, there’s not a transition period, and there’s a plan in tact, so that’s some definitely something to look forward to.”

On if he looks around the rosters of the other NL West clubs to analyze whether or not the Padres have a legitimate shot at contending this year:

“Well I’ve always been a big believer that you look at yourself first before you look at anyone else. I think if we play baseball the way it should be played – we can make physical errors, but no mental errors, just play the game right and do those things – then we can beat anybody at any given time. It doesn’t matter who’s on the other team, who’s pitching, and those kind of things. So, you worry about playing the game right, then you worry about who you’re playing against.”

On if he’s excited that there’s more talent in front and behind him in the Padres order, which should create more ‘protection’ for him as well as more RBI opportunities:

“I just think having people on base is going to help. We’ve got guys that hopefully as a group will have a collective .330 on base percentage or so. So we’ll be on base quite a bit hopefully and that should create some RBI opportunities and opportunities for me to see pitches. I think teams are still going to approach me the same way. With guys that are 1 year, 2 years in – there’s not a lot of history behind the hitter. So they’re still going to try to avoid the situation where I can drive in runs. But I think the guys that are there are going to have to step up in order for teams to start thinking a different way.”