February 23rd, will go down in UFC history. It was the first time a female headlined a UFC fight. Not just any female. The ultra-popular and exciting Ronda Rousey. And like she has done so many times during her career, Rousey put on a show and sent the crowd into a frenzy. There was a time in her fight against Liz Carmouche where it looked like Rousey was about to get upset. However, the former Strikeforce bantamweight champ rallied and in the late first round Rousey submitted Carmouche using her signature move, the arm bar. The first women’s fight in UFC history proved to be a huge success. It was in front of a sell-out crowd and Rousey received national attention. She proved that women are here to stay in the UFC and opened the doors to allow more into the Octagon. Ronda Rousey joined WDAE in Tampa with Ron and Ian to talk about whether she knew MMA would do this much for her popularity, on her relationship with her parents that was talked about on “Real Sports,” how she feels about the reaction to her pictures in the Body Issue of ESPN the Magazine, whether her mindset was to arm bar Liz Carmouche and what is next for her. 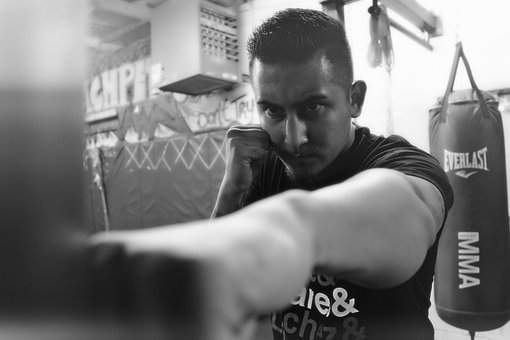 Whether she knew that MMA would do this much for her popularity:

“I knew it was possible and it was what I was aiming for but to have it happen this quickly and this flawlessly, I’m knocking on wood right now, it would be unreasonable to expect this but I have expected unreasonable things up until this point.”

On her relationship with her parents that was talked about during the Real Sports piece:

“What specific would you like to know? I love and adore both my mom and my dad. I was very lucky to have such amazing parents and they influenced me a lot. My mom taught me my first arm bars and my dad gave me my self-confidence and my mindset for the rest of my life.”

How she feels about the reaction to her pictures in the ESPN Body Issue:

“It has gone really well. I didn’t do anything that I felt was morally wrong. I think the ESPN Body Issue is an honor to be a part of, it’s an honor to be asked of. It’s nothing about sexuality or vulgarity, it’s about celebrating the peak of human potential and the best the human body can be. For someone that had really bad insecurity, self-esteem and body image issues as a kid, to be asked to do something like that is something really affirming that I can look at that now and feel like I have gotten past that and I’ve grown as a person.”

Have you ever gotten in a fight with a guy?

“Yeah I’ve gotten in fights but they have always been self defense situations. Even in those situations I always wished I never got into the fight at all. I’ve never gotten away with a fight, I’ve always gotten in so much more trouble and every fight has been worse so I’m very ‘Daniel Son’ when it comes to my fighting policies because it’s never going to work out favorably even when I do win.”

Whether her mindset was to arm bar her opponent going into the fight:

“No, I never go for a particular finish. I just kind of follow the, it’s weird every action that you do has several reactions that they can do, so I follow the train of reactions that they have and I kind of try to narrow it down into a finish. We came out and I tried striking away. Then she ended up backing up into the cage. Then I’m like ‘okay she is on the cage now’ so I was leaning on her and trying to do several different things instead of a takedown. I got the takedown, set that up, I was trying to go for an arm bar but I didn’t really train my grappling against any walls which was my mistake. I kind of forgot she was going to be able to climb up the walls. I was trying to do an arm bar with my legs. She went up the wall, took my back and then I had to think about, ‘okay this is a situation now’ so I had to think about not leaning against the wall, had to walk in the middle of the ring, keep her off balance and do all that stuff. So it’s all reaction. It’s not planned. I wasn’t thinking about arm barring her when she was on my back. I was thinking about the situation that was happening in the moment.”

How many arms have you snapped?

“I don’t count things like that. Who has time for that?”

What’s next for you?

“I don’t know. I know they are having a second women’s UFC fight in April with the Ultimate Fighter finale card. Miesha (Tate) is who I fought to get the Strikeforce title originally. It was a very, very exciting match and there was big buildup because we don’t really like each other that much at all. Then Kat Zingano is one of the few other girl fighters right now that has an undefeated record so either of those girls, whichever one wins, I would be interested in fighting.”