If I’m Jim Irsay this week, I’m absolutely living it up while I’ve still got the chance. Irsay’s Indianapolis Colts are playing host to Super Bowl XLVI on Sunday and all the planning, preparation and duties throughout the week probably give him a nice reprieve from thinking about the ongoing situation with his team and quarterback. Or at least they would if the media weren’t asking him about it every five seconds. Irsay says he’ll sit with Peyton Manning after this week and in the next few weeks before coming to a decision about the lucrative roster bonus for the legendary quarterback who missed all of this season with a neck injury. Irsay also says the plan had always been to hopefully get an understudy in for a year or two under Manning, and that that possibility still exists. Jim Irsay joined WFAN in New York with Mike Francesa to discuss Indianapolis hosting the Super Bowl, the city of Indianapolis itself, a timetable for his decision-making with Peyton Manning, how tough the situation is, his relationship with Manning, the Johnny Unitas situation, if having Luck out there makes the decision harder and why Manning and Luck could potentially both be on the roster next year. 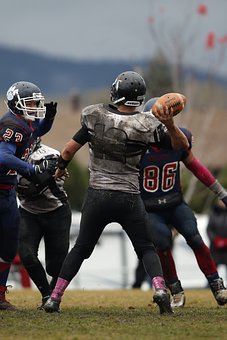 How has Indianapolis done as a host city up to this point?

If I asked you to sum up Indianapolis in a word or two, how would you do it?

“I think it’s Midwest sincerity. It’s hard work. It’s really, I think, being organized and big enough to be a big city but still the feel where people are really comfortable here and friendly. I grew up in Chicago, about 150 miles away. The Midwest is very similar. Chicago’s a little bit different. A little bit of an edge.”

What is the timetable going forward with the future of the Colts?

“I think a couple things. When you talk about the future of the Colts, it really is just that in terms of there are many storylines, many changes, complexities that have happened with the franchise. … There’s a lot of changes going on within the franchise. These things have kind of been forced to me. … I also haven’t closed my eyes to them, because in this business you’re going to be looked at by winning and losing. I think, with Peyton’s situation, it’s still a wait-and-see situation. We’ll sit down after the Super Bowl, we’ll talk in the month of February and early March and see where we’re at. But I think one thing that gets lost a little bit here is the complexity of this injury. This is a neck that’s had multiple surgeries. It’s neurological and the best doctors in the world cannot tell you exactly how it’s going to work out.”

How tough a situation is it for you?

“It is. It’s a tough situation. At the same time, you have to remember, as the owner, before you put a player like this, who’s meant so much to your city, team, the NFL, back onto the field. We get criticized a lot in the NFL by some that say we don’t look at that enough. Like I said, this isn’t a knee or an ankle, this is a neck.”

How would you describe your relationship with Manning right now?

“We’ve known each other for so many years. He wants to win and I want to win. You don’t always see eye-to-eye that way. So, he can speak his mind to me and I speak my mind to him and it’s a great relationship. At the same time, sometimes, if it’s third-and-seven, I don’t go to Peyton and say, ‘Why did you go to that receiver? Why did you see the tight end underneath?’ He plays quarterback and my responsibility as the owner is putting management, coaching, all those things into place. And you’re always going to get feedback from a great player like that, but in the end, there has to be a separation there. … So we have a great relationship. We’ve been through a lot together.”

What do you remember from the situation with Johnny Unitas?

“I remember being in Joe [Thomas’] office and my dad was around, following my dad around. I actually lived with Joe in Golden, Colo., during training camp my first year in 1972, so I knew Joe very well and had a million questions a day for him. But I think, at the time, Joe really was a very dynamic, aggressive, kind of bombastic kind of guy. He really didn’t have kid gloves, so to speak. It’s tough. … Fans love to see players go out on top. … I think, ideally, when you have a player with one franchise, that’s the way that you want it be [that a player plays his whole career in one jersey]. So hopefully we can avoid that, but we’ll see what the next month and a half brings.”

Does the fact that a special player like Andrew Luck is out there make your decision even tougher?

“I don’t think so. With the way the rookie pool is now, the way things changed after we got this new CBA, it’s a lot easier. Before, you might think, well, you’d have to have Aaron Rodgers later in the draft because he’s not taking up as much cap space. But now I think that you can do. Ideally, the way we always envisioned it, was hoping that you’d get a replacement in place, that he’s there for a year or two.”

Is that a possibility?

“I think that’s a possibility. I think they’re unrelated in this aspect, that this is a two-aspect medical issue. That’s very complicated with the neck.”