Will Pat Riley Coach the Heat This Year? Phil Jackson Thinks So

Phil Jackson is one of the best coaches in the history in the NBA and he understands what it takes to be a championship team.  (Editor’s note:  Coach players like Michael Jordan and Kobe Bryant) In the offseason when LeBron James, Chris Bosh, and Dwyane Wade formed a super-team in South Beach, they captured all the headlines and there were some that thought that trio might threaten Phil Jackson’s Bulls team that went 72-10. However, it doesn’t look like that will be happening. If the Heat even have hopes of getting to 72, which I don’t think they do, they would have to go ea64-4 the rest of the way, which by watching Miami play, that’s just not possible.It won’t be long until the talk of Pat Riley coming down to coach the team starts surrounding the Heat as well. They have already faced a ton of adversity and they have already sustained a number of injuries, and if this team doesn’t start winning in a big way sometime soon, they could have a coaching change.Phil Jackson joined ESPN Radio Chicago with Waddle and Silvy to talk about whether or not he is surprised at the rough start for the Miami Heat this season, whether or not he thinks Pat Riley will be coaching the Heat, if he still plans on retiring at the end of this year, and how his team this year stacks up against the team that won the championship a year ago. 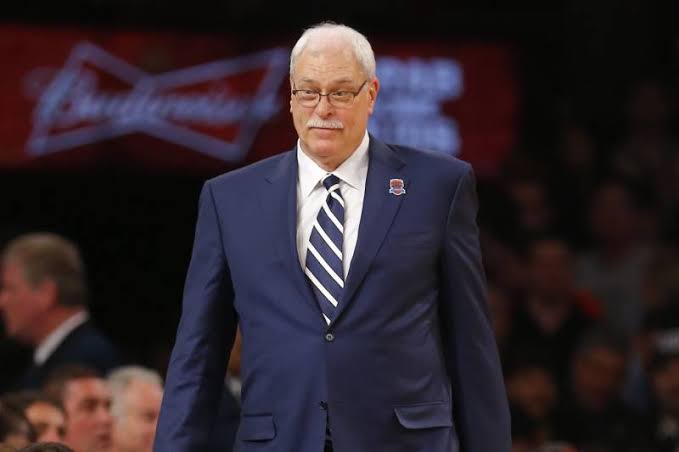 Are you shocked that the Heat are 8-6 right now?

“Well I think that record says a lot about coming together with some real talented guys, and not having a base. And then something’s happening to them, Wade getting hurt, he’s been the one who’s seemed to be the most set in the system, because he’s been there for a number of years and he’s comfortable with what their system is. Bosh has gotten used to it and now he’s scoring. James has been used more as a facilitator, actually a point guard towards the end of the game. So they’re still searching out how they are going to find their roles, and work their roles together. The big loss this week that everyone’s kind of talking about in the basketball world is (Udonis) Haslem. He’s been a very productive power forward for them, and a very consistent shooter, so everyone who attacks the basket (James and Wade), have an outlet pass to this 6’10 guy who can knock it down. He’s out indefinitely, so that’s really going to hurt them inside.”

As a guy that has battled Pat Riley through many playoff wars, are you expecting him to coach that team?

“The scenario that sits kind of behind the scene, is eventually these guys that were recruited, Bosh and James, by Pat Riley and Micky Arison, the owner, are going to come in and say that we feel like you could do a better job coaching the team, we came here on the hopes that this would work, or whatever. That’s kind of my take on it, is that eventually that if things don’t straighten out here soon, it could be the Van Gundy thing all over again.”

Are you ready to call this year with the Lakers, your final as a head coach in the NBA?

“I have called it the last stand, that’s basically as far as I’ve gone. This year is a year that is rent with all kind of possibilities for a lockout, I see that Billy Hunter has said in the last couple of days that he fully expects the lockout this summer between the owners and the players, as they negotiate a new contract. And you know my tenure with this basketball club would definitely be over if there’s a lockout, simply because my contract is over. Obviously to stop for a year and then resume coaching just doesn’t seem to be a possibility right now in my life.”

Then with no lockout you are back in the possibly?

“Well we have a succession I think going on here. Brian Shaw is kind of looked at as the guy who’s going to succeed me here. I’ve sat in the seat here a couple of years longer than I had thought, at the behest of the owner, which kind of left Kurt Rambis out there to have to go find a coaching job on his own, where he did in Minnesota. I would hate to sit in the way of Brian Shaw coming in and being a head coach, and it’s time really, for me to move on and I don’t see a scenario that would stop me from doing what I think I should do, and that’s retire.”

Does this year’s team have a chance to be even better than last year’s championship team?

“On paper I think it looks great, we have back- ups for Fish (Derek Fisher), Kobe and Ron Artest. Steve Blake, Shannon Brown is playing great behind Kobe, he’s averaging in double figures from the bench, and Matt Barnes is playing really well behind Ron Artest. That has really been a focal point giving us a lot of points. But we have no back-ups right now behind Lamar (Odom) and Pau (Gasol), Andrew Bynum is in the process of getting himself ready for the season and it still looks like it’s a ways away, if and when that happens we are going to be OK. But right now I’m a little bit anxious that we have no back-up for these talented big men, Lamar and Pau, and if either one of them gets hurt, we really have no reserve role to fit in that spot.”